The Possessions review: sexual obsession from beyond the grave 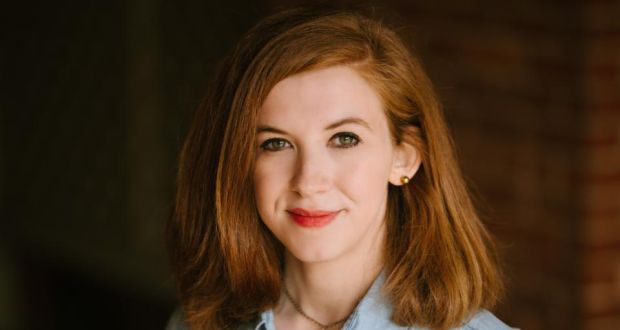 From Edgar Allan Poe’s The Tell-Tale Heart to Zoe Heller’s modern thriller Notes on a Scandal, the unreliable narrator is a cherished fictional device that lures the reader into a disconcerting sympathy for characters we’d run a mile from in real life.

The fun lies in unpacking the different types of unreliability. The narrator whose credibility is compromised, the narrator who sets out to deceive, the self-deceiving narrator, the narrator in the dark themselves: it falls on the reader to work out the deception.

The duplicity is often exposed in the form of a plot twist; Fight Club and Gone Girl offer two relatively recent examples. Other novelists choose to gradually reveal the personality of their narrator in a series of mini cliffhangers that draw attention to the fact that all is not as it seems. The American author Sara Flannery Murphy has chosen the latter approach for her debut novel, The Possessions, an atmospheric ghost story narrated by a damaged young woman.

Set in a nameless city, an eerily resonant dystopia, the novel centres around a secretive society that offers the bereaved the chance to reconnect with their loved ones. Our narrator, Eurydice, or Edie for short, has worked for the Elysian Society for five years. A model employee, she is lauded by her boss, Mrs Renard, for her immaculate record and resented by her colleagues, who view her as a drone.

Edie and her fellow “Bodies” swallow pills called lotuses that allow them to channel the dead, both mentally and physically. Although the society’s strict code forbids sexual contact, many of the Bodies work after hours, opening up a world of murky ethical choices and danger.

Discreet and detached, Edie seems like the perfect Body, but we learn from the outset that she has chosen the role to escape her past: “I’m grateful for the chance to lose myself in the weight of the routine. Downing the lotus over and over, surfacing like a swimmer for a bracing breath of my own body before I submerge again.”

The human desires that she has worked for years to suppress are resurrected by a new client, Patrick Braddock, whose guilt over his wife’s death has led him to the society. As Edie downs the lotuses for the sessions the beautiful and vibrant Sylvia comes to life again, and the two women’s secret histories begin to overlap.

Themes of obsession, possession, death and spiritualism are central to the novel, and Murphy handles the ethical dilemmas skilfully, in a way that lets the reader ponder them too.

Short chapters that end too often with obvious cliffhangers give a forced feeling to the suspense, but Edie’s unreliability offers a genuine mystery that holds the attention.

There are echoes of Margaret Atwood’s The Handmaid’s Tale in the subservient nature of Edie’s role, although Murphy’s writing is more pedestrian.

Her debut novel pays homage to classic ghost stories, recalling the hermetic worlds of Susan Hill and Daphne du Maurier, the latter’s Rebecca in particular. The timid but persevering unreliable narrator of the second Mrs de Winter is mirrored by Edie, with Mrs Renard possessing a Mrs Danvers-style penchant for the macabre.

The Possessions is convincingly otherworldly as it melds together the living and the dead. From the orange sheen of the lotuses to the monastic living conditions of the Bodies, and to the very real grief of Edie’s clients, death and loss are everywhere.

Part vessel, part therapist, Edie offers the reader psychological insights: “All my clients have a different way of managing tears: banishing them, indulging them”. As they choose to divulge certain parts of their lives, she notices that “a single secret contaminates everything around it, turning honest moments into things to be guarded”.

Less successful is a subplot concerning the unidentified body of a young woman, Hopeful Doe, whose story strains to be integrated with Edie’s.

Shoddy writing at times distracts from the plot – “My approaching reflection sharpens in the front window as I approach”; “I’ve spilled the dark core of myself as casually as I might tip over a glass” – and the novel at times feels repetitive, as Edie dwells on how Patrick has reawakened her desires.

Unreliable narrators and the stories they tell are usually sustained with plot twists, and readers may be disappointed with the outcome of the Braddock narrative.

Edie’s own unravelling is far more compelling. Murphy offers a perceptive view of tough subjects without ever preaching. Her debut is the story of a telltale heart that keeps its secrets close.