The Man Who Was Saturday review: Airey Neave’s life in the shadows

Patrick Bishop revels in contradictions of Conservative who was notoriously private 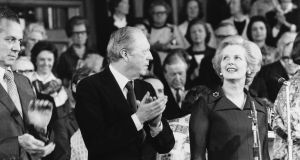 Book Title:
The Man Who Was Saturday

It is entirely fitting that Patrick Bishop employs a code name in the title of his biography of Airey Neave, for Neave was a man who seems to have lived most of his life in the shadows. The achievement of which he was proudest – that of being the first Briton to achieve a “home run” after escaping from Colditz in 1942 – was achieved by travelling incognito; during the war he served with the intelligence agency MI9 under the code name “Saturday”; and his post-war career as an MP was largely spent languishing on the backbenches. Even after his belated emergence as a public figure late in the mid-1970s, having backed Margaret Thatcher for leader of the Conservative Party, Neave spent much of the rest of his life serving as shadow secretary of state for Northern Ireland, until he was assassinated, in 1979, by the Irish National Liberation Army (INLA).

And yet Airey Neave was a man of many and varied accomplishments. The Colditz escape dominated the rest of his life, but it was Neave, as a young prosecutor, who read out the indictments to the Nazi leaders at the Nuremberg Trials (he was subsequently awarded an OBE, and afterwards a Bronze Star by the US government). A best-selling author – he published a number of titles, including They Have Their Exits (1953) – he was respected on both sides of the House, despite being considered “a mediocre speaker”, as an indefatigable campaigner on a number of social issues.

Patrick Bishop is obviously a fan of his subject, and revels in the contradictions of a man who was a notoriously private public servant. Neave, for example, never forgot the courage and resourcefulness displayed by the female spies he co-ordinated during the war (“He seems to have seen in [Margaret Thatcher] some of the qualities he admired in his wartime women agents.”), and yet he and his wife Diana’s “attitude toward their daughter’s prospects was practically Victorian.”

Well-liked and respected throughout a career spent “wholly absorbed in politics,” the whiff of conspiracy lingered throughout – Neave, it was whispered, never really cut his ties with the intelligence agencies. Generally considered a progressive Conservative, Neave nevertheless supported the death penalty for political murders; and while appreciated as an even-handed and occasionally generous political opponent in the UK, Neave, says Bishop, made for a discriminatory shadow secretary of state for Northern Ireland: “His sympathies were with the Unionists and their Protestant culture. He respected their identification with Britain and their history of sacrifice in its interests.”

Much of this biography reads like a Boys’ Own version of a John le Carré novel, and works on that level as a pacy, absorbing read. But in his desire to establish a central narrative thread, Patrick Bishop overlooks a number of Neave’s contradictions. He quotes Neave’s daughter Marigold’s suggestion that Neave saw his position as Northern Ireland shadow secretary “as somehow a continuation of his wartime service”; Bishop himself states that Neave was “a patriot, but not an imperialist”.

“Since adolescence,” writes Bishop on the first page, “[Neave] had been opposing those he saw as the enemies of democracy – as a soldier, a prisoner of war, a Colditz escapee and an intelligence officer.” And yet Neave, justifiably proud of the part Britain played defeating Nazism, never seemed to understand the ramifications of historical British imperialism; meanwhile, Bishop employs very broad strokes when he states that Neave’s position as shadow secretary of state for Northern Ireland “had taken him back to where he began: doing battle with what he saw as the forces of evil.”

That said, Airey Neave emerges from these pages as a fascinatingly complex man, a sepia-toned throwback to a not-too-distant era in British politics when Conservatives could still be described as compassionate, public servants put their lives on the line for the greater good, and patriotism wasn’t necessarily the last refuge of a scoundrel.

Declan Burke is an author and journalist. He is the editor of Trouble is Our Business (New Island)