The Hiding Game: An intoxicating novel brimming with Bauhäusers

Book review: Naomi Wood's powerful observation of what it means to be human 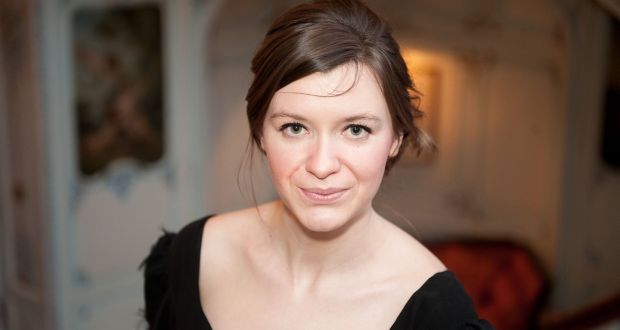 The publication of Naomi Wood’s intoxicating Bauhaus novel coincides with the centenary of the Weimar republic’s era-defining art school. With exhibitions of Weimar art in London’s Tate Modern, Weimar music by the Philarmonia Orchestra at the Royal Festival Hall, and a programme of Weimar cinema at the British Film Institute, the public appetite for the art and culture producing in pre-war Germany of the 1920s seems insatiable.

Does the magnetism of the period lie in its stubbornly optimistic search for beauty and truth in spite of political and social decline? Are we hoping to learn from those that have gone before us how to avoid a similar fate? Or are we compelled to acknowledge that so much of what of we fear today is an echo of the past reverberating through time?

Wood addresses all of these questions and more in The Hiding Game, her third novel that follows the award-winning Mrs Hemingway of 2014.

Comparisons have been drawn with Donna Tartt’s The Secret History, dealing with intense relationships, petty and poignant betrayals, and unreliable perspectives of a talented, charismatic and obsessive friendship group who enter the Bauhaus in 1922.

Both novels are narrated by a confessional male protagonist, in Wood’s case the passive aggressive Paul Beckermann, and both offer great depth in the psychological excavation of the interior world of the idealistic and searching students.

Where Wood differs from Tartt, however, is in the mode of execution; there is less explicit complexity in the narration and an admirable restraint in demonstrating what is clearly her profound understanding and knowledge of the world this novel inhabits.

Amongst the fictional characters, Wood intersperses some of the extraordinary real life Bauhäusers: Johannes Itten, Paul Klee, Wassily Kandinsky, Anni and Josef Albers, Franz Ehrlich and Otti Berger. Witnessing their interactions with Wood’s fictional characters, albeit imaginary, reads like an irresistible glimpse into the secret life of the Bauhaus that is quite intoxicating.

It is also extremely effective when Wood allows her characters to interact with the real work of those artists as when Paul sees a mirror of his group’s dysfunctionality in Klee’s famous Bird Garden painting. With a light touch, the imaginary world of the novel is infused with the concrete reality of its physical ancestors.

Beckerman offers a reluctant confession from his new life in England decades after the fact. It is clear from the outset that the crimes of the past are not his alone as he begins to understand the complicated and often toxic relationships his clique held with the infamous Bauhaus school, and with each other.

It takes tremendous skill to set a novel in a moment of history that is already so comprehensively represented in both fact and fiction and manage to reveal something new. It requires even greater ability to deliver a personal narrative that is not overshadowed by what we now appreciate as perhaps the most significant period in global history.

With a deft hand, Wood demonstrates the blissful ignorance of the students as they obsessed about micro tragedies while on a macro level society around them was in freefall. Beckermann notices that an acquaintance Oskar “wore a different uniform now, the same as Hitler’s men” but although they are aware of more trouble in Berlin, “the school was a separate zone of swarming light”.

It is unnerving to observe how casually Beckermann and his cohort dismiss the warning signs around them, Paul glibly accounts that his father is a fascist with the same resigned helplessness that a son might speak of his father joining UKIP or voting for Donald Trump today. From the safety of the future he can see that they “underestimated the dangers” and never anticipated that “things would get so bad”. And yet, he is forced to see now what he refused to bear witness to then, “as the black wing of memory brushes against” him.

It is sobering to enter Wood’s spirited, fractured but beautiful world of the Bauhaus and hear how the conversations of 1920s Germany echo so profoundly the passive handwringing we engage in today as we condemn the past and ignore our own warning signs. As Beckerman says, “I had the odd feeling we were made from very fine powder, and with only a breeze we might be blown apart. How quickly all this beauty could come unstrung”.

For anyone with even a passing interest in Weimar art, the iconic Bauhaus cultural production or the efficacy of art as medium for truth, this novel is a great gift. It is also much more than that – a nuanced, powerful observation on what it means to be human in a world that seems determined to learn little from history.