The Ghost Factory review: A first novel that haunts for the wrong reasons 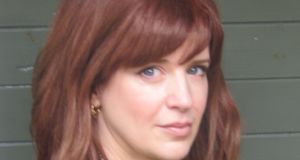 A book lives or dies in its sentences. To paraphrase Anne Enright, in an interview to the New Yorker some years ago, a good sentence does many things at once – it is like a three-dimensional crossword.

Slackness at sentence level is the downfall of Jenny McCartney’s debut novel The Ghost Factory, a well-meaning tale that looks at the repercussions of sectarian violence on Northern Ireland’s civilian population.

McCartney grew up in Northern Ireland and lives in London, where she works as a writer and reviewer for national publications. Her debut starts strongly, with an engaging young male narrator, Jacky, telling us about the misfortunes of his best friend Titch. The ironically named gentle giant has been beaten up by a group of loyalist heavies for stealing a packet of Jaffa Cakes in the local shop. Set in Belfast in the mid-1990s, the opening chapters vividly depict the friendship between Jacky and Titch, a modern-day George and Lennie who are ultimately undone by the evils that surround them.

Insular, overweight Titch, who has “the relentless, correct logic of a child”, is an instantly sympathetic character and a good foil for Jacky’s street smarts. A book that delved into this friendship with the Troubles as a backdrop could have been an interesting read. Instead, Jacky sets off on a vigilante mission to avenge his friend, which in turn sees him flee to London for much of the narrative, losing the vibrant detail of life in Belfast.

The first part of The Ghost Factory is alive with the language and colour of the region. Jacky goes “dandering” around a neighbourhood off the Lisburn Road, publicans resemble trained police in their ability to spot a fight, characters have long faces “like a Lurgan spade”. Elsewhere, Jacky’s relationship with his spinster aunt Phyllis brings moments of lightness and poignancy.

In these details, the novel recalls Paul McVeigh’s The Good Son, or Geraldine Quigley’s recent debut Music Love Drugs War. The latter skilfully wound the backdrop of the Troubles into the lives of her Derry teenagers without it reading like polemic. McCartney fails to do this, particularly in the book’s odd closing section which is journalistic in tone and gives a recent history of Belfast, including snippets on the snooker player Alex Higgins and terrorist activity in contemporary London.

But there are issues long before this in The Ghost Factory and most of them lie in the writing. A combination of generic and overwrought description drags the narrative down. McCartney has a good flow and rhythm to her writing but many passages in the book lack restraint and fresh insight: “Ireland, I told myself, with its drizzle and cramped pubs and that dank little feud that has flickered for centuries like a soggy peat fire, filling the air with its damp, choking smoke … London, with its traffic that never budged and its sour-faced, busy people and pocketemptying prices and rip-off tourist pubs with indifferent roast beef dinners and watery drinks and women who pretended to like you and then didn’t care if they never saw you again.”

Life for Jacky in London feels particularly cliched: living with an old couple who listen to the television at a blaring volume, working in a fancy restaurant, scratching the surface of a relationship with thinly drawn single mother Eve: “The significance of her name wasn’t lost on me, since I had already started to weave meanings around her. Eve, I thought, the woman at the start of everything.”

There are lines that lack sense in the book: “For most people, though, the wife’s flight had given her husband a reason for the drop of arsenic in his soul.” Character descriptions likewise: “A mouth that raced in several directions at once, most of them ill-advised.” A fleeting character, Gavin, is at the centre of some of the strangest passages: “The blueprint for Gavin had been sketched with a thick charcoal pencil and in great haste … He was snouting me out as a potential companion for a long, late-night conversation, moving inexorably back towards me like flickering toothache.”

Elsewhere, pivotal moments are overwritten. As Jacky passes Titch’s house before a violent attack, he decides not to interrupt the television watching: “I suppose I didn’t want to take my claw-hammer to the fragile shell of happiness that surrounded them.”

Lines that signpost action also diminish narrative suspense. A young lad corrupted by the loyalists “bore a strange expression, one I had never seen on him before: fearful, transfixed, but with something else in it, too. Something like complicity”.

These issues with language compound the looseness in plot. Jacky’s return to Belfast in an apparent climax results in a jarringly comic scene of revenge, which jars even further with the grandiose pronouncements on the political climate in part three. Sadly, The Ghost Factory is a debut that haunts for the wrong reasons.