The Courage to Act: A Memoir of a Crisis and Its Aftermath, by Ben Bernanke

The former head of the US Federal Reserve’s account of crisis policy is well-written and insightful but too specialised, says Patrick Honohan 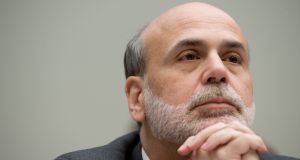 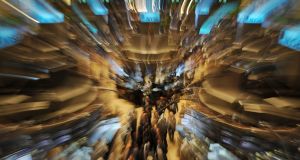 A long exposure view of the floor of the New York Stock Exchange. Photograph: AFP/Getty Images

Book Title:
The Courage to Act: A Memoir of a Crisis and Its Aftermath

The former chairman of the US Federal Reserve Ben Bernanke didn’t let the grass grow under his feet after leaving office and has released his lengthy memoir little more than a year later.

It is a detailed chronicle of policymaking in the great financial crisis that began under his watch in the United States in 2007 and slid into a global panic by September 2008. In his earlier career a renowned historian of the 1930s, Bernanke has been credited with making good use of that knowledge to help prevent the panic from tipping the US economy into as deep a depression as the 1930s. But it is only in recent months that unemployment and economic activity in the US has recovered to the point where, after an exceptional period at zero, his successor Janet Yellen has decided it is time for higher interest rates. Lasting damage has been done by the crisis and the associated economic recession to the economic and political fabric in many countries and, more specifically, to the domestic and international standing and credibility of the US policy elite.

In reading the book, I was on the lookout for any new explanations of why the US economy has recovered better and faster from the recession than the euro area. One conspicuous difference in the policy steps adopted relates to bond-burning. At the height of the crisis, the US authorities declined to rescue the large investment bank Lehman Brothers, allowing it to fall into bankruptcy with ultimate losses of about $200 billion to its creditors; whereas the Irish government (along with the rest of Europe) used government guarantees and money to make sure no senior creditors of European banks made losses at that point.

But Bernanke takes no credit for this difference. Instead, he emphatically reiterates his conviction that Lehman’s collapse was sure to be an epic disaster, though one which the US administration and central bank had no legal means of stopping: a rescue would inevitably have entailed significant taxpayer costs, for which he believes they had no congressional authority. If he could have prevented the collapse, he would have done so. Furthermore, less than a month later he was endorsing the introduction of a broad guarantee programme for US banks – albeit not as broad as the Irish guarantee, in that the US programme covered only newly issued senior debt (whereas the Irish guarantee covered pre-existing debt and some subordinated debt).

Not everyone has been convinced Bernanke had no rescue options available to him the weekend of the Lehman collapse. But for us in Ireland it is instructive about the contrasting structures of governmental power as between our parliamentary system and the way in which powers are separated in the US. The Irish guarantee was announced without prior parliamentary endorsement, but the government’s majority in the Oireachtas ensured it was immediately fully credible. US administrations do not have such discretionary power.

A corollary of this contrast is the different scope of the interaction between the central bank and parliamentary or congressional committees. In Ireland, the main purpose and form of such interactions is for the bank to explain what it is doing and why; the Fed chair does that too, but he was also involved, as we learn in some detail, in extensive lobbying of members of congress to help ensure approval of the various legislative proposals the administration felt were needed.

Not that Bernanke was shy about using the extensive powers he did have. He describes in detail the discussions that took place as the Fed moved – faster than the world’s other central banks – to lower its short-term policy interest rates to zero, and to introduce extensive lending facilities to help ensure sound banks would not be starved of loanable funds in the panic. And the Fed also bought vast quantities of government or government-guaranteed long-term bonds to drive down long-term interest rates as well (as did the Bank of England, and later the Bank of Japan). This “quantitative easing” lowered the cost of borrowing for government, thereby facilitating needed counter-cyclical spending.

The European Central Bank was slower – especially when it came to buying government bonds, reflecting the challenges of ensuring such actions would not be seen as falling foul of the statutory limitations on central bank financing of member-state governments.

Bernanke has comparatively little to say about the protracted European dimensions to the crisis, though it is interesting to see the parallels he saw between the Lehman collapse and the euro-area sovereign debt crisis. Specifically, he describes meeting ECB president Jean-Claude Trichet in Frankfurt and saying to him “Now, Jean-Claude, it is your turn.” It was November 19th, 2010, the same day, with the Irish bailout just being negotiated, that Trichet had written a much discussed letter of warning to Brian Lenihan. By then, the US was already pulling out of the crisis, but Europe had a second downturn coming.

Not that the US authorities managed to overcome all the challenges of the crisis effectively. Although not directly charged with homeownership issues, Bernanke thinks too many avoidable home foreclosures followed the US housing bust. As late as 2012, the Fed still felt the need to intrude on the turf of other agencies in suggesting new measures to alleviate this problem. Though the Americans did manage to reduce delinquent mortgages a lot faster than has happened in Ireland, they did it at the cost of foreclosing on more homeowners than was really necessary.

This memoir is a much better read than that of his predecessor, Alan Greenspan: the writing flows easily and the book is much better structured. Bernanke reveals a streak of self-deprecating humour (referencing the hilarious albeit misleading and hostile Youtube animated cartoon “quantitative easing explained”). The first chapter sketching his family background and his boyhood years in a small town in South Carolina is quite touching. Soon, though, the material becomes rather specialised: the general reader may not be gripped by the minutiae of policy discussions or the lengthy cast of characters, many of them little known on this side of the Atlantic.