The Confessions of Frannie Langton: From the Caribbean to the courthouse

Book review: A captivating historical debut about a slave girl on trial for a double murder 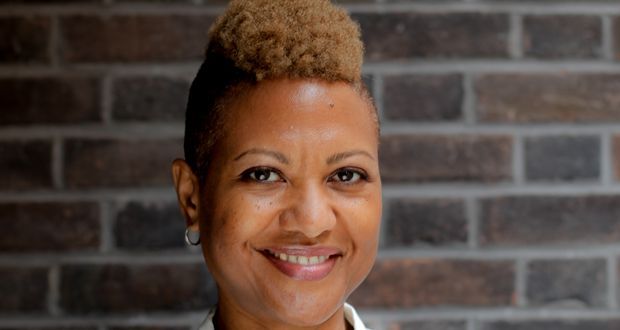 Sara Collins worked as a lawyer for 17 years in the Cayman Islands before studying creative writing at Cambridge, where she won the Michael Holroyd Prize.

“I have made this letter longer, because I have not had the time to make it shorter.” The French mathematician Blaise Pascal knew that writing succinctly is no easy task. Good writing, irrespective of length or form, reads short. This is particularly important for the novel, whose thousands of words allow the writer scope for so much colour and depth, but also for digression and bloat if authors lack discernment.

An author does not set out to write a book with an exact page count in mind but a debut novelist will be aware of standard book lengths – 80,000 to 100,000 for a novel, 45,000 to 60,000 for a collection – that might make their work more amenable to agents and publishers. Of course a book should be as long as it needs to be, but what of those novels that read long and could have been pruned before publication?

In recent months, many commendable debuts featured in this column, and others that did not make the cut, have eked out stories to 400-odd pages that could been told in less. Pity not the poor reviewer, who gets paid the same amount to read a book of 200 or 400 or 600 pages, but the reader whose reading experience could be improved with a more tightly written book. Recent culprits include The Familiars by Stacey Hall, The Floating Word by Morgan C Babst and Eleanor O’Reilly’s M is for Mammy, all of which have laudable elements but will ultimately test the reader’s patience with unnecessary detours and perspectives as they tip over 400 pages.

The Confessions of Frannie Langton is in a similar vein, an otherwise charming debut that doesn’t quite earn its length. An original and evocative tale with elements of Gothic fiction, its story becomes unwieldly in later parts and the mysteries that are so skilfully established in the early chapters are buried under the weight of too much action. There is, however, plenty to recommend in Collins’ writing: vivid characters, lush settings, a captivating heroine and an intelligent, unsentimental analysis of her tragic history.

The titular heroine is on trial in the Old Bailey in London in 1826 for the double murder of her employers George and Marguerite Benham. Her lawyer’s request that she set her story down on paper works well as a narrative device, in the vein of other historical fiction like Hannah Kent’s Burial Rites and Margaret Atwood’s Alias Grace. Collins sets Frannie apart with her back story – a former mulatto slave girl on a sugar plantation in Jamaica whose English owners, Mr and Mrs Langton, each erode Frannie’s sense of self in cruel and confounding ways.

The story in Jamaica is laudably original, eschewing stereotypes for a nuanced depiction of life at the hands of mad English owners. Genetics and racial experiments give a mysterious backdrop – “I saw things in that coach-house that I can’t stop seeing now. But worse than the things I saw are the things I did” – yet more clarity is needed around the polygenetic arguments that ultimately drive both Langton and Frannie to England. Abandoned by Langton, Frannie is taken on as a maid at the Benhams, entering into a lesbian relationship with the drug addicted Mrs Benham, offering Frannie a glimpse of love, though one in which she remains in a subjugated position.

Snippets of the trial and testimony from other servants are deftly weaved into the plot, with convincing legal detail and good courtroom momentum. Less successful are the diary entries of George Benham, which do not reveal enough to earn their place, and side stories involving other characters of race who are romantically linked to Mrs Benham.

Collins is excellent on the conditions of the time, from the servant perspective – “Some of the cheer left the room, for a mistress among her servants is like a fox among hens: no one knew whether to sit or stand, and even the cat slid out from under the table” – to the racism encountered by Frannie throughout the book: “Every white you’ll ever meet either wants to tame you or rescue you.”

She has a knack for making scenes sing in no time at all. The Caribbean is lush and dangerous: “We set out bowls of sugar water and cobalt poison to catch flies . . . Jamaica was a sum: men, cane, guineas.” Back in the Old Bailey, “The barristers look up from their table, idle as cattle in their mournful gowns.”

Of Jamaican descent, Collins worked as a lawyer for 17 years in the Cayman Islands before studying creative writing at Cambridge, where she won the Michael Holroyd Prize. In a letter to the reader preceding the narrative, she says she wrote the book after wondering, “why couldn’t a Jamaican former slave be the star of her own gothic romance?” Issues with length aside, Collins has achieved her aim in a beguiling story with strong feminist overtones.