The Art of Falling: Engaging debut novel by past master of fiction 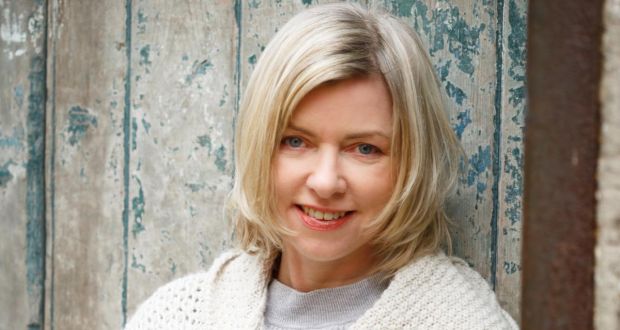 Danielle McLaughlin: In the convincingly claustrophobic small-town atmosphere of her novel, there are echoes of the novels of her fellow county-man Graham Norton

Book Title:
The Art of Falling

A good guiding principle for reviews is to never review a book for what it isn’t. So to compare Danielle McLaughlin’s debut novel, The Art of Falling, to her acclaimed short story collection Dinosaurs on Other Planets (2015) seems unfair. The short story form is obviously different to that of the novel – with the best of stories, which McLaughlin’s are, we get whole worlds in glimpses, moments of change in beautifully precise, memorable prose.

But anyone who has read Dinosaurs, with its breathtaking details and insights, may be surprised at the shift into more commercial territory for the Cork author’s first novel. There is not the same exactitude in the prose, there is a little too much exposition in dialogue, and at times certain confrontation scenes feel overly dramatic, which detracts from the tension in an otherwise well-paced novel.

Happily, at least for this reviewer, who has long been a fan of McLaughlin’s writing, there is also much to love about The Art of Falling. The book’s narrator is Corkwoman Nessa, an art historian in her 40s in charge of a retrospective exhibition for a famous sculptor, Robert Locke. This sought-after job with a local gallery turns messy when a woman comes forward claiming to be the true creator of Locke’s most famous work, the Chalk Sculpture.

At home, meanwhile, Nessa’s marriage to architect Philip and her relationship with her teenage daughter Jennifer is in turmoil as the family tries to deal with the repercussions of Philip’s affair with a neighbour. This is, in many respects, classic McLaughlin – choosing to focus on the brutal and banal realities of life after a dramatic event rather than giving us the sordid details of the affair itself.

Nessa is an authentic and interesting creation whose self-awareness and dry wit will appeal to readers: “She wasn’t one of those women who cried well. Hers was the puffy-eyed, graceless kind of crying.” The minutiae of her job, her studies in art history and her love for the work come through in seamless interior musings that are lightened with humour. When Melanie, the woman claiming to be Locke’s former lover and co-creator, shows up in the gallery, Nessa wonders whether to call the guards. “But what would she say? I have an old lady here, talking art?”

Humour also works effectively to depict the absurd aftermath of the affair, where the family must try to go about their days normally, even as the whole town knows about the betrayal. McLaughlin doesn’t sensationalise the infidelity – one wonders, in fact, what Philip saw in the dowdy Cora Wilson in the first place. Nessa and Philip go to counselling, they take long walks together as their homework, he buys her a bouquet of flowers for Valentine’s Day, “a size that the floristry trade referred to as ‘guilty’”. In a tone that recalls Anne Enright’s The Forgotten Waltz, we are told, “They didn’t fight that weekend; they may even have had sex. At the very least, neither of them had sex with anybody else.”

Another contemporary touchstone is Molly McCloskey’s When Light Is Like Water. Both novels centre on infidelity and both writers excel at fresh description of the natural world. In The Art of Falling, a ride-on lawnmower can be heard “stirring out of silence like an animal disturbed”. A trip to Lough Hyne in west Cork prompts the description, “The earth here was static to its core, generation after generation of slow-living people dying and being laid down, layer upon layer, their slow bones compacted into the limestone landscape.”

The book has insightful things to say on the creative process and the damage that can be done in the name of art. The sidelining of Locke’s artist wife Eleanor is particularly interesting. McLaughlin cleverly explores these themes of inspiration, ownership and betrayal across a number of narrative strains.

In the convincingly claustrophobic small-town atmosphere are echoes of the novels of fellow county-man Graham Norton. Side characters are well rendered for the most part, summarised in pithy one-liners. Locke’s daughter Loretta “wore the kind of clothes that elicited politeness from shop assistants”. Meanwhile, the mother-daughter relationship between Nessa and Jennifer is poignantly portrayed, particularly when it comes to the subject of infidelity and the murky issue of blame.

McLaughlin lives in Co Cork with her husband and three children. In 2019 she was a Windham-Campbell prize recipient and won the Sunday Times Audible Short Story Award. The plot of her debut hinges on a number of delicately drawn mysteries – the death of an old friend, the story behind the sculpture, the bitterness of Locke’s family – but the real mystery uncovered in McLaughlin’s writing is the durability of human beings: how we fall, pick ourselves up and start all over again.

‘Literature cannot look away’: writing a novel about Bessborough mother and baby home