The Adulterants by Joe Dunthorne review: a poignant take on modern life 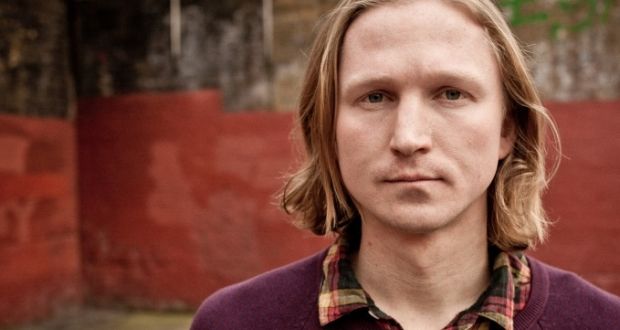 Joe Dunthorne: one of contemporary fiction’s funniest and most perceptive voices

Joe Dunthorne’s third novel begins with its narrator, Ray, getting sparked out by his best friend. Lee has a jealous rage because his partner, Marie, has been drunkenly flirting with Ray at a house party. Ray, who has a pregnant wife, reassures himself that the flirtation was innocuous: they had been sitting side by side in a bed, but he avoided eye contact and “we didn’t take off our shoes, which made a difference, morally”. When Marie does eventually cheat on Lee with another man, Lee crawls into her bedroom on all fours, retrieves the condom – with his teeth, no less – and pins it to a cork board: “It was impossible to ignore the unseemly weight that hung in the reservoir teat.” Ray’s wife, incidentally, is called Garthene.

Bawdy capers aside, The Adulterants is a poignant take on the transition from millennial adulthood’s protracted adolescence to the daunting drudgeries of monogamy and parenthood. Dunthorne’s anti-hero is a portrait of beleaguered masculinity, compulsively fretting over his perceived inadequacies. Ray’s cloying and ultimately self-destructive lack of ego – he is constantly playing the self-abasing, wisecracking scamp, no matter how serious the situation – is a pointed comment on the vulnerability of the sensitive modern liberal who, having spent his whole life learning to be disarming, is shocked to discover that the old mores still hold considerable sway. The belief that one could opt out of those traditional markers of masculinity – brawn, breadwinning, status – was only ever a complacent delusion of middle-class gentility.

If the setup – the existential woes of two thirtysomething couples, long in the tooth and fearful of the future – is not especially original, The Adulterants chimes with the contemporary moment in certain noteworthy respects. The working lives of Ray and Lee are distinctly 21st-century: Ray is a freelance tech journalist; Lee works for a creative agency. Garthene, by contrast, works as a nurse; we are implicitly invited to ponder the contrast between the dignity, security and tangible social utility of her occupation with the sense of purposelessness and ephemerality associated with the remote, casualised and precarious working arrangements that have proliferated in recent years.

Ray and Garthene come within a whisker of buying their own home, but lose out to a cash buyer. In one of the book’s most memorable passages, Ray finds himself caught up in the London riots of August 2011. When his local estate agent is trashed by looters, he takes the opportunity to snoop on the files, and is disgusted to learn that the other couple were buy-to-let buyers. The episode archly satirises the couple’s place in the social pecking order as part of East London’s “gentrifying” vanguard: they’re alright for iPhones and trainers, but crave home ownership with the same vulgar avarice with which their less well-off neighbours covet consumer goods.

Dunthorne is not only one of contemporary fiction’s funniest voices – there is a chortle-inducing moment on almost every page – but also one of its most generous and perceptive. The Adulterants speaks to the anxieties of “generation rent” whilst gently lampooning its protagonists’ relative class privilege. At one point, Ray catches his own reflection in a shop window: “I did not look like a man in history”. Here is the novel’s emotional core: that gnawing feeling that you’re doing a disservice to posterity, that there is some better, more heroic version of yourself that you’re failing to be. A few years ago, the middle-class males of Hackney took, en masse, to growing beards and donning lumberjack shirts. The shirts have since fallen out of fashion, but the beards persist.