Take Nothing With You review: empathetic coming-of-age novel 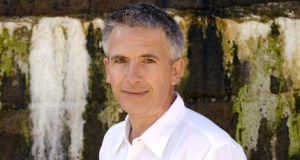 Book Title:
Take Nothing With You

Patrick Gale is one those rare writers whose work is well-reviewed and popular. Take Nothing With You is Gale’s 16th novel, and when you add two short story collections and numerous screenplays, it strikes me there aren’t many gay authors, writing about the gay experience, as prolific and successful as he, anywhere in the world.

Not unusually for an author with this body of work, we find familiar themes. Take Nothing With You is a coming-of-gay-age drama and like last year’s original BBC mini-series, Man in the Orange Shirt, there’s the exploration of the gay experience in the past and present playing out in two timelines. Another familiarity, a recent Galian twist, if you like, is that, in the past, those who are at war with their sexuality are family members of the novel’s gay hero. In Man in the Orange Shirt a gay character struggles with his sexuality while in the past so does his grandfather. In Take Nothing With You our gay hero is coming to terms with his sexuality while his mother explores then represses hers.

Our story follows Eustace, a gay Londoner in his 50s, who has recently entered into an online relationship with a soldier posted overseas. Gale describes the online dating world with honesty and humour. The trials and, at times, absurdities, married with genuine emotional connection contained within a virtual relationship, are all convincingly portrayed. While Eustace is falling in love, he discovers he has cancer of the thyroid. And is given radioactive iodine therapy. This involves a short spell in a lead-lined hospital suite, where he listens to cello music recorded for him by his best friend, Naomi, with whom he played cello as a youngster. The sounds transport him out of that confined space, and time, back to his 1970s boyhood in Weston-Super-Mare.

We watch young Eustace as he falls for the cello and dedicates himself to it, dreaming of going to a special music school when he’s older. The characters he meets, especially his teacher, the exotic Carla Gold, become his biggest influences. His mother also falls under Carla’s spell, romantically, though Eustace is oblivious. Through Carla he also spends time with a gay couple she lives with, where his lessons take place. He observes gay life in the flesh, so to speak, as well as in the novels and soft porn magazines he has access to while there. When he sneaks some home and they’re found by his mother, things take a dark turn.

The coming-of-gay-age is handled kindly, with warmth, but Gale doesn’t shy away from the young man’s sexual explorations, which is important, especially given his wide readership. One of the joys of Gale’s writing is how even the smallest of characters can appear fully formed due, in part, to a charming wickedness alongside deeper observations. Mrs Duffy the organist, for example, has “an endearingly plain face, like a bulldog’s, and was evidently rather shy so he wondered if she’s taken up the organ as a way of hiding herself away”.

Is it is not an exaggeration to say that Gale is one of Britain’s best-loved novelists and as with any work by a writer of his calibre, there is little to criticise. However, one or two things stretched credibility. In the present, we are told how Eustace had a lover who moved him into his home after knowing him two days and on the third day made a new will leaving Eustace his house, belongings and business. I was also struck that only the other gay characters notice Eustace’s burgeoning sexuality, none of his friends, family or peers at school notice or comment (never mind berate or bully him) until he is outed.

A real-life visit to Weston-Super-Mare was Gale’s inspiration for this novel. This, the gay theme, that the author plays the cello and his own father’s closeted sexuality, shows how Gale weaves his life experience with his fertile imagination. Perhaps this is what imbues his work with such heart and authenticity, and what makes Take Nothing With You, so readable, so believable, so . . . lovable. You’ll be carried along by the music of Gale’s prose, his charm, wit and warmth, and his empathy for us, for what it means to be human and other.