Spring by Karl Ove Knausgaard: the terrifying beauty of the everyday 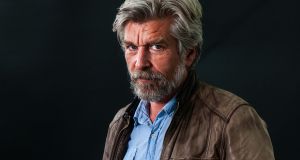 Karl Ove Knausgaard: is there such a thing as too much information? Photograph: Simone Padovani/ Awakening/ Getty

Spring is the third book in Karl Ove Knausgaard’s Seasons Quartet, his first major literary project since the expansive – and phenomenally successful – My Struggle series. Knausgaard, almost a caricature of the gloomy Scandinavian existentialist archetype, began his publishing career as a relatively conventional novelist in the late 1990s, but after two books underwent a five-year loss of faith in fiction. This crisis led to a breakthrough: he abandoned imagined realities and began to document his own everyday experiences, perceptions and memories in a style that alchemised the base metal of the ordinary into high art. Like some postmodern Proust, or even Celine, he developed a technique that seemed to afford limitless scope and subject matter, a bucket so deep it could catch every last drop of sensory input.

Nothing was so trivial or tedious that it couldn’t be examined and dissected and plumbed for meaning – even the stuff of morning bathroom ablutions. Consider this, from early in the new book: “It was easy to think of the room as essentially an empty cube that had been filled with things, but that room existed only in our minds, it belonged to our way of thinking. All painters possessed this knowledge, that’s why one of the first things they learned was to draw not the objects but the spaces between them. They learned how to relate to space in a way that wasn’t obvious. Even a bathroom, visited several times a day and more familiar than any other place, is held together by an assumption about reality and can, if one makes an effort and resists the perception of the room created by that assumption, turn into if not exactly a wilderness, then at least something chaotic, a monstrous accumulation of forms and patterns colours and planes.”

This is typical Knausgaard. He observes a subject so closely, mining so far into its essence – its quiddity – that the observations transcend banality and become compelling. In other words, he draws the space between the objects. A Channel 4 interviewer once referred to it as the literary equivalent of slow eating, a sort of artisanal approach to the act of noticing, not unlike Tarkovsky’s nine-minute shots, or those painters who can somehow break your heart with a still-life image of a bowl. The implication being, anything is fascinating if you study it on a molecular level.

There might be, however, such a thing as too much information. Consider the following: “I contracted my abdominal muscles and felt the stool sliding out through the final stretch of the intestine, where it had been accumulating as more and more waste arrived, not unlike a sausage being stuffed, and out through my anus”.

I’ll save you the passage about savouring the smell and skip to the bit where the author finds the toilet bowl full of blood (a MacGuffin-like detail that’s never resolved in the full arc of the narrative). But all squeamishness aside, this is another of Knausgaard’s specialities: the sudden instance of household horror, whether it’s made manifest in an issuing of fecal blood, or the smoker’s cough yielding an ugly glob of morning phlegm, or the toddler gone missing for a heartstopping moment. That’s the price you pay for hyper-awareness: things take on inordinate weight. Perhaps all writers are neurotic at root.

Spring is also notable for, among other things, an account of what it’s like to live with a person who suffers from bipolar disorder, documenting the ever-present lassitude, the oversleeping, the last-minute cancellations of family plans, the desperate shielding of the children, the irritation and resentment. One is left with the sense that, hard as it is to be an angel in any marriage, it’s downright impossible when the participants are besieged by a black dog.

“Mute and unmoving she lay in the warm, dim bedroom. Only rarely did she come down to eat. Then her face was expressionless, it looked like a mask, completely immobile. And her movements were slow, like those of a very old person… I was fed up with all the whispering, all the immobility, the lack of initiative, the helplessness, the turning away.”

This kind of material has gotten Knausgaard in trouble with friends and relatives in the past, and it’s an ongoing point of ethical debate as to how much right any author has to disclose familial intimacies. It’s all very well for the artist to expose his most embarrassing and excruciating experiences – from alcohol abuse to premature ejaculation – as specimen samples of how we humans are (what a writer friend of mine recently referred to as “taking one for the team), but when it involves the confidences of others, it might fairly be regarded as betrayal. Knausgaard has in the past professed deep shame over the Faustian pact he’s forged with his muse. Be that as it may, Spring was seeded from noble intentions: it began as a diary he kept for his youngest daughter, a record of the world before her memories. That these writings eventually became public is to our benefit, not least because of the following passage, which braids the prosaic and the poetic with characteristic Knausgaardian grace.

“We come from far away, from terrifying beauty, for a newborn child who opens its eyes for the first time is like a star, is like a sun, but we live our lives amid pettiness and stupidity, in a world of burned hot dogs and wobbly camping tables. The great and terrifying beauty does not abandon us, it is there all the time, in everything that is always the same, in the sun and the stars, in the bonfire and the darkness, in the blue carpet of flowers beneath the tree. It is of no use to us, it is too big for us, but we can look at it, and we can bow before it.”

Peter Murphy is the author of the novels John the Revelator and Shall We Gather at the River (Faber). He is working on his third book