Skin Deep review: dark monster of a book about beauty and identity

Liz Nugent’s incendiary novel has an unsparing eye for malice, cruelty and weakness 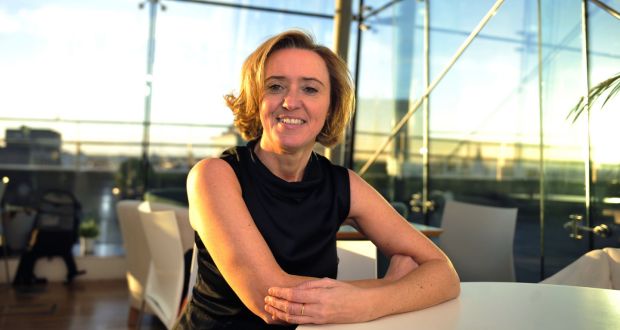 “I wondered when rigor mortis would set in, or if it already had.” Once Cordelia Russell has cleared away the broken glass and washed the blood off the floor of her Nice apartment, she leaves the man she has killed behind and takes her place at the bar of the Negresco, where sooner or later one of her old moneyed friends will pop in for tea and help her out with a “loan”.

For some reason, her old friends don’t seem to recognise her any more, but a brash American spares her blushes and lets her scrounge a meal. They wind up doing coke together at a movie party in a swish penthouse apartment. “I could probably have been an actress,” reflects Cordelia. “It is not difficult to pretend to be someone else. Isn’t that what I’ve been doing for most of my life?”

Later, hearing the echo of laughter reaching out across the water, she recalls that it used to be she ‘”who wore tiny dresses in London nightclubs . . . who could flash a diamond bracelet and a Sobranie cigarette.” Later again, very high and very very drunk, she loses herself in joyful oblivion on the dance floor, until the room around erupts in laughter: her worn silk cashmere dress has split at the seam from armpit to hip, exposing old beige corsetry and an overspill of flesh. Later still, passed out on the parquet floor, she is awoken by a disgusted waitress and prodded out into the dawn. When she reaches home, the flies have “begun to swarm already, feasting on the corpse”.

In our family, there were two sides, Mammy and the boys on one, and Daddy and me on the other

If the bravura opening sequence of Liz Nugent’s extraordinary, incendiary new novel leads us to expect anything, it is almost certainly not the sentence that immediately follows: “In our family, there were two sides, Mammy and the boys on one, and Daddy and me on the other.” Delia O’Flaherty’s journey from daddy’s girl in the raw poverty of a cottage on the wild western isle of Innishcrann to dilapidated party girl eking out a humiliating subsistence among the shady people of the sunny French Riviera forms a Bildungsroman of profound spiritual decay and moral depravity.

Like a sociopathic Becky Sharp, it is never easy to like Delia/Cordelia, and yet Nugent’s prodigious storytelling gifts and unsparing eye for malice, cruelty and human weakness make her a compelling and at times even sympathetic character. The psychological burdens she carries as a result of her father’s madness and the claustrophobic sexual pieties of 1980s Mayo together serve to stymie any chance Delia might have had of escaping her fate. To modify Jean Renoir, even sociopaths have their reasons. Yet that chance never really looks plausible. “I knew that I wasn’t normal. I have never needed people, just the comforts they could offer me.”

Over a span of 50 years, moving from Mayo to London to the south of France, Delia plays at being a financier’s wife, an alcoholic London mum, a dishwasher, a gangster’s moll, a teetotal artist’s muse, an art adviser to the wealthy and a drink-sodden call girl. Each location is vividly rendered, from cloying, class-ridden Irish provincial towns to coke-sniffing, cocktail-quaffing London to the Nice underworld and high-society Monaco; all the while Delia transforms herself into Cordelia (after a character in the TV version of Brideshead Revisited; in another act of personal reinvention, she will adopt her cut-glass English accent) and dreams of leaving her past behind.

As the title suggests, central to the novel are notions of beauty and ugliness. Delia is spellbindingly beautiful, yet drinks as if her life is intolerable. When she is disfigured by fire, she embraces sobriety, and – through the agency and grace of an amateur artist obsessed with the wounded, with disability and decay – appears at last to flourish and grow. But Cordelia’s only desire is to have her beauty fully restored (as soon as she does, she takes a drink). As if in a tragic fairytale, acting on that desire, coupled with the claims of a past she can no longer evade, serves as her nemesis; the denouement, back in the Ireland she has hidden from for so long, is perfectly poised and utterly devastating. What a magnificent dark monster of a book Skin Deep is.