Silence Under a Stone review: Insipid storyline with a morose character

A staunch Presbyterian woman shows little mercy to her loved ones, or the reader 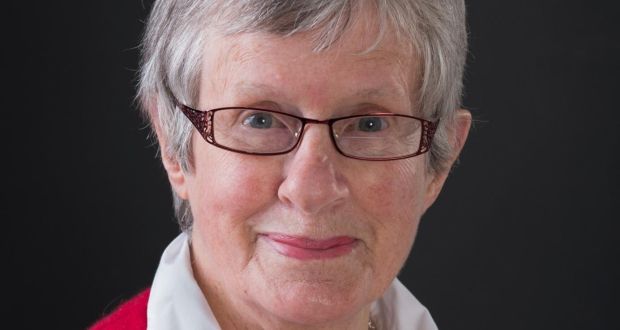 Reared as a Presbyterian in Cavan, Norma McMaster lives in Skerries, where she is a minister in the Church of Ireland

Book Title:
Silence Under a Stone

“I sensed of course that he was deeply conflicted, but I had no pity for him; there was pity only for myself, and I’d sit for hours hugging myself to myself.” Therein lies the problem with Norma McMaster’s debut Silence Under a Stone. Her protagonist Harriet Campbell is a strict Presbyterian who looks back on a life made bleak by her adherence to her faith, staunch unwillingness to forgive and the resulting bitterness that emerges from such an unyielding attitude.

There is little in her character for the reader to sympathise with, less still any hope of change or redemption. Set over the course of a gloom-and guilt-ridden 20th century, the novel charts the efforts of a Presbyterian community on the Border as it tries to maintain a foothold amid increasing Catholic dominion.

McMaster’s expressive prose captivates in early chapters that show a 16-year-old Harriet being handed over by her mother to a Presbyterian farmer twice her age who treats her both as a child and an object. The dour Thomas paws at her chest on their first outing and teases her over the course of a short courtship with a bag of boiled sweets and “a grin like the slipe on a mower”.

Such descriptions show McMaster’s affinity with her landscape, which can result in lovely detail: Harriet eats “a porringer of buttermilk”; Thomas’s voice is “like the burr of a saw”. In a concurrent narrative set in a nursing home in the 80s, Harriet reflects on her life, “yet even so I do admit that a kind of a fog, what we used to call a haar, is beginning to creep over me”.

With quotes from the Bible weaved into the narrative, McMaster makes clear the partisanship of strict religious belief: “Lord Jesus is the only head of the Church, and the pope is Antichrist and the son of perdition.” The author is attuned to the irony: “Rome brings chains, my dear, but we Presbyterians know the freedom of the Gospel.” That this so-called freedom results in bitter family divisions and ruined lives is clear. The senselessness of sectarianism hangs over the novel, but it is not enough to carry the insipid storyline.

Reared as a Presbyterian in Cavan, McMaster lives in Skerries, where she is a minister in the Church of Ireland. In her 80s, she is the author of a memoir, Over My Shoulder, and a frequent contributor to Sunday Miscellany on RTÉ Radio 1. While her novel is to be commended for depicting a minority community rarely seen in Irish fiction, comparisons to the works of Bernard MacLaverty and Eugene McCabe are exaggerated.

Silence Under a Stone focuses less on the community as a whole in favour of Harriet’s morose story. An unhappy marriage to church elder Thomas gives way to a complicated relationship with her beloved son James. Handpicked by the church for his intelligence, James is sent to boarding school, and subsequently Magee and Trinity College, to study and become a minister. Interesting glimpses of the mechanics of the church and the Orange Order are given at times but they are too brief to counteract Harriet’s tale of woe.

When James decides to reject his long-time Presbyterian girlfriend, and his heritage, in favour of a Catholic woman, Harriet – for reasons that are often repeated but rarely shown – banishes him from her life. She herself is then shunned by the church she purports to love, a love that rarely develops on the page. This is sadly a feature of the novel, with everything from Harriet’s fear of a panto-esque Catholic called Anna May, to her marriage to Thomas, to her relationship with her son explained to the reader rather than shown.

“I sneered angrily as I read these epistles,” she says while snooping in James’s letters and diary entries. “He was truly leading a double life, for how could someone reared in Ballymount and in the simple precepts of the Presbyterian Church reconcile to himself all this nonsense?” Later when she deigns to visit his Catholic family, we are told, “Naturally I was on the lookout for signs of Rome”.

Scenes are few and dialogue is rare, and when it does occur it can be stilted. What is perhaps most confusing is the root of Harriet’s bitterness and unwillingness to forgive when she doesn’t seem that bothered about religion herself. Her best (and only) friend is Cissie the Catholic, yet other Catholics inspire contempt. Harriet is a ball of contradictions, and not in a good way.

There is a lack of depth when it comes to her motivations and in most of the interactions with her loved ones. Harriet, it seems, has nothing to give to anyone, least of all the reader: “But there was no love in me; it was all shrivelled up like dried ferns.”