Show Them a Good Time by Nicole Flattery: A bright new Irish voice 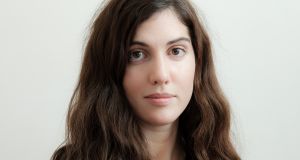 Nicole Flattery: her style is bold and bracing and has no bones about it 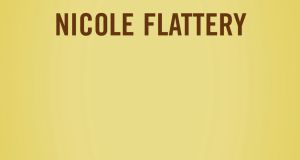 “At seventy, after suffering several disappointments, the first being my mother, the second being me, my father died.” The opening line of Nicole Flattery’s short story Hump stood out for me the first time I read it and has remained in my memory ever since. To put this in context, Hump was one of nearly 400 stories I was asked to read in order to co-edit an anthology to mark the Stinging Fly’s 20th anniversary last year. For a story, and particularly a line, to have such an impact amid so many others says much about an author’s talent. Flattery’s voice seemed so fully formed and assured for her age. At just 29, her debut collection, Show Them a Good Time, continues in this vein, announcing a bright new voice in Irish literature.

The eight stories in the collection have a snappy, wry humour to them. Think early Lorrie Moore, or here at home, the stories that launched Anne Enright’s career. Flattery has a similarly sharp sense of humour and justice, and a writing style that uses contrast to great effect: “Since we grew up with mothers who sat, dour, over their annual wine, we all drank like our fathers. It was our great generational decision,” says the narrator of the opening story, Show Them a Good Time. A former glamour model, who has moved back home after an abusive relationship, works in a petrol station that’s not really a petrol station at all, befriending other misfits and attending weekly work meetings that are more like torturous group therapy. Flattery brings the reader through this world with ease, mixing the absurd with the workaday, trauma with humour: “I had up-and-down periods. I experienced great bursts of tenderness towards [her colleague] Kevin, the pigeons that littered the garage forecourt, even the empty chairs.” Written in a deadpan tone that satirises business speak, it is a generational piece itself, even as it mocks the very idea.

Sweet Talk gives us a smart-talking teenage narrator whose summer flirtations with an Australian traveller are creepily contrasted with a backdrop of murder in smalltown Ireland: “The missing women of the Midlands peered out of the papers; their vague and vanished faces seemed to understand the tedium of the heat.”

Hump moves the collection into more surreal territory as a daughter dealing with the death of her father develops a hump, an inspired metaphor for her unfathomable grief: “Tha hard roundness of it – like a golf ball or a marble. I dressed myself quickly, being careful not to catch sight of it in the mirror.”

The pain of losing a loved one also features in Parrot, from the oblique perspective of a second wife whose affair may have contributed to the death of her predecessor. The story, set in a vibrantly rendered Paris, is more serious in tone than others, and alive with demons: “His grief had been huge, paralysing, and the guilt was worse; finding lists, in his handwriting, of what he could have done. So they put a ban on sadness, binned newspapers, left the television on cartoons of pink hyperactivity.”

Flattery’s ability to switch, sometimes in the same line, from sorrow to comedy gives the collection depth and momentum. There is an international scope to her writing that recalls contemporary American authors such as Laura van den Berg and Kristen Roupenian. The latter published her debut collection, You Know You Want This, earlier this month. It is a title that could equally describe Flattery’s style, which is bold and bracing and has no bones about it.

In Abortion: A Love Story, the longest and most experimental piece, two disenfranchised female college students join forces to tell their stories in the format of a play. A lengthy section where a performance of the play is broken down moment by moment tests the reader’s patience, but the truths within are undeniable: “I don’t think you came out here to hear me be funny at all. I think you came out to hear some pain. You don’t care what it is exactly, but you want it.”

The closing story, Not the End Yet, is a surreal take on online dating set against the end of the world. It doesn’t manage quite the same impact as the rest of the collection, but Flattery has proven herself long before that point. You’re Going to Forget Me Before I Forget You shows she can pack a punch into shorter pieces with a tale of sisterly love and fear of change as a new baby arrives. In yet another offhand, beautiful description, the narrator worries about becoming “the faint trace of a person”. Track, which won the 2017 White Review Short Story Prize, is set in New York city as a young Irish woman charts her relationship highs and lows with a famous comedian. A startling tale of loneliness and degradation, it is also a bitingly funny account of talent on the wane. The opposite is true for the Mullingar author herself, whose debut collection heralds a rising star.

Ben Affleck: ‘It took me a long time to admit that I am an alcoholic’
Real news has value SUBSCRIBE