Selfish, Shallow, and Self-Absorbed: Sixteen Writers on the Decision Not to Have Kids review

It’s a hard-knock life – why make it worse by having kids? 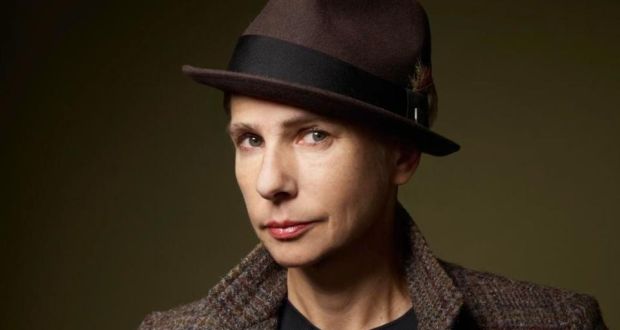 Lionel Shriver: “As we age – oh, so reluctantly! – we are apt to look back on our pasts and question not did I serve family, God, and country, but did I ever get to Cuba, or run a marathon? Did I take up landscape painting? Was I fat?” Photograph: Suki Dhanda

Book Title:
Selfish, Shallow, and Self-Absorbed: Sixteen Writers on the Decision Not to Have Kids

The only thing I remember from my middle-school marketing class (and I have remembered it often and with agony over the decades) is the concept of “opportunity cost”, which refers to the value of what is sacrificed in the acquisition of something else.

There are days, it seems, where hardly a choice is made whose alternatives don’t tantalise, and to a degree that is, undoubtedly, beyond their actual power to satisfy. Regret itself is seductive – all those lives we might have lived! – and there are few arenas in which it’s felt more acutely than that of procreation.

In Selfish, Shallow, and Self-Absorbed, 16 writers mull over the decision to remain childless, or “childfree”, and the issues of regret or its absence are omnipresent. As Jeanne Safer notes, denying a loss doesn’t make it disappear, but acknowledging it doesn’t mean that one feels incomplete. The perfect life does not exist, and “to assert otherwise perpetuates a pernicious fantasy: that it’s possible to live without regrets”.

In fact, Geoff Dyer writes, life is one “vast, coastal shelf of uncut, 100-percent-pure regret. And this happens whether you have no kids, one kid, or a dozen. When it comes to regret, everyone’s a winner!”

Essayist Meghan Daum has edited this sometimes absorbing, sometimes banal collection, a riposte to the rhetoric that assumes parents are “self-sacrificing and mature” and non-parents “overgrown teenagers living large on piles of disposable income”.

The most interesting essays are those that acknowledge the marvel of children – these creatures who have not yet learned to “navigate the world with the constant torpid pretence that they feel far less than they really do” – as well as the fact that there is (yes!) a degree of “selfishness” in opting out. But selfishness comes in many forms, as Dyer reminds us: “Parenthood, far from enlarging one’s worldview, results in an appalling form of myopia. Hence André Gide’s verdict on families, ‘those misers of love’.”

Fertility rates in the West began declining in the mid-1970s, thanks to contraception, women in the workforce and delayed parenthood. Since then, the percentage of childless American women between 40 and 44 has gone from 10 per cent to more than 20 per cent. In Europe, the number of children the average woman will bear is even lower than in the US.

As Lionel Shriver notes in the book’s meatiest essay, we’re talking about the dwindling of the genetic lines that built western civilisation, a fact that gives rise to a “conflicted melancholy” among liberal white westerners.

Women (and men, to a lesser extent) who choose not to have children are still suspect; adjectives such as “anomalous”, “aberrant” and “nihilistic” attach themselves. At the same time, contemporary parenting has become, in certain socioeconomic spheres, a competitive sport. It’s as though when the old inducements began to pale in light of the new freedoms, a rebranding of motherhood occurred; it became another arena (like the office or gym) in which one could excel and outshine.

With this rebranding comes some of the same attitudes with which we regard our consumer choices. Will parenting make me happier? More fulfilled? Will it be worth it? Children, meanwhile, have become increasingly fetishised and correspondingly anxious.

It’s no wonder the No camp is more inclined to answering back when accused of self-absorption, and a few of these essays reek of snarkiness.

Laura Kipnis, for example, addresses the issue of child-bearing from a politicised feminist standpoint. But to write off, as she does, maternal instinct and the mother-child bond as mere social conventions at the present historical moment is as reductive and dismissive as claiming that any woman who doesn’t feel maternal is unnatural.

What about women who just don’t feel it? There are a number of cautionary tales here, penned by women whose mothers had children simply because it was what one did, and who lived lives of bitterness and thwarted promise.

Sigrid Nunez recalls a mother who did not abandon or neglect her children, but who could not forgive them their existence – the “fate of women like her, forced by society to give their lives to something they neither wanted nor were in any way suited for”.’

There is a moving piece by Paul Lisicky, a gay writer who came of age in the 1980s. He describes the near-revulsion of seeing the first wave of gay parents (“And so much money – couldn’t they be giving money like that to the poor, to animals?”) later giving way to an inconclusive melancholy: “How many other choices have I not considered because it seemed they weren’t mine to make? What have I accommodated and settled for simply because I came into adulthood in a dark, alarming time?”

Lionel Shriver’s contribution (she wrote We Need to Talk About Kevin, a novel narrated by a mother whose son commits a school massacre) updates Tom Wolfe’s famous Me Decade essay.

While there is nothing wrong with happiness and satisfaction, Shriver writes, they fail to take account of that upon which they are built. We owe our very contentment, which relies heavily on taken-for-granted things, such as potable water and toilets, to the ingenuity of our ancestors. Yet “proper payback of that debt” rarely seems to enter the modern “childfree” head. We have shifted emphasis from the communal to the individual, from future to present, and we hardly ask ourselves if we serve a greater social purpose.

“As we age – oh, so reluctantly! – we are apt to look back on our pasts and question not did I serve family, God, and country, but did I ever get to Cuba, or run a marathon? Did I take up landscape painting? Was I fat?”

As if speaking the part of the individual Shriver describes, Tim Kreider writes: “Reproduction as raison d’être has always seemed to me to beg the whole question of existence. If the ultimate purpose of your life is your children, what’s the purpose of your children’s lives? To have your grandchildren? Isn’t anyone’s life ultimately meaningful in itself?”

The childless, Kreider argues, stripped of the illusion that propagation confers meaning, are “forced to prove to ourselves anew every day that extinction does not negate meaning”.

But never mind. All this debate is a bit beside the point. “Our most important decisions in life are all profoundly irrational ones,” Kreider writes, “which is why the worst ideas (getting married for the third time, having an affair with your wife’s sister . . . ) are the most impossible to talk anyone out of.

“It’s pointless to refute all the rhapsodic slop about how kids make your life meaningful . . . There is one reason people have children: they’re programmed to.”

Molly McCloskey’s memoir, Circles Around the Sun, is published by Penguin