Seed review: the novel as half app, half game 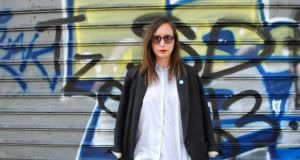 Joanna Walsh’s new novella is set in a rural Egnlish town in the late 1980s.

“I have read Chaucer. I have never seen a pornographic magazine.” With these two pieces of information we are able, more or less, to place the narrator-protagonist of Joanna Walsh’s new novella in that brief hinterland between late adolescence and full adulthood. The setting is a rural town in the late 1980s, a postcard of English provincialism in the late prehistory of the cosmopolitan, outward-looking 1990s. In this lonely portrait of secluded youth, the wider world is a remote thing, only occasionally accessed via small, incongruous details that hint at the existence of a different way of life.

On the walls of her school, for example, there are posters promoting multiculturalism, though there is scarcely an ethnic minority person in sight: “We are white. There is nothing we can do about it.” A boy at the school wears a Smiths T-shirt; she doesn’t know who they are, but knows intuitively that the T-shirt represents “the possibility of something different”. It speaks to something of the stunting effect of this isolation that the narrator engages, at 18, in the kind of activities we would these days associate with someone a little younger: inquisitively fingering plantains, telling butterflies apart from moths, whistling with blades of grass. She ponders swallows and horse chestnuts, and bemoans a lack of arboricultural diversity in her local environs: “I don’t like sycamores. They’re ubiquitous. There must be better trees.”

Seed is a digital-only release, published by the London-based outfit, Visual Editions. The reader works their way through its chapters by navigating an interface resembling a cross between a mobile phone app and a computer game. It is an intriguing glimpse of how the reading experience might evolve in the years to come, not a million miles away from a regular E-book but in some ways qualitatively different – the format’s relative lack of structural linearity complements the sense of halcyon stillness at the heart of the story. The book also contains an unusual gimmick: by clicking on various thematically themed “vines”, the reader has the option to redact parts of the text while retaining others. The conceit is a nod to Tom Phillips’ A Humument (1970), in which the artist overlaid his work onto a redacted Victorian novel to produce a new, composite work. This is precisely the kind of formal play that should, in theory, thrive in the era of digital technology, although whether there will be any great appetite for it among readers remains to be seen.

Walsh’s prose style continues in the vein of her other fictional memoir, 2016’s Vertigo, with spare, minimal sentences forming a collage of subjective impressions. Understatedly poised and laconically lyrical, Seed has an elegiac quality akin to prose poetry, as befits the ephemerality of the moment it documents. Try as we might to preserve it, our relationship with the outdoors changes as we get older; it’s hard to read Seed without feeling a pang of nostalgic mourning for that lost intimacy with the natural world. There is, alongside this, a nagging claustrophobia too – the soul-sapping smallness of the narrator’s constricted social world. But when she remarks, of a favoured spot, “I can stay here ‘til the light fades and never notice”, the overriding response, for this reader at least, is wistfulness for youth’s irretrievable quietude.