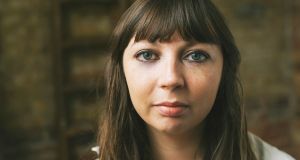 The picture-sharing app Instagram was launched in 2010 and within a couple of years it was part of the digital furniture. Its light filters, which enable users to render their images in retro tones, were a big part of the app’s initial appeal, and some commentators suggested that their popularity betrayed a yearning on the part of millennials for the comforting visual landscape of their parents’ world.

Early in Rhiannon Lucy Cosslett’s debut novel, which is mostly set in 2011, the narrator pores over an old photograph of her parents, one of several artefacts from her early childhood; others include a porcelain figurine, a harmonica and a tiny bathing suit. The Tyranny of Lost Things tells of Harmony’s attempts to access, through the fog of her memories “in greyscale and technicolour”, a buried trauma that has gnawed at her throughout her twenties. To this end she returns to her former childhood home as a renting tenant, her mum and dad having long since moved on: “It’s viewed as suspect to dwell on the past; to move back into it, suitcases in hand, is pure insanity.”

Harmony was raised by dysfunctional parents in a north London home “steeped in the gauzy residue of the hippie era” amid a milieu of inveterate nonconformists carrying the torch of 1960s utopianism right through the Thatcher years. Her mother, Stella, a somewhat reluctant hippie who never quite managed to acclimatise to communal living, suffered from depression and was “more like a slightly imbalanced aunt than a mother”. When their parents broke up she was dragged from pillar to post as Stella attached herself to a succession of eccentric boyfriends, an experience that has left Harmony desperately craving stability and profoundly ambivalent about the hippie counterculture.

She is idealistic enough to lament the gentrification of contemporary Islington (“The pubs, all of which have long ‘gone gastro’, are full of children. There’s an artisan bakery and a pretentious gift shop. The French have moved in, with their patisseries…”) but her instincts are altogether more conventional than her parents’, and understandably so.

That ambivalence is most pronounced in relation to gender politics. There are two explicit instances of sexual violence in the book – one involving Harmony, the other involving her posh flatmate, Lucia. When Lucia’s mother relates her experience of the “free love” of the 1960s, there is a strong suggestion of a third: “I didn’t feel especially liberated. In fact, a lot of the time I felt rather used. But turning it down wasn’t really the done thing.” This comes as a particular shock to Lucia, who had always glamorised her parents’ Bohemianism. The episode neatly spotlights the mutual envy that has inflected intergenerational relations ever since the 2008 crash: millennials may resent the Baby Boomers’ lassitude and material comfort, but in certain important respects today is a much better time to be alive.

The Tyranny of Lost Things is, among other things, a paean to parental love. Harmony recalls that her father “was a joker, a playmate, a friend, my idol. I watched him constantly… That’s the thing about fathers. They sprinkle you with enough love early on that you’ll know forever what you’re missing.” The story hinges on a mysterious redheaded figure from Harmony’s childhood, a young woman who had cared for her when she was very young before abruptly slipping out of her life. A bad mushroom trip on a nightclub dance-floor prompts Harmony to probe this memory; in order to get to the truth she befriends one of her mother’s old cronies, who is now an alcoholic, and plies her with booze in exchange for the uncensored lowdown.

The anecdotal register and heart-on-sleeve earnestness of Cosslett’s narration makes this an immensely readable novel. At times, though, an excessive self-awareness undermines its conviction. When Harmony recalls how the purchasing of a morning-after pill after a one-night stand felt more like an errand than a momentous event, she concludes by declaring: “It may sound flippant, but there it is.” On more than one occasion she remarks that her parents’ friends look clichéd from a 21st-century perspective, which seems a surprisingly naive observation. In its evocation of sisterhood, its exploration of intergenerational dynamics and its celebration of the city’s regenerative vibrancy, The Tyranny of Lost Things has an ambitiously broad and timely socio-political sweep. If the serious social realism sits a little uneasily with a sentimental timbre that verges on the melodramatic, this is nonetheless a compelling and emotionally perceptive portrait of human fragility and tenderness.