Review: In Praise of Forgetting: Historical Memory and Its Ironies by David Rieff

When does commemoration become obsession, and should we give amnesia a chance? 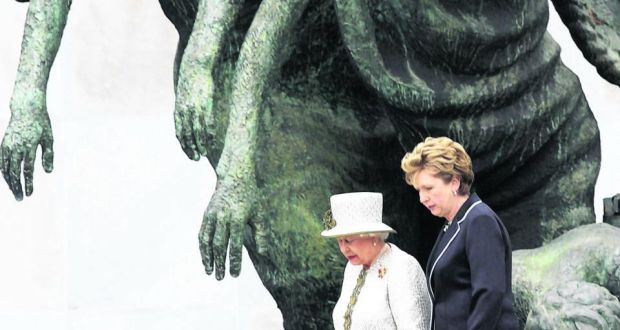 Queen Elizabeth II and President Mary Mc Aleese at the Garden of Remembrance after their wreath laying ceremony as they walk past the scultpure by Oisin Kelly, the Children of Lir. Photograph: Cyril Byrne

Book Title:
In Praise of Forgetting: Historical Memory and Its Ironies

One of our more tiresome national cliches holds that the Irish can never forget while the English can never remember. But “which is worse,” asks David Rieff in his provocative new book, “remembering or forgetting?” Rieff argues that the world has acquired a dangerous obsession with memory, and that it is time to “give forgetting a chance”. Having reported on warzones and his mother Susan Sontag’s long battles with cancer, he is well qualified to make such a call.

Remembering is a “moral duty”, wrote Paul Ricoeur (Rieff quotes extensively from a dizzying array of thinkers), “a debt we owe”. Through memory and commemoration we morally atone for the pain and suffering of the past, and remind ourselves of a vital moral lesson: “Never again”.

Yet “never again” is one of the darkest ironies of modernity: it did not stop Cambodia, or Srebrenica, or Rwanda, and it is not stopping Syria. No amount of endless first World War commemoration has prevented war after war following “the war to end all wars”. The annual deluge of poppies and misused poetry has long been more about national identity than understanding or learning, or marking dead we never knew in Flanders fields.

Such “ransacking of history” is the real point of remembering: the present is always the “ghost” at the commemorative banquet. Historical analysis is too often the “junior partner” in public approaches to the past, even though its questioning is far more valuable than the manipulations of memory.

Nor is remembering without danger: memory can become “hatred’s forge”, the “toxic adhesive needed to cement old grudges”. Rieff recounts Serb leaders justifying slaughter with references to the years 1379 and 1453; the disturbing spectre of the Confederate flag in the American south; and the unbearable burden of memory in Israel and Palestine. All would be wiser, he argues, to follow Christ’s advice to “let the dead bury the dead”.

Given the year that it’s in it, it is tempting for an Irish reader to read Rieff’s book through our emerald-tints. Indeed he has spent much time in Ireland (humbly saying he is more “Hibernophile” than expert), and sees our island as a “particularly illuminating case study of the uses and misuses of the past”.

Listen: David Rieff on the virtue of forgetting

A few minor Irish errors (placing both the Rising of Easter Monday and the Good Friday Agreement on Easter Sunday; calling William of Orange’s ascension to the British throne “peaceful”) might raise hackles, but, while not aimed directly at the ongoing 1916 centenary, Rieff’s scathing criticism of commemoration cuts uncomfortably close to home bones.

Commemoration, he argues, is “little more than the present in drag”: at worst “wallowing”, even at best merely “an ego-boost”, where “people take the fact that they are moved as a reason to think better of themselves”. Certainly we have been patting ourselves on the back for our national “maturity” – as we did after Queen Elizabeth’s visit in 2011 – in a way that fits Rieff’s condemnation of remembering as “an act of self-love”.

Indeed, once the feel-good glow has passed, what was the point of all last month’s pomp and ceremony? Could it ever really inspire a new Irish identity, or were the tanks on O’Connell Street just an exercise in what Rieff deems “kitsch”? The events’ narrative of the Rising – mostly shorn of its controversial history – was so bland that one might one agree that commemoration can “de-historicise” the past, and “leach” both history and present of meaning. History deserves better.

To make the book all about us, however, would be to do a disservice to a sweeping book about humanity as a whole. It would also be to fall into what he sees as a “cardinal vice” of the memory of the “exiled and the scorned”: self-absorption.

Historical “justice” may be naive and “no reliable friend of peace”, but remembering need not make compromise “impossible”: “dead generations” were more the rhetorical justification for what Rieff calls “a politics of totalitarianism” than its real cause, the Peace Process often more about politics than putting “Romantic Ireland in the grave”. Sins done in its name do not discredit the idea of an identity based on a shared past.

Rieff makes no blanket call for collective amnesia, but he also does not provide a convincing guide to when it is better to remember, and when to forget. His divide between memory that is important (during ongoing oppression or suffering), and when it has become something to let go (“metaphorical” memory of what is over and past) is vague.

Rieff is right to criticise the corrosive effect of “sacred drama” on the Troubles, but “the wounds of the past” that inspired it were also raw, real, and present. Memory “wounds” can straddle past and present, dead and alive. Should black Americans in Ferguson “remember to forget”? Should continents still disadvantaged by the legacy of colonialism just move on? Defining “harmless” and “dangerous” memories must not lead us to imply that the rich and peaceful can remember but the poor and war-torn must forget. Squaring the circle of remembering and forgetting in a world so scarred by inequalities of historical power is no easy task.

Despite providing more questions than answers, this is an important and thought-provoking book, especially in a decade where, after major commemorations in 2014, 2016, 2017 and 2018, many will begin to agree that “there is too much remembering”. By the centenary of the Treaty in 2021, maybe we’ll be so exhausted by it all that we’ll want to follow Edna Longley’s advice to build a monument to amnesia and forget where we put it.