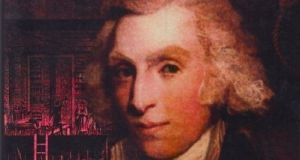 Edward Despard, who served in the British army, eventually becoming an administrator in Honduras and Belize, before being ousted for his defence of commoning rights 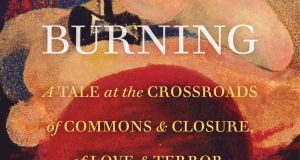 Sometimes in a reading life a book vaults over the perceived boundaries and goes on a skite of illumination, not particularly suggested in the initial intent. This is one such, and how could it not be, having set itself to deal with resistance to the closure of communal regimes, race and class, capital punishment and the epic love between Catherine and Edward Despard. This canvas might have become unwieldy but instead, because of the deft organisation and intriguing subject divisions, it unfolds into a fascinating journey.

Ned, an Anglo-Irish son, served in the British army in the Caribbean and Central America, eventually becoming an administrator in Honduras and Belize, before being ousted for his defence of commoning rights. He married a Creole woman, Catherine, his comrade in every way. Ned was hanged as a traitor in 1803; Catherine helped write his gallows speech, and, by her intercessions, spared him the most barbaric part of his ordered gruesome death, which took place before a crowd of 20,000. Perhaps in that turnout we can see some of the ghoulish behaviour of the so-called social media of the present. Catherine escaped to Ireland after his execution and the author begins with the search for her grave.

This brimming book covers all these issues, while wandering into numerous asides and reflections, adding to our understanding of how historical movements affect the way we live each day. It goes beyond the listing of dates; there is an intelligent comfort in having the women and men written about with such invigoration.

Peter Linebaugh is acknowledged as a chronicler with a left-wing view. He is also described as a historian of genius. His book presents us with the facts, and what a glorious luxury that is. But of course we have a choice about which facts we want to examine, and he assiduously takes us up neglected side roads on a journey to America, England, Haiti, Honduras, Ireland and Nicaragua. And to prison. In Red Round Globe Hot Burning he invites us to benefit from his lifetime of reading and writing.

The job of historians is to fill us in on the past that we don’t know, and to frame it in some way that makes sense. The serious of the clan stick to that task, despite the clatter of everyday politics, history in the making. As our translators, they have to ignore the clamorous present, the intense moments of anxiety waiting for whatever is to happen next.

The title comes from William Blake’s poem Visions of the Daughters of Albion, published in 1793. The words are spoken by the mythic figure Los. Linebaugh sees them as having two meanings – the red round globe signifying both the human heart and planet Earth. He is not sure how they fit together but feels that Blake knows and that we must try to do so, too.

A glance through the chapter titles gives some idea of the panorama in store. The section titled Ireland includes the intriguing Hotchpot, or Celtic Communism. Gallows Humor and the Gibbets of Civilization leads into a stark account. Anyone writing about Capital Punishment enters a tough place. Linebaugh has already been there in depth. I delved into that literature for the sake of a novel some years ago. I remember that people didn’t want to go on holidays with me.

In the final chapter the author asks: What is the Human Race? He explains that his quest to find the grave of Catharine Despard was not for closure, the enemy of the commons, but for memory and its two daughters, imagination and inspiration. I was reminded of Alice Walker’s search for the grave of Zora Neale Hurston and her sadness at not being able to find a spot, leading to her decision to imagine one. Once, while talking to students about what fiction can add to history, I mentioned the experience of looking up at birds when visiting the Hiroshima Peace Memorial Park. A true historian at the back of the room sighed and said wistfully, “but you’re allowed the bird – we’re not”. Peter Linebaugh permits himself the winged creature.

This book will be a joy for history readers and those who strive to pinpoint humanity in the past as well as the present. It draws on rarely used source materials and focuses on topics previously neglected. But most importantly it brings a new way of viewing history as a subject. It isn’t simply about preventing the facts scutter away unseen while concentrating on the bigger, more important story of war – it’s about taking the maquette of resistance and putting it under the light in the centre of the room, confronting big themes with fluent imagination.