New fiction: a genuine tour de force about a woman in her 20s whose life is falling apart 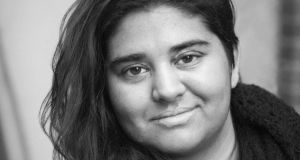 “There are a lot of people in their sixties, toothless, broken, and poor, who have stories of almost making it. At what point do people hear ‘loser’ when you say ‘artist’?” Meet Maya, the aspiring writer protagonist of Jade Sharma’s excellent debut novel Problems. Then turn on your heel and run. With an unflinching tone that lacerates modern society for its inequalities and hypocrisies, Maya – to put it mildly – is not backwards about coming forwards.

Bracingly honest about her life, from her heroin addiction to her tales of sexual debasement, Maya’s story is a genuine tour de force about a woman in her late 20s whose life is falling apart. From her New York city apartment, paid for by her deceased father, Maya sets down her impressive list of problems: a failing marriage to alcoholic Peter; a failing affair with an egregious older professor; an eating disorder; an unfinished PhD; a mother dying of MS; and a growing dependency on heroin.

As if that’s not enough to deal with, Maya also takes on society at large. Problems is a novel of tragic souls and their predicaments that manages to be consistently hilarious and a rip-roaring read. With the rapid-fire humour of a stand-up comedian – Desiree Burch and Mae Martin come to mind for their respective takes on race and drug addiction – Sharma offsets the awfulness with her wisecracking style.

It is no exaggeration to say that almost every page has a memorable line. On her absent father: “My father had died of a heart attack five years ago. It was a shock. I didn’t know he had had a heart.” Her marriage: “Peter. To the outside world he was my nice, handsome husband who had to deal with me.” Her highly critical, perpetually disappointed mother: “She wasn’t a normal person. She was a mother. Her frontal lobe had come out with her placenta.” Her anorexia: “When you are not eating, you are scared of yourself. Scared you will accidently run out and buy a pizza.” Her friend’s heroin habit as a way to numb feelings: “Death would only be a welcome side effect on the way to her goal.”

Many of the best lines and passages are too after-the-9-o-clock-news-watershed to print in a review. They’re probably not fit for public service television no matter what time it is. Problems is unapologetically feminist in the way Sharma refuses to sugar coat female desire. Profane, visceral descriptions appear throughout, each of which have the same level of considered wit and detail applied to the rest of the insights. Maya’s desire for debasement is a rarely explored topic in contemporary fiction. It plays out in both her sexual habits and her addiction, or as she puts it herself, “That’s the attraction, a kind of ruining.”

A flavour of the profanity can be seen in an excruciating set piece that sees Maya go to her supremely religious in-laws for Thanksgiving. While the others argue over whether they might be allowed wine, Maya is coming down off a heroin binge and rushes to the bathroom to deal with a more pressing dilemma: “Shit on the floor and puke in the toilet, or puke on the floor and shit in the toilet?”

Published last year in the US to rave reviews, Problems is a cracking acquisition for Tramp Press’s fiction catalogue. Given the unique voice on display, it seems a shame to compare it to other books but novels from contemporary American writers like Patty Yumi Cottrell and Mona Awad come to mind, the latter for her painstaking and bleakly funny debut on anorexia. The contemporary that Sharma most recalls, however, is the queer culture documentarian Michelle Tea, whose recent book Black Wave offered a similarly visceral take on female desire and drug addiction.

Maya’s harshness on herself and the world at large is underpinned by a vulnerability that makes her sympathetic as a character. Her own observation of “how jokes were always a little mean” rings true for the novel as a whole. Her insights are both razor sharp and sage like. For all talk about how much she hates her family, her phonecalls to her sick mother tell another story. Similarly, although she is clearly responsible for much of the marital destruction, her spiral when Peter inevitably leaves her is moving and vivid. She wonders whether she must relive every single happy memory before she gets over the pain. The easier answer? More heroin. “Your life becomes a triangle of elemental needs: get money, get drugs, get home.”

With a powerful ending that is part manifesto, part self-help manual, there is a sense of hope that Maya will talk and think herself out of the worst of her problems. In a world that wants her to be tidy, thin and meek, she is a delightful other: chaotic, fearless, and larger than life.