Book review: Francine Toon explores themes of parental negligence and childhood loneliness in story set in a small village in the Scottish highlands 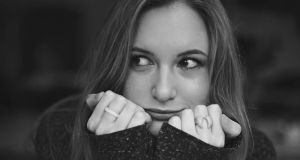 Francine Toon: Her writing draws on her Scottish heritage from folk stories to ceilidh music

“Soon the children reach the towering pines and the mossy stone foundations of an old bothy, close to the path, where they have started to build their hut.” For Lauren, the 10-year-old narrator of Francine Toon’s debut Pine, childhood is as dense and impenetrable as the surrounding landscape.

She lives with her taciturn father Niall in a small village in the Scottish highlands and spends her days dealing with a sad family legacy: her mother Christine disappeared months after Lauren was born.

At home, there are no photos or stories of Christine. Lauren knows better than to ask her father, a man who doesn’t like questions. From the beginning, Toon sets up an uneasy dynamic between the pair – a compelling, complex relationship of love, neglect and loss. At school, meanwhile, things are worse again. Classmates use the village gossip about Christine’s disappearance to bully Lauren. Dread permeates the novel, from everyday activities like getting the bus to school, to the antler knife Lauren carries in her pocket, to the mysterious sightings of a ghost-like woman who starts to appear in Strath Horne on Halloween night.

The Halloween opener sets the tone of the story and immediately lands us in Lauren’s world. She goes “guising” with her neighbourhood friends and their parents, while her father opts out. This, we learn, is par for the course. He works as a handyman during the day and spends his nights in the pub, drinking or partaking in the ceilidhs. Neglect is a major theme and its effect on Lauren is made vivid by the present-tense narrative. After a night where she falls asleep in a neighbour’s place, he collects her drunk and deposits her at home: “Lauren feels Niall’s waterproof coat as he carries her into the house and up the stairs. The smell of her old blankets. A sense of disappointment. She hears her father slam the door to go back outside. The air is faintly fetid.”

In this world of single parent negligence, there are overtones of Hanne Orstavik’s Love, though that book showed a fleeting neglect, a moment in time, a lapse. Niall’s lax attitude to parenting is an almost daily (or nightly) occurrence and despite sections from his perspective that go some way to mitigating his behaviour, our sympathies lie with his daughter.

Toon writes the child voice convincingly: “That night her dreams are close and cold and she can hear someone walking over gravel.” At times, however, the author lacks restraint, as with the preceding line which meanders into a paragraph of unnecessary description. The work is already done by that brilliant first line.

The meandering also affects the plot. While Toon is excellent at scene setting, the book, for all its ghostly sightings, lacks suspense. At times it can be repetitive – Lauren’s bullying, Christine’s paganism – and the author struggles when it comes to the balance of mystery and vagueness. Deliberately elliptical conversations between the adult characters can sometimes translate to lack of depth, as with the relationship between Niall and the local doctor Caitríona.

Toon’s evocative writing does much to offset these issues. She knows how to immerse readers in her world, with an eye for detail that shows her poetic sensibility: “A couple of trout lie on the glass chopping board. She picks up one and slides a long, thin knife under its left fin, cutting deep towards the head. Her bouncy hair is tied back with a polka-dot ribbon and her short nails are painted a cherry-juice red.”

Toon grew up in Sutherland and Fife, Scotland, and writes poetry under the name Francine Elena. Her poems have been published in the Sunday Times, The Best British Poetry anthologies and Poetry London. Her debut novel was longlisted for the prestigious Deborah Rogers Foundation Writers Award. It has echoes of contemporary emerging writers like Angela Readman, Lucy Woods and Carmen Marcus. In particular, the latter’s debut, How Saints Die, shares many of the same themes and relational problems. Myth and folklore are integral to both novels, with Pine drawing on Toon’s Scottish heritage, from the ghost stories the children tell each other, to the transportative powers of ceilidh music on the locals: “Songs that bring most men to the brink of tears, before they belt out a chorus to stop themselves.”

Elements of the supernatural also enliven Pine, from creepy cottages to tarot cards to the spells in Spaewife’s Buek, which allow Lauren to connect with her mother. The loss she feels, vividly rendered by Toon, brings a double meaning to the book’s title. Ostensibly a book about the mysterious disappearance of a woman, this is actually the coming-of-age story of a child desperately trying to find herself. As such, Pine is a memorable debut from a promising new writer.