Paris Echo by Sebastian Faulks: A return to France and a return to form

Review: John Boyne on an erudite and enjoyable tale of lost souls in the French capital 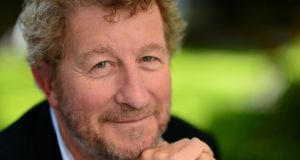 While much of Sebastian Faulks’s early work featured novels set in France – The Girl at the Lion d’Or, Charlotte Gray and, of course, the incomparable Birdsong – it’s a country that he’s avoided in his fiction for the past 20 years, preferring to concentrate on more contemporary British stories, such as the excellent psychological drama Engleby, the engaging A Week in December, a James Bond novel and a PG Wodehouse pastiche.

So, for long-time readers of Faulks’s fiction, it’s exciting to see him return to Paris and a story rooted in wartime experiences, a genre he has excelled in in the past. And, happily, Paris Echo does not disappoint.

Examining a Europe in flux, where immigration remains a contentious topic, Faulks’s decision to choose two visitors to the City of Lights as his central protagonists is surely as much a political as a literary decision, allowing us to see Paris from the perspective of an outsider.

The novel opens with Tariq, a 19-year-old Moroccan, who decides on a whim to come to Paris as he’s fed up with both the mundanity of his life at home and his ongoing torment at still being a virgin. Paris holds a powerful place in his imagination and he arrives filled with optimism, determined to make the adjustment to adulthood.

Also arriving in the city, but in her case returning, is Hannah, who’s researching a chapter of a book related to the women who lived in France under the Vichy government of the early 1940s. She’s fascinated by the disparity between the received history of universal resistance to the Germans and the reality of collaboration and, visiting libraries to hear the recorded testimonies of women who often fell in love with German soldiers and despised the British for keeping the war going, she discovers a part of French history that the authorities have chosen to ignore. As Faulks is an authority on his subject, much of this material is shocking and controversial and could easily make a non-fiction book in itself.

Tariq gets to know Hannah, who is some 15 years his senior, when she takes in a homeless girl for a couple of nights, a girl with whom Tariq has grown friendly, and subsequently allows him to stay after the girl has left. If there’s a flaw to the novel, it’s here, for it seems unlikely that an American researcher would simply allow a complete stranger to occupy her spare room, let alone a second one. Still, as a plot device it serves its purpose for it allows the two to be left together in the evenings, where their conversations inform our understanding of their characters. Faulks subverts expectations by never turning their relationship into a romantic one, despite Tariq’s priapism and Hannah’s loneliness. In fact, they are more like siblings, separated by a large age gap, who find themselves thrown into each other’s company and forced to find common terrain.

Much of the novel is concerned with exploration and discovery. Tariq, trying to forge an identity away from Morocco, is determined to build a more interesting life than the one his father has known. Hannah, however, is deeply rooted in the past, listening to the voices of ghosts on her headphones and socialising with Julian, a man she knew during her student days and with whom she shares a curiously asexual relationship. What they each get from this is never fully clear, and Julian seems a rather sinister character at times, often manipulating Hannah into meeting him with the promise of historical discoveries that will benefit her research.

There’s an element of the surreal, too, when Tariq believes he sees women from the past haunting the streets of Paris and follows them to their homes, where he sits and watches them. These moments are less successful than the transcribed narratives that Hannah presents us with, but they add a pleasantly dreamlike element to a novel rooted in reality.

But it’s the relationship between Hannah and Tariq, two kind and gentle souls, that makes Paris Echo such a stimulating read. They’re able to provide each other with something they hadn’t known they needed and one feels that the effect they have on each other’s lives will continue long after their sojourn in Paris has come to an end.

Faulks has never been a critics’ darling, possibly because he sells a lot of books and enjoys a wide readership, but he has a fine body of work behind him that is as erudite as it enjoyable, a phrase that is entirely applicable to Paris Echo.