Number One Chinese Restaurant by Lillian Li: Full of flavour 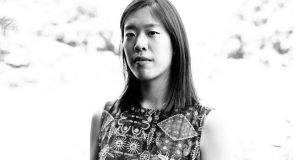 Two brilliant novels in recent years, Stephanie Danler’s Sweetbitter and Merritt Tierce’s debut Love Me Back, are both set in the service industry in the US and tell vibrant, hedonistic tales of restaurant worlds where the complicated lives of staff overlap with their daily duties. Danler’s novel was one of the quiet successes of 2016, a word-of-mouth hit at home and across the water. Tierce’s debut was a more sombre story of a waitress in trouble that neatly captured the temptations and vices of the restaurant world.

Lillian Li’s new novel, Number One Chinese Restaurant, is a more expansive take on the industry, depicting the lives of multiple people affiliated with the titular restaurant and its long-running predecessor, the Beijing Duck House in Rockville, Maryland. In a book that seems unsure of its main character, the initial focus is on Jimmy Han, a divorced man in his 40s who has inherited the Duck House from his father, Bobby, and wants to close the restaurant to start his own high-end fusion place. Thinking he knows more than the generation before him, Jimmy’s short-sighted plan soon puts him, his family and his staff in danger.

Chief among these are two long-term employees, ageing waiter Ah-Jack and manager Nan, whose star-crossed love story makes for an engrossing read. Nan soon emerges as a rival central character to Jimmy. Her loyalty to Ah-Jack and her love for her wayward son Pat will hold the reader’s imagination in a way that Jimmy’s callous, self-serving attitude does not. The plot of the novel is too convoluted for a lengthier summary, but it includes, among other subplots, an insurance scam, arson, a villainous “uncle”, a dying wife and the legacy of a cruel mother on two warring sons.

The book is overloaded with action but it does not, for the most part, detract from Li’s achievement in creating a vivid world full of sensual imagery. She is, as one would expect for the subject matter, particularly strong on taste and smell. In the Duck House, there are “flecks of spice filling the air with a rich, roasted smell”. The fine-dining restaurant where Jimmy trained has “the smell of mirin, sake, and sesame oil, the holy trinity of fragrance”. Even the world outside the restaurant is related through food. Here’s Ah-Jack, mellow on Valium after an accident: “The even heaviness of his body was pure pleasure. He’d been turned into peanut butter and spread over a piece of toast.”

The details of the restaurant world are finely chosen, from the 28 slices that make up a Peking duck, to the action in the kitchens: “Behind the stainless-steel divider, flames whooshed up to embrace giant woks, each cook casually stir-frying as fire sprang, volcanic, from the deep, blackened burners.”

Li frequently mines the restaurant world for humour: “Three busboys were sorting out the dirty linens from the visibly dirty linens in the kitchen hallway.” But she also incorporates more insightful observations, not least the irony that the elaborate, time-consuming meals of Jimmy’s imagination are not actually what his guests want, forcing him to capitulate on opening night: “The most popular items on his father’s menu took no more than five minutes to prepare.” The sense of ambition thwarted, and of loss, recalls Stuart O’Nan’s recent novel Last Night at the Lobster. Other contemporary touchstones include RO Kwon’s The Incendiaries and Lisa Ko’s The Leavers.

Li has a BA from Princeton and an MFA from the University of Michigan. She won the Hopwood Award in Short Fiction, and her work has been featured in Guernica, Granta and Jezebel. Her debut novel, longlisted for the 2018 Center for Fiction’s First Novel Prize, has plenty to recommend it. Her prose is colourful and unforced, with an easy flow that makes up for the voice hopping and slightness in perspectives.

She is particularly good on character. Nan looks “like an agitated collie, with her thin, feathered hair and bright eyes”. Merciless, nine-fingered Uncle Pang “was acting playful, which meant he was a hair away from losing his temper”. Later in the book, Jimmy gives a damning summary of his mother, Feng Fei: “His entire life, she had been a woman who did and said what she felt in the moment, relishing the act without finding relevance in the consequences. She was the kind of mother who, if she thought he was wearing unflattering pants, would find a certain pleasure in saying, “I never noticed how stubby your legs are – like a baby elephant’s.”

Part workplace drama, part family chronicle, Number One Chinese Restaurant delivers a multigenerational tale about legacy, ambition and service. “You’ve destroyed everything Dad worked for, and for what? Your own restaurant?” The words of Jimmy’s brother loom over the narrative, in a debut novel whose lessons can be savoured.