Now We Shall Be Entirely Free by Andrew Miller: inescapably great storytelling 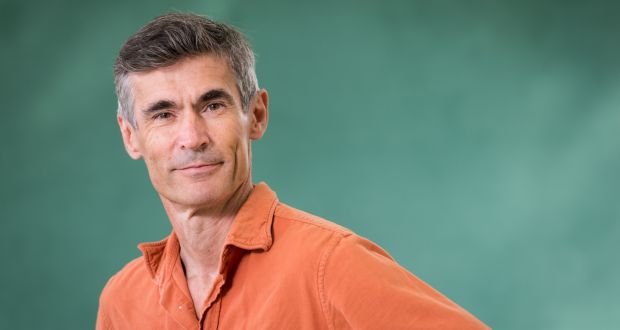 Andrew Miller: his new novel would not feel out of place in the collected works of Robert Louis Stevenson, Walter Scott or alongside William Golding’s To the Ends of the Earth trilogy. Photograph: Roberto Ricciuti/Getty Images

Book Title:
Now We Shall Be Entirely Free

It might seem strange to describe an author who has won the Impac Award and the Costa Book of the Year, and been shortlisted for the Man Booker Prize – all with separate books – as underrated but, nevertheless, it does feel that Andrew Miller does not always receive the laurels that his eminent career deserves.

From his first novel, Ingenious Pain, 20 years ago, Miller has displayed a desire to play with the past in a dexterous and original fashion, finding curious stories at the edges of history and weaving long and fascinating novels around them. This skill was shown at its best in the triumphant Pure, which was set in the graveyards of 18th-century Paris and was one of the most sensory novels of the last 10 years, each sentence steeped in the sights, sounds and smells of a city that did not know what to do with its dead.

These gifts are on display once again in Now We Shall Be Entirely Free, a novel that would not feel out of place in the collected works of Robert Louis Stevenson, Walter Scott or, indeed, alongside William Golding’s To the Ends of the Earth trilogy. Set at the beginning of the 19th century, it follows the journey of Captain John Lacroix, who has returned from the British campaign against Napoleon in Spain so close to death that it feels like a harsh word might finish him off. He is nursed back to health by a family servant, Nell, and these early scenes are both tender and incredibly vivid, employing Miller’s terrific ability to make the reader picture the most unpleasant things in grotesque detail: “She unwrapped his feet. Much of the skin from the soles seemed to have gone. She had to peel away the cloth with infinite care to keep herself from removing what was left.”

However, Lacroix’s gradual return to health proves more of a curse than a blessing, for with his revival comes the memory of a scene that he would rather forget. In scorching a town, an English battalion has displayed the worst of human propensities, hanging the men and raping the women in a scene reminiscent of the cruelties at the heart of Brian de Palma’s Vietnam-based Casualties of War, and, unbeknownst to him, a deal has been struck between the English and the Spanish that one officer – Lacroix himself – will pay the price for the actions of many. To this end, a representative from each side has been dispatched to kill him.

As the action moves from the sick-room to the Scottish Hebrides, where Lacroix hides out while indulging his love of music, the story opens up into a novel of ideas, for he finds himself among free-thinkers who question both his relationship to war and the actions he has committed in the name of his country and he, while trying to forget the awful events of that barbarous day, has no option but to confront them.

In many of his books, Miller has explored the moral crises that can lie at the heart of masculinity. He did so in the wonderful Casanova, where the titular character, taking a break from his endless seductions, finds a new role in the country, and in One Morning Like a Bird, my favourite of his works, which is set in Japan at the start of the second World War, where a young man must face up to the possibility of conscription when his entire being tells him that the life of a soldier is not the one for him.

Miller returns to these themes here: no matter how much Lacroix may want to push the memories of what happened during the campaign to one side, they rise in his mind time and again, just as his potential killers continue to give chase. These two, Calley and Medina, are a brutal presence in the novel, two men who will stop at nothing to complete their mission, and also provide the occasional comic relief as they bicker like a pair of old maids, displaying loyalty only to their own countries, despite being charged with the same task.

The joy of reading an Andrew Miller novel is his obvious passion for story and sensual language, and his ability to interweave the two seamlessly. The former is an often-forgotten art form in the contemporary novel, which often seeks to impress rather than entertain, but the latter is what makes him one of the most impressive novelists at work today.