Not Working by Lisa Owens review: a gem of a debut

Quick-witted and sharp-tongued, lovable and flawed, Claire is a super narrator that readers will easily connect with, a smarter Bridget Jones 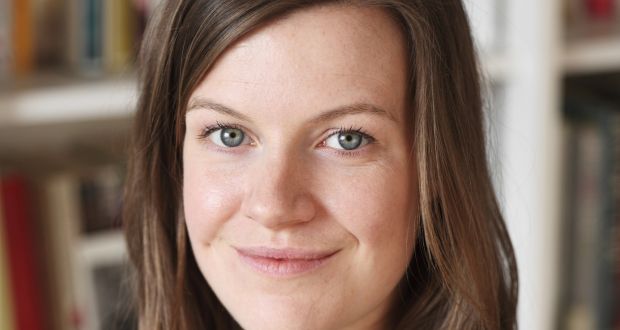 It takes a skilled writer to turn a boring subject into interesting fiction. The process of looking for work, as anyone who has been out of a job for any length of time knows, is rarely an exciting one. Endless internet searches, career questionnaires, time-consuming applications, the stream of rejections.

In her debut novel Not Working, Lisa Owens elevates the process to something enlightening. Her incisive and witty narrator Claire Flannery has left her career in “creative communications” to figure out what she really wants to do in life.

From the London flat she owns with her brain surgeon boyfriend Luke, Claire talks us through her days as she goes from optimism to near breakdown in her attempts to take stock.

Quick-witted and sharp-tongued, lovable and flawed, Claire is a super narrator that readers will easily connect with. Her predicaments are at once universal and unique. Owens isolates her narrator not only from the working world but also from her family, in a subplot that is traumatic and yet bizarrely funny.

At a dinner following the funeral of her maternal grandfather, Claire tells her cousins how their beloved Gums used to expose himself to her when showing his war wounds. Half-cut from wine, she delivers the news like a punchline, but nobody laughs. In the following months, her grieving mother cuts her out of her life.

The storyline is sensitively handled; Owens steers clear of melodrama, presenting instead two sympathetic sides for the reader to assess. It is a nebulous subject, no black and white morality: “It was just a thing that happened. OK, a slightly weird thing maybe – but it’s not like I’m scarred.”

Not Working is a gem of a debut, a delayed coming-of-age of a woman who stops to consider life’s big questions through humour. Explaining why she left her job, she tells a friend: “I was seized by a powerful impulse to start swallowing things on my desk: drawing pins, lumps of Blu-tack, whatever fit in my mouth.”

Her journey to find the answers is a generational tale that uses not only Claire’s parents but also her grandparents to show how different life is for modern women from the singular paths of their predecessors.

Whether having more power to decide one’s fate brings happiness or distress is at the heart of the book. “It’s fine,” Claire’s grandmother says, in typically consoling form. “I remember what being your age was like – of course, I had four children under eight then, but modern life is different, you’ve got an awful lot on.”

With her warmth and insights, Claire is a more intelligent Bridget Jones, prone to drinking to escape her problems, to speaking her mind publicly, to regrets the morning after. Claire casts an eye on the world around her, with Owens’s use of snippet-like sections giving the novel a snapshot effect.

Titles such as Wallflower, Explode/implode, Local library, Context is everything, Tube, Body politics, break up the narrative throughout. In the hands of a lesser writer it would be distracting, but Owens balances the structure with enough wit and detail to make the sections compelling.

Not Working recalls the writing of Jenny Offill, particularly the wry voice of her second novel, Dept of Speculation.

After reading English at Cambridge, Owens spent six years working in publishing. In 2013, she completed an MA in Creative Writing at the University of East Anglia. From Glasgow, she lives in London with her husband, the actor and comedian Simon Bird.

In the novel, the relationship between Claire and her boyfriend Luke is laugh-out-loud funny. Commenting on her futile attempts to read Ulysses, Luke lets slip that he’s finished it: “You could try Dubliners. It’s more digestible.”

The convincing banter between the pair sees even their most intense arguments take a comic turn. Together seven years, the love between them is clear – “He looms towards me like a Marshmallow Man” – but so too is the pressure that Claire’s situation with work and family puts on the relationship.

With her eagle eye on human behaviour, her inquisitive mind and her attraction to random trivia and detail – why people watch wildlife shows, “the tribal day-in-day-out safety” of school, “a frill of milk on his top lip” – Claire’s ideal job should be clear to the discerning reader.

As with her creator, she is a chronicler of modern life whose writing makes it look effortless: “How are we still surprised? Is it as simple as we forget? That planes crash; babies get bigger; cells mutate; volcanoes erupt; sometimes it rains; years go by; regimes grow strong; humans lie; economies fail; children die; bins get full; clean clothes get dirty; darkness always falls early in winter.”

Spoiler alert: the reader doesn’t learn of Claire’s next profession by the book’s end, but we suspect if there was a sequel, we’d find her as an acclaimed writer.