Northern Heist review: stylish and insightful fictionalisation of a robbery 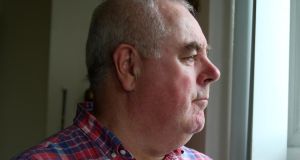 Richard O’Rawe has written the novel we have been waiting for from one formerly involved in the Troubles. Photograph: Mal McCann

When the headquarters of the Northern Bank in the centre of Belfast were raided to the tune of £26.5 million in December 2004, the prevalent view was that only the Provisional IRA had the scope to carry out such an operation. It was a tiger kidnapping, with armed men holding the families of bank officials hostage, forcing them to bring money out and essentially fleece their own workplace. Perhaps the main clue was the aftermath, where the robbers bleached and disinfected all the surfaces and toilets of the houses they’d taken over, so as not to provide any forensic evidence for the police. It was a level of professionalism well beyond your average hoods.

And it was, by all accounts, the manner of those boys. As one of the unfortunate bank workers of Richard O’Rawe’s Northern Heist privately speculates of his captors, they had “total confidence; not even as much as a hint of confusion or panic . . . They’re IRA.”

However, O’Rawe presents a different scenario in this book: that the robbery was arranged by highly organised criminals and “the Provos” attempted to muscle in on the proceeds. He has, in other words, upended a conventional narrative, something O’Rawe has specialised in over the years with his non-fiction works Blanketmen and Afterlives, both of which ripped up the received Republican script on the 1981 hunger strikes.

Northern Heist started life as a screenplay called Greed, which has been expanded out into this hugely impressive and skilfully crafted debut novel. It shifts between time and the perspectives of its unpropitious characters, through Big Houses on the Border, Dublin criminal underworlds, as well as Belfast’s new cityscapes, awakening out of the bitter grandeur of the old industrial city. Though it begins unpromisingly, with James “Ructions” O’Hare assembling a team of criminals and/or former paramilitaries, its dialogue is sharp and venomous, boding well for the inevitable film it will morph back into.

O’Rawe writes stylishly without glamorising these men (and they are men). He has naturally distanced himself from any suggestion that his own IRA past has informed his fiction, but it’s the little details. The “black matter” in the eyes of one of the Tiger robbers, along with their “ruthlessness; the potential for limitless violence”. As the gang members approach one of the houses they will terrorise, one “puts his arm around another’s back and they pretend to laugh at an imaginary joke”. It is a “ruse they have perfected over time to allay the suspicions of nosey neighbours”. It feels we are being allowed to peer in on an old job. O’Rawe’s confidence as a storyteller takes off as the heist begins, dropping you in all kinds of damned places, with piercing echoes of Maurice Leitch’s merciless but pitch-perfect 1981 tale Silver’s City.

Now here’s the (£26.5 million) question. Under the banner of fiction, is O’Rawe, with his knowledge of such environs and characters, telling us what really happened in 2004: that a criminal cohort – involving some ex-paramilitaries – carried off the loot, despite the best efforts of the IRA to secure a pension fund bonus for its volunteers winding down the armed campaign? Or is all this just his imagination?

Northern Heist is the novel we have been waiting for from one formerly involved in the Troubles. Here is a writer who has lifted himself out of the trench of communal politics recalibrated as literature, where every book, play or poem is a continuation of the struggle, the “Brits” always the villains, a united Ireland always the end goal. It marks a step forward for Troubles protagonist literature (and, perhaps, Irish republicanism itself) by moving beyond it, confirming the arrival of a creative voice of note and potential.

Connal Parr is lecturer in history at Northumbria University