New Fiction: The Girl Missing from the Window, by Paul O’Reilly

Stories that would make for great gossip in small towns 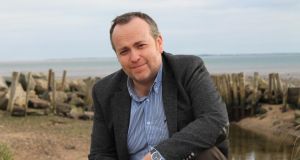 Book Title:
The Girl Missing from the Window

Maeve Binchy often spoke about the benefits of eavesdropping. Private telephone conversations, office whispers, and the table next to her in a restaurant were sources of stories all around her, continually evolving. Binchy once sat behind a couple on a bus, listened to their dramas unfold, and was so interested in the conversation that she got off at the wrong stop and then tailed them up the road to catch the end of the story.

From Austen to Tolstoy to Binchy’s own novels there is endless mileage for drama in the everyday world. Paul O’Reilly’s debut collection, The Girl Missing from the Window, grounds itself in this domestic space. Family and home are central, even when characters go abroad, as desire, despair and death leave their mark on ordinary citizens.

There is a gossipy tone to O’Reilly’s stories and a tendency towards high drama and plot twists that is reminiscent of Binchy. These qualities in his short collection, nine stories in total, make for an untaxing and entertaining read on subjects that range from tragic to trivial.

What Rose Did looks at the suicide of a bullied teenager from the perspective of the mother of one of the tormentors. The notion of unconditional love and the burden of responsibility that mothers bear is scrutinised. The human reaction to the tragedy is skilfully depicted as the townspeople scramble to make connections to the Carney girl, famous in death.

In I Wish MacGowan Hadn’t Written That Song an adult son about to emigrate runs away from the drunken sing-song taking place in his honour in the pub. Back home the real lament is poignantly evoked as his mother asks for a final dance in the kitchen, “snuggles in . . . all tensed up, like every sinew is wound to the last”.

Regrets in a father-son relationship are examined in Restless as the end approaches. The bond between the narrator and his dying father is strong. No one else seems to care about the man – not his wife, nor the lecherous uncle waiting in the wings: “So, do you reckon he has a will then?” The villain uncle, neatly portrayed as such with his unsightly eating habits, has already moved in on his brother’s woman.

O’Reilly has been shortlisted for multiple awards, including the Hennessy First Fiction Award, the Pushcart Prize and Listowel Writers Week, and some of his work has appeared in The Irish Times. This debut collection has been deservedly longlisted for the 2015 Frank O’Connor International Short Story Award. In 2012 his script adaptation of Claire Keegan’s short story Men and Women won the Film Offaly/Filmbase Award and was selected for Galway Film Fleadh and London Irish Film Festival.

His flair for drama is evident throughout the collection, with storylines full of intrigue, sex and death. A lonely man lies to his mother with Alzheimer’s about his “girlfriend”, a Polish 21-year-old who services a number of truck drivers. In What’s Eating You? a man has a lucky escape in a backwater American diner that smacks of Deliverance with its gun-toting characters and banjo playing.

The poetic image from the book’s titular story gives way to a seedy realism as a rain-sodden Amsterdam and its red light district become the focus. Away on a soccer weekend with “the lads”, the everyman Irish narrator, a married father of two, finds himself searching for a particular prostitute on the recommendation of his friends. The Girl Missing from the Window is an unsettling story that contrasts the man’s misgivings and soul searching with the brusque, businesslike attitude of the prostitutes.

A twist in the tale brings a soap-opera quality to proceedings, but the details offered along the way elevate the scene. As he waits nervously in line, the narrator regards his fellow customers: “There’s an odd kind of shuffling silence here, like we’re all pilgrims who’ve come to worship the same thing.”

More drama – and cringe-inducing scenes – elsewhere as a couple try swinging in a last-ditch attempt to kick-start their marriage. A boy and his Traveller mother take bloody revenge on a villainous landowner in Tinkers. In The Love Drug a young marriage is brutally ripped apart after a chance decision at a party. The second-person voice of the husband is particularly effective as he describes his grief: “You stop brushing, wondering why you got up at all, why your beard carries on growing when inside you’ve been feeling as if you had been buried with her.”

In this collection O’Reilly embraces the sensational in domestic life. These are the kinds of stories that make for great gossip in small towns – the you-wouldn’t-believe-what-happened-to-so-and-so that is the bedrock of Irish storytelling. Binchy would be off the bus, following any of these characters home.