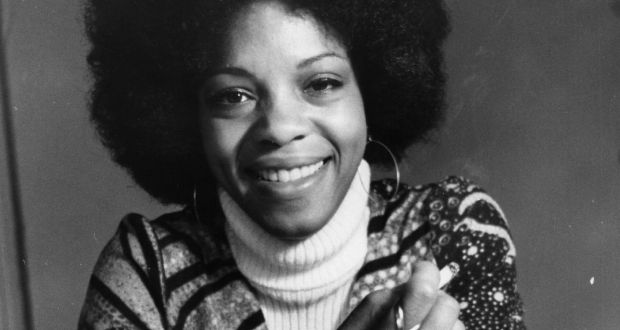 Book Title:
New Daughters of Africa: : An International Anthology of Writing by Women of African Descent

As recently as 2000, UK-based, Ghana-born editor Margaret Busby describes being one of only two black women at a publishing event. Her new book, New Daughters of Africa: An International Anthology of Writing by Women of African Descent, which Busby describes in her introduction as “an amazing party guest list”, is the latest work in a long and pioneering career dedicated to making sure those coming after her won’t feel a similar sense of marginalisation.

Busby became Britain’s youngest and first black woman publisher in the late 1960s, when she co-founded Allison & Busby. Daughters of Africa, her original anthology featuring women writers from, or with a tie to, Africa, came out in 1992. Twenty-six years later, there are more than 200 contributors in the latest volume, including Zadie Smith and her mother Yvonne Bailey-Smith as well as Alice Walker’s daughter, Rebecca.

“To sisterhood, love, and friendship,” reads the dedication.

Some of the women are born on the African continent, while others are descendants of people who travelled, or were forced out to the US and Europe. Busby credits contributors with “many glorious firsts”, including the UK Labour Party’s Diane Abbott, who in 1987 was the first black woman elected to the British parliament.

Their writing takes many forms: speeches, journalism, poetry, extracts from longer works and short stories. They are arranged in order of the women’s birth decades, a chronological reminder that African women have been creating art for many centuries; the youngest included are still in their twenties.

First up is a poem about female friendship from Nana Asma’u, a West African poet born in 1793, and the daughter of the founder of the 19th century Sokoto Caliphate. Next is a speech on slavery by 19th century lecturer and activist Sarah Parker Remond. “For the slave there is no home, no love, no hope, no help; and what is life without hope?”

One of many moving extracts comes from Elizabeth Keckley, an extraordinary woman who was born as a slave, and ended up in the White House as the personal dressmaker for US president Abraham Lincoln’s wife Mary Todd. Keckley’s parents were forced to live and die in different states with different slave masters, and one of her father’s letters is included in the extract from her autobiography: “I hope with God’s help that I may be able to rejoice with you on the earth, and in heaven, let’s meet… we’ll meet to part no more forever,” he wrote to her mother in 1833.

Each contribution begins with a short biography of the author, including where they were born or raised, and a description of an often vast body of other work.

A major theme throughout the anthology is restoring a history of African feminist lineage. “When someone says that feminism isn’t African, we are reminded that we do not have the historical proof to show how continuous our presence is on the continent,” writes Finnish-Nigerian journalist Minna Salami. Chimamanda Ngozi Adichie, another Nigerian and the celebrated author of Half of a Yellow Sun and Americanah, passionately describes her great-grandmother, who she is sure was a feminist, whether or not she used that word for it.

Migration is also a theme. Ethiopian-American writer Maaza Mengiste writes about the trauma experienced by survivors of trafficking, people who tried to get to Europe from the Horn of Africa. “In moments when several who made the journey were gathered, I would watch them point to their scars to help fill the lapses in their stories… That he is alive is a testament to his endurance.”

Some of the short stories will make you hold your breath, like Ugandan writer Beatrice Lamwaka’s Missing Letter in the Alphabet, about a woman whose husband leaves her on her wedding night, upon finding out she was a victim of female genital mutilation. “We were the alphabet and the C was missing. Our clitorises were the missing letter in the alphabet of the world.” Roxane Gay’s short story on suffocating love is another highlight.

Others examine racism from a myriad of angles. South African writer Sisonke Msimang writes, “I quickly learn that to be black in America is to be looked through, passed over, or locked away. It is to be constantly misrecognised.”

“I knew how white folks made up pasts and brought them to the present so they could feel comfortable,” writes Memphis-based Zandria F Robinson, on the topic of Confederate flags.

In some ways this anthology can be confusing. It’s not always clear what you’re reading at first, or whether the writing is new (some contributions, like Ngozi’s We Should All Be Feminists, have already been published and broadcast countless times, not least in a Beyonce song). Nonetheless, the result is a necessary wealth of work – a welcome addition to any book shelf and a compulsory education for anyone unaware of the countless gifted African women journalists, essayists, poets and speakers who should influence how we see the world.

While I was reading New Daughters of Africa, the debate around UK charity Comic Relief’s fundraising erupted in the British media. A Uganda-based advocacy group called No White Saviours criticised the charity for perpetuating stereotypes of Africa as a continent defined only by poverty and victimhood, in need of white people to aid and make sense of it.

Scanning various opinion pieces, I remembered the four-day music festival I went to on my last visit to Uganda. The trip before that, I spent a night on a Kampala rooftop, listening to a riveting performance by the most talented poet I’ve seen live.

Sometimes you need an anthology to remind you of the variety, strength and nuance of writing among a certain region or group of people. New Daughters of Africa is indispensable because African voices have been silenced or diminished throughout history, and women’s voices even more so.