‘Mind on Fire’ by Arnold Thomas Fanning: Triumph out of tragedy

Review: This memoir of mental illness is shocking but ultimately humanising 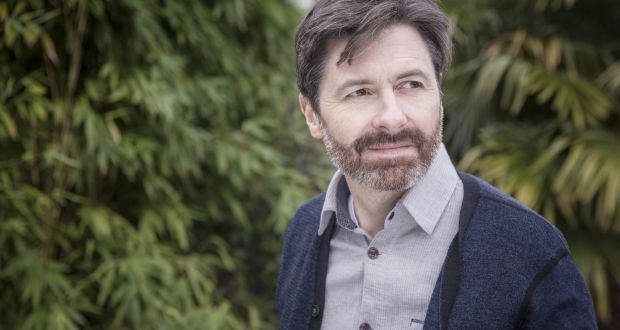 Book Title:
Mind on Fire: A Memoir of Madness and Recovery

“What people are ashamed of usually makes a good story,” says F Scott Fitzgerald in The Last Tycoon and it’s especially true of Mind on Fire, Arnold Thomas Fanning’s painfully intense, courageous and gripping account of his journey to the underworld of madness and back. This is a brave and instructive book. Fanning never spares himself or makes excuses, which makes for powerful reading, an Aristotelian catharsis for the reader. And the miracle is that the story, which seems bound to be a tragedy, turns out to be a triumph.

At times it is almost unbearable, such as when Fanning literally opens his wounds, but this book is chastening reading for any Doubting Thomas who feels that depressed or mentally ill people should “pull themselves together”. This is a book about one man’s desperate attempts to get back on track while losing everything, yet eventually succeeding.

Fanning uses a couple of effective techniques, opening the book using the second person and the present tense, plunging us into the action: “. . . you charge through Heathrow two days after Christmas … the tsunami has struck in Sumatra and you need to go and volunteer there … and on the wall you see … an emergency kit in a glass case, containing a defibrillator and a hazard jacket, so you pull open the door of the case, ignoring the alarm that goes off … ”

In the first few pages, Fanning is attacked by police, arrested and released. A homeless outcast in London, he jumps on buses and trains, his mind racing out of control. He is forced to defecate in a phone box – what else can you do when you are homeless? And when, later on in the book – “three well-dressed yobs out for the night, drunk, seeking a quick laugh … stand over me and cover me in their urine. Dawn that day finds me down at the steps by the Embankment, washing myself in the river” – we can only feel shame for society, which allows such abuse.

Following that intense opening, the narrative switches to the first signs of Fanning’s mental illness when he is a young writer of promise, living with his father in Co Dublin and his meeting with Jennifer, whom he lived with in New York. Yet, despite the support of Jennifer and her family and some special friends, Fanning continued to unravel as he went on and off different medication and struggled to accept the fact he was bipolar. Through the help of his art, his own commitment, friends and dedicated medical staff, Fanning came through eventually but not before he reached rock bottom.

There was much to deal with. The death of Fanning’s mother from cancer when he was a teenager and his father’s unnerving inability to communicate is a harrowing tale. Kept in the dark about his mother’s illness, Fanning is driven to an institution where “…as if I had just dropped from a height, or conversely, been set afloat above the ground, awareness shuddered through me: we were in a place for cancer patients. Cold dread seeped through my body, making me virtually numb, deaf, dumb.” It is likely that this was the main trigger, but who can even guess at the intricacies of the human mind?

This is a highly dramatic book – unsurprisingly, when Fanning’s plays include Those Powerful Machines and McKenna’s Fort, the latter an acclaimed dramatisation of the life of Roger Casement. Almost everything in this book could be acted out and some sections are almost miniplays, like this description of an audition:

“I decide to add a non-contextual action to the monologue, and so, as I speak, I untie my shoelaces, take off my shoes, then take off my socks, which I touch to my nose and smell, all the while continuing to speak. Then I reverse the actions and complete the monologue.”

The director is taken aback by this performance. “ ‘I wouldn’t give you the part,’ he says, ‘but I’ll never forget your audition.’ ”

It’s absurd and funny but also the delineation of a true artist. Once as a young playwright at Annaghmakerrig, in the grip of mania, Fanning’s intense admiration for the playwright Tom Murphy led him to make some ‘Zen’ orange juice, which he leaves outside Murphy’s cottage. When he retreats to the laundry to observe Murphy, he is horrified to see that Murphy is also observing him. Years later he meets Murphy:

He took a moment to consider me, then replied.

And it is one of the truths of this book; how easily any one of us could travel from being “a bit mad” to full-scale psychosis. Alien, unsettling and shocking but ultimately humanising, this is a book we can all learn from.