Meghan Markle’s flight is nothing new: it’s history repeating itself 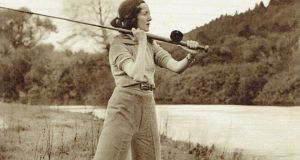 Take one rich, beautiful American, mix her with a popular royal, add a dollop of meringue wedding and turn over on a palace tray to cool. Sprinkle vigorously with the tabloid press, add a pinch of paparazzi, dust lightly with sibling rivalry, allow to set for two years.

What’s that, the Sussex Royals have departed? Oh dear. Soggy bottoms ahoy. This year’s Great British Princess Bake-Off has been … a royal flop.

Anyone who watched the wedding of Meghan Markle and Prince Harry in 2018 would perhaps have expected a bit more longevity and preserve. Their romantic engagement, chic wedding and presentation of a bonny baby boy was a step by step princess dream. Prince Harry isn’t even expected to be king. So where did it all go wrong and why have the Sussex Royals excused themselves from palace life?

To seek a little historical reference, we don’t have to look too far. History has of course a habit of repeating itself. American women stirring British aristocracy up with a big wooden spoon is nothing new.

We only have to look to the famous American Wallis Simpson whose influence led to Britain’s Queen Elizabeth being put on the throne in the first place. Had her uncle David (Britain’s King Edward) not fallen in love with the twice divorced Simpson and abdicated his throne for her in 1936, her father Bertie would never would have been king.

Simpson and Markle bear other similarities. Both fled England to live abroad with their former royal husbands. Both became unpopular and gossiped about in the press and wider society.

Beautiful American women marrying British nobility and finding themselves rather unpopular afterwards is a trend that started in the late 19th century. As England’s financial fortunes took a tumble, daughters of nouveau riche Americans struck up marriage contracts with noble English men, with vast sprawling estates that required much financing to keep their houses and land empires afloat.

The British men wanted the money. The American women wanted the title. They became known as “dollar princesses”. Matchmaking services were set up on both sides of the Atlantic with some publications advertising titled land owners seeking rich, American wives.

For British women, these new, young Americans posed unwanted competition and they closed ranks, shunning the dollar-princess brides. The result was many an unhappy marriage with miserable American women trapped friendless, in a foreign country, usually in draughty houses with haughty, absent husbands.

Not all were miserable, however. Winston Churchill’s mother, Jennie Jerome, was a dollar princess and rose through the ranks to became well respected and popular. Downton Abbey, the renowned BBC series set in real-life Highclere Castle, features the American dollar princess Cora Crawley, wife of Lord Grantham. Cora Crawley is based on Highclere’s own Lady Almina Carnarvon who brought enough wealth, inherited from her biological father Alfred de Rothschild, to help refurbish the castle into what we know it today.

One American wealthy women who refurbished one of Ireland’s most spectacular castles upon her marriage into nobility was Lady Adele Cavendish, better known as Adele Astaire. Older sister and original dance partner to Fred Astaire she left a 27-year stage career behind to marry Lord Charles Cavendish, second son of the ninth Duke of Devonshire.

Lismore Castle, the Irish ancestral home of the Cavendish family, who normally reside at the magnificent Chatsworth House in Derbyshire, England, towers over the small town of Lismore, Co Waterford.

When Adele arrived into the castle as a new bride in 1932 she quickly set about a refurbishment, replumbing the entire castle to allow for the comforts she was used to. A famous saying goes – King John built the castle, but Adele Astaire plumbed it.

Culturally, Adele Astaire is comparable to Meghan Markle, as a wealthy American star in her own right, marrying into aristocracy. Both attracted much media attention upon their engagements and when Adele Astaire was met with a press gang on her arrival into England for her wedding to Charles Cavendish, it was the son of a dollar princess, Winston Churchill himself, who helped her avoid the media attention by acting as decoy on the docking ship.

Adele was not afraid to speak her mind. She cut her own path and was a fashion icon of her time. To this day, Adele Astaire’s mark can be seen on Lismore Castle. Many of the rooms look exactly as they were in the 1930s with dark walls, speckled wallpaper and art deco touches. A large painting of Adele with her husband Charles along the Blackwater hangs in her writing room, a small annex off the main sitting room.

Upon the premature death of Charles, only a few years after their marriage, Adele decided to remarry and return to America, thereby giving up her inheritance rights to the castle. She struck an agreement with the Cavendish family that allowed her to visit the castle for three months every year and she did so right up until 1979.

This goes a long way perhaps to explain why the décor remains so of its time.

The effects of the money and dowries brought by dollar princesses can still be seen in castles and stately homes across the UK and Ireland today. Many refurbishment projects from the late 1800s came not from British money but from American enterprise funds, handed over by young American brides.

What will become of the former Sussex Royals remains to be seen. They may live out their lives in relative peace, away from the demands and pressures of royal life. Their decision to leave the UK may have been a wise choice. As history shows, American dollar princesses were not always accepted and found it easier, eventually, to return to ‘the land of the free’ where societal snobbery was not as strong. It will be interesting to watch if they cause a stir across the Atlantic. And to see who next will take up the great British Princess Bake-Off spoon.

Adele, a bio-fictional account of the life of Adele Astaire by Nicola Cassidy, is published by Poolbeg Press