Making the Irish sexy: Writing the Frontier: Anthony Trollope Between Britain and Ireland

Review by Roy Foster: the first full-length book to analyse Trollope and Ireland will help complete the re-evaluation of a writer on a par with masters such as Balzac 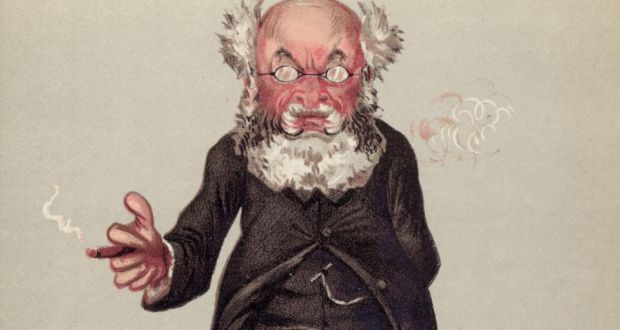 The trajectory of Anthony Trollope’s reputation deserves a study in itself. He was hugely read in his lifetime, but his star plummeted after his death, in 1882, partly because his posthumously published autobiography ironically presented the picture of a kind of automatic writing machine churning out words every morning before setting off to run the post office and partly because the high priests of modernism derided him and the worlds he conjured up.

About 30 years ago a literary colleague whom I tried to persuade otherwise used to riposte with Henry James’s damning conclusion that Trollope possessed “a complete appreciation of the usual”.

Even if true, is this such a bad thing in a novelist? But since then things have changed. The Leavisite ideology of believing that Hard Times was Dickens’s best novel now looks far more antiquated than Trollope’s psychological subtlety, narrative power, stabbing humour, social insights , slangy dialogue and interest in the dark places opened up by greed and self-deception, not only in The Way We Live Now, recognised as a masterpiece of Dickensian proportions, but also in the panoramic serial novels set in clerical Barsetshire and the political world of the Palliser family. The fact that a recent article was titled “Trollope and Modernity” shows how things have changed.

The parameters have also shifted concerning Trollope and Ireland. He lived here for 20-odd years, wrote and set his first novels here, introduced Irish characters and issues into his political novels, and felt as much an Irishman as an Englishman. The fact that he approached Irish issues, like much else, as “an advanced liberal conservative” meant that he grew out of tune with the radicalising Irish world of his old age, but his obsession remained, and Ireland was the setting of his last, unfinished novel, The Landleaguers.

However, John McCourt’s is the first full-length book to analyse Trollope and Ireland. It will help to complete the re-evaluation of a writer who in his psychological amplitude should be placed with 19th-century masters such as Balzac (or Verdi).

McCourt is the author of a luminous book about Joyce in Trieste, The Years of Bloom, and Writing the Frontier shows the same ability to weave historical, journalistic and literary sources together in a way that illuminates the process of writing.

McCourt follows Glendinning (and to a certain extent Trollope himself) in seeing Ireland as a place where the ungainly and unhappy young civil servant could cross various kinds of frontiers and experiment with his life. But he also traces themes of justice (and its withholding) through novels such as The Macdermots of Ballycloran, a tale of seduction, murder and conspiracy, and The Kellys and the O’Kellys, a more light-hearted but sharply observant and implicitly political treatment of Ireland on the eve of the Famine.

In the former McCourt convincingly intuits a deep debt to William Carleton, and he traces out Trollope’s excoriation of Irish landlords and his anger at English incomprehension of Irish differences. McCourt forensically analyses the uneasy subject of Trollope and the Famine, previously addressed by Melissa Fegan and Chris Morash: the elisions and uncertainties of his unsuccessful Famine novel, Castle Richmond, and the inconsistent but determined providentialism of the many articles he wrote about it, make more sense when seen in terms of Trollope’s lifelong involvement with Ireland. Here as elsewhere McCourt treats his odd blend of lacerating insight and prejudiced wishful thinking sympathetically but realistically.

When Trollope returned to England in 1859 he brought Ireland with him, not only in the person of his manservant, who roused him at 5am every day to write, but also in the wonderful creation of Phineas Finn, the young Irish politician who provides much of the glamour of the Palliser novels.

Son of a Catholic doctor father and a Protestant mother, charming to women, hardworking and honourable but struggling with his principles in a bewitching London world, Phineas is faced with quandaries that often concern Irish issues in politics; McCourt shows how he is patterned against another Irishman, Laurence Fitzgibbon, who exemplifies supposedly typical Irish characteristics and plays up to them by using a “brogue”. (There is a brilliant chapter on Trollope’s linguistic subtleties.)

Phineas’s career involves a scandalous legal trial – not so melodramatic when one thinks of John Stonehouse, Jonathan Aitken or Jeremy Thorpe – but he nonetheless becomes (as several Irish politicians did) under-secretary for the colonies and eventually (as no Irishman did) chief secretary for Ireland. This occasions a characteristic exchange between his patrons Glencora and Plantagenet Palliser: “Poor Phineas! I hope they won’t murder him, or anything of the kind. They do murder people, you know, sometimes.”

“He’s an Irishman himself.”

“That’s just the reason why they should. He must put up with that of course.”

This was in spite of Trollope’s early recognition of the need for land reform, his denunciation of the privileges of the Church of Ireland, his merciless derision of proselytising Protestants, his warm sympathy for the Catholic Church in Ireland and his friendship with Catholic clerics – subject of a fascinating chapter here. By the time of his death Ireland had grown away from him, and (to adapt the title of one of his novels) he could not forgive it.

McCourt shows, however, that Trollope consistently used Ireland to introduce unsettling themes into the comfortable English world, notably in some short stories. A young Irishman tries to persuade an older woman with a dubious past into a sexual escapade in Mrs General Tallboys, and the seductive but unstable Mr Molloy plays a homoerotic role in A Turkish Bath.

When we remember that everyone wants a piece of Phineas and that Lady Glencora would rather be “beaten” by the irresistible Irish rake Burgo FitzGerald than lectured to about decimalisation by her noble English husband, we might conclude that another debt Ireland owes to Trollope is his vision of the Irish as sexy. It is a more appealing stereotype than most, and another reason to welcome Trollope into the Irish literary canon. Roy Foster’s most recent book is Vivid Faces: The Revolutionary Generation in Ireland, 1890-1923