Living in the eye of Syria’s storm: My House in Damascus 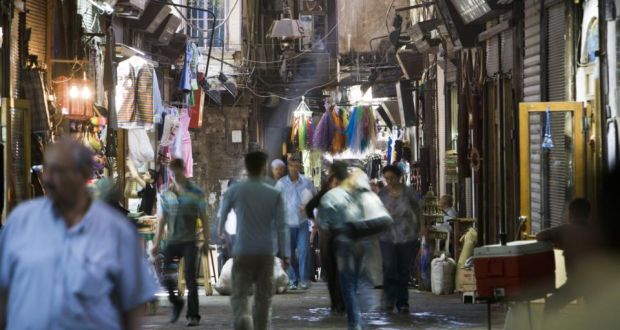 Book Title:
My House in Damascus An Inside View of the Syrian Revolution

The advice she got was clear and unambiguous: “Don’t do it.” Further, it was given by a lawyer who knew his stuff. But what was the advice she sought? Marriage? Divorce? Changing horses midstream? None of these. What Diana Darke wanted to know was should she buy a house in Damascus. Reader, she bought it, and when you get to the end of My House in Damascus you’ll understand why.

The old walled city of Damascus is one of the most evocative places in the Middle East. After 300 years of Ottoman rule its architecture, from hovels to ramshackle palaces, speaks, even in decay, of private wealth and public grandeur. Bands of white limestone and black basalt define not only the magnificent Azem Palace but also Beit Baroudi, the gracious dwelling Darke bought after viewing 30 other houses. Its name means “house of the gunpowder seller”.

At a crossroads in her life following the end of her marriage to a diplomat, and being fluent in Arabic, she took on the job of writing the Bradt Guide to Syria. She had first visited the Middle East in 1978 to study Arabic, but it wasn’t until 2005, while researching the Bradt guide, that she got the idea of buying Bait Baroudi.

It was a challenging process. Take the dead-aunt clause. This stipulated that the sellers, the four Baroudi brothers, had to guarantee that they and only they had a claim on the house – at which point enter their dead aunt, whose beneficiaries could be classed as claimants. A problem? No, no. Easily resolved by writing in another clause, she was assured.

Then there was the price. Whatever it was – she doesn’t tell us – the sum shrinks somewhat when it appears in the contract. “This is for the tax,” the lawyer tells her, “so we don’t have to pay the real amount.”

There’s a lot of that in a country where bribery is a recognised means of earning a living. The mukhabarat, or military intelligence, would pop in to see how things were going and next day her precious secateurs would be missing.

She bought the house – and paid for it in cash, which meant a trip to the bank, where the manager told her the transfer from England had not yet arrived but she could have the cash anyway. Carried away in plastic bags, it took the Baroudi brothers six hours to count it. And don’t even mention insurance, which in Islam is akin to setting yourself up against the fate Allah has in store for you.

The Syrians took her to their collective heart, inviting her to tea, to visit, to family birthday parties. She was especially lucky in her team of helpers – Ramzi the guide, Marwan the architect, Rashid the lawyer, Abu Ashraf her gofer: “Leaving him to get the suitcases out of the boot,” Darke writes, “I opened both sets of locks . . . and stepped into the courtyard with its riot of colour – the wisteria, the bougainvillea, the myrtle, the lemon tree, the vine ascending to the roof terrace.”

And then, as you will have guessed, war clouds darkened the sky. Marwan fled to Turkey; Ramzi was driven out of his village home, his beloved olive trees destroyed. The British embassy closed. “Conveniently, the BBC’s Middle East correspondent,” Darke notes, “had been granted a regime-sponsored visa and was on hand to interview distressed residents fleeing (from al Nusra) as they arrived in Damascus.” How puny these embedded journalists must have seemed to someone living in the old city right up to 2012.

Bait Baroudi is now home to a number of families – all Syrian friends – who have sought refuge in the old city, replicating the fate of the house of another English woman who made Damascus her home: the unstoppable Lady Jane Digby, whose glorious love affair with a desert sheikh in the 1800s shocked upper-class England. Jane’s house, when I visited it a few years ago, was home to numerous families who, in an unkind world, would be called squatters – but not in Syria, where the people are famed for their kindness and hospitality.

Now Darke sometimes gets phone calls from the current residents of Bait Baroudi, asking her to mediate in a dispute. She frets that the two water tanks on the roof may not be enough for the increased number of people there. Is the house warm enough? The price of fuel has gone from eight to 100 Syrian pounds per litre. Like the rest of us, she has no answers to Syria’s problems, noting that Lebanon’s civil war continued for 15 years.

If you’ve been to Syria you’ll revisit here some of your favourite places.

Darke’s book comes with a helpful glossary and list of characters, but what it glows with most is an understanding of and affection for the peoples of Syria. That and a hope that one day she’ll return.