30 years ago, French readers were introduced to a new generation of Irish writers 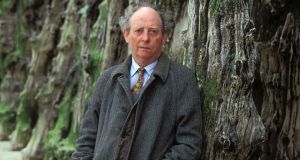 In French bookshops today, it is not unusual to see books by young Irish writers sitting on the shelves alongside home-grown talent. Many including Sara Baume, Conor O’Callaghan, Paul Lynch, Lisa McInerney and Donal Ryan have all had their work translated into French.

In recent years, editors such as Sabine Wespieser and Joëlle Losfeld have championed Irish writing in France. This appetite for Irish books was greatly boosted by an event that took place in France 30 years ago.

In November and December 1989, a literary festival, Les Belles Etrangères, put modern Irish writing centre-stage in France. The idea was to showcase work by contemporary foreign writers and make them better known to the French reading public. The festival took place annually from 1987 to 2010 and was supported by the French ministry of culture. During that time, hundreds of writers from as far afield as Brazil, China, Australia, Norway, India, Albania and Canada were invited to attend.

When Ireland was chosen in 1989, the Irish and English languages were both represented. The authors included John Banville, Jennifer Johnston, Sebastian Barry, John McGahern, Brendán Ó hEithir and Francis Stewart. Also in attendance was the playwright Thomas Kilroy as well as poets Derek Mahon, Nuala Ní Dhomhnaill and John Montague.

Some of the writers were no strangers. Montague had a long association with the French capital, having first visited in the late 1940s. He settled in rue Daguerre in the early 1960s when he was the Paris correspondent for this newspaper. When Barry finished his BA in Trinity College Dublin in 1977, he went travelling around Europe and spent a six-month sojourn in the city.

From November 27th to December 7th, debates, lectures and round table discussions took place in the Sorbonne University, the Maison de la Poésie and the Centre Georges Pompidou. During the second week of the festival, smaller events took place in bookshops, libraries and universities in other French cities including Brest, Rennes, Strasbourg, Grenoble and Montpellier.

The writers usually spoke in front of audiences of between 100 and 200 people. Following one event in the Centre Pompidou, Banville declared that he “was amazed at the crowd here tonight”. He said that although Irish people did read books, he did not think that there would have been such a large turnout for a writers’ evening in Dublin.

Given the omnipresence of the Troubles in the international media coverage of Ireland during the late 1980s, questions from the audience seemed to focus on this subject. However, the writers were there to discuss their work and how it related to the broader picture of Irish writing. They managed to deal with the questions and discuss the present state and the future of writing in Ireland, as well as the Irish language.

When questioned about the place of the writer in Irish society, John McGahern said emphatically that “the writer’s only allegiance is to get his sentences right. That’s how he honours his society, and if they chose to ignore him, that’s their problem.”

While in France, the writers dispensed a dose of reality to an audience that could have been accused of having a heroic, romantic vision of Ireland based on longheld stereotypes of a mist-covered island peopled by primitive souls and stuck in a permanent time warp at the edge of Europe.

Much of the official festival brochure was written by Patrick Rafroidi, a professor of Irish studies at the Sorbonne. Rafroidi was a passionate advocate of all things Irish and a founder and editor of the journal, Etudes Irlandaises. He had published on many aspects of Irish literature from Celtic mythology to contemporary writers and taught at Lille III University and the Sorbonne. He was involved with various international associations for Irish studies, including the International Association for the Study of Irish Literatures. Sadly, he passed away one week before the event

The 1989 visit gained a good deal of press coverage, including an interview with Jennifer Johnston in Libération, talking about her family in Derry, as well as a full page on Irish writing in Le Monde. There was also a positive review of the French translation of McGahern’s novel, The Dark, in the popular satirical weekly, Le Canard Enchainé. Appropriately, it was accompanied by a satirical cartoon of the Leitrim-born author as a tortured adolescent. The French translation of his book had been relaunched to coincide with the festival. Other media outlets also got in on the act, with an episode of the television literary talk-show presented by Patrick Poivre d’Arvor, Ex-Libris, dedicated to Irish writers.

For some readers, Les Belles Etrangères introduced them to writers that they might otherwise never had heard of. For others, it allowed them to put a face to a name. Crucially, it re-opened a conversation that has been going on between the two countries for centuries and it laid the groundwork for future generations of Irish writers to be read in France.