Left on the shelf: the great unread classics

My shelves are cluttered with books I’ve been meaning to read for years, writes Cathy Dillon, but somehow can’t seem to finish – or even start 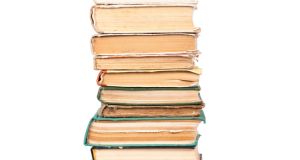 A classic, as Mark Twain observed (quoting Prof Caleb Winchester), is a book everyone wants to have read but nobody wants to read

‘I’m doing a clear-out,” I tell a friend. “I’ve got that magic-of-tidying-up book. It’s very strategic. Books first. All those books you’ve had on your shelves for ages and have been meaning to read – they all have to go.”

“There goes Pity the Nation,” she replies.

Turns out she has already had this de-clutter conversation with another mutual friend and they both had copies of Robert Fisk’s 1990 epic exploration of the plight of Lebanon sitting unread on their shelves for nearly two decades.

It’s hard to say why at least four people bought – or in my own even-more-shameful case, borrowed and never returned – copies of Fisk’s much-praised tome and never got around to reading it. It’s certainly no reflection on Fisk, whose erudite, riveting analyses of developments in the Middle East are well known to readers of the London Independent and radio listeners (he’s a regular guest on various radio programmes). And clearly our intentions were honourable.

In my case at least, I can’t plead that at more than 600 pages it was just too long and I couldn’t spare the time. Last year I scorched through I’m Your Man, Sylvie Simmons’s 500-page biography of Leonard Cohen, with breaks only for eating and sleeping, enthralled the whole way through. In our defence, I think we were overwhelmed by the size of the tragedy, rather than the size of the book. Or maybe we were like those rich people who wanted to appear well-read and furnished their house “libraries” with rows of ersatz classic book spines that were hollow behind the facade.

A classic, as Mark Twain observed (quoting Prof Caleb Winchester), is a book everyone wants to have read but nobody wants to read. From the time I was a child I remember my mother, whenever the subject of War And Peace came up (not that frequently) would announce cheerfully that she was “saving it for when I break my leg”. Decades later, her limbs remain stubbornly intact and Tolstoy’s magnum opus languishes in its place on her bookshelf, its pages unsullied by hand or eye.

Another friend, whose idea of high literature is the latest iPad manual, took his first trip to China on business. At the airport, he was met by a driver who was also to serve as his translator for the duration. “Ah Mr X,” the driver greeted him enthusiastically, “you are from Dublin. So which of Mr Joyce’s books do you like the best?” My friend has never read a word of Joyce, ever. Not even Dubliners. Nor is he in any great hurry to remedy this situation. But he didn’t want to let the side down – or disappoint his polite host. “Oh, I’m sorry, I couldn’t say,” he replied, quick as a flash. “I love them all so much, I couldn’t possibly pick one.”

Which brings us to Ulysses, probably the most famous least-read book of the 20th century, if not of all time. Twenty years ago I interviewed the Booker Prize-winning author and Joycean scholar Howard Jacobson. After talking to him for an hour or so about his latest novel and related matters, and about to take my leave, I asked him, off-the-record, what was for me an important question: is Ulysses really worth the time and effort it takes to get through it?

So many brilliant books, so little time. And more and more as each year passes, and even less time. I did try to read Ulysses. And failed to get through it. (How can something be so entrancing and so boring at the same time?)

I’ll definitely try again, though. When I break my leg.