New work by Eoin McNamee, Nuala Ní Chonchúir and Rita Ann Higgins: a sneak preview of Make Them Visible, a photo exhibition and evening of readings highlighting the lives of displaced people and refugees 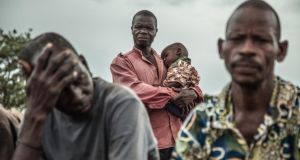 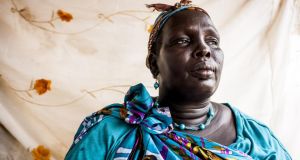 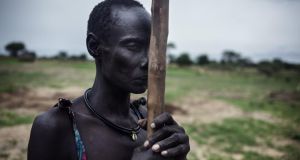 Over the past few weeks, the world has been moved by the terrible images of men, women and children risking their lives in unsafe boats in a bid to reach safer shores across the Mediterranean. People forced to flee their homes because of conflict and the daily terror and uncertainty it brings.

Many of these conflicts are not new. In Syria, the fighting began in 2011 and has so far killed more than 200,000 people, with more than 7.6 million people displaced within Syria and over 4 million having fled to neighbouring countries. Right now, the number of refugees and displaced people in the world exceeds 59.5 million – the largest number since the second World War.

This Culture Night, Oxfam Ireland will host Make Them Visible – a photo exhibition and evening of readings that aims to highlight the lives of displaced people and refugees from Central African Republic, South Sudan and Syria. This is part of a campaign called EUsavesLIVES with Oxfam and the European Commission for Humanitarian Aid and Civil Protection.

From 6.30pm in Oxfam Books, Dublin, on Culture Night, Friday, September 18th, the 15 responses and their images will be exhibited, with readings from Belinda McKeon, Gavin Corbett, Bethany Dawson, Gerald Dawe and Rita Ann Higgins (6.30pm-7.30pm) and from Kate Kerrigan, Ella Griffin, Helena Mulkerns and Helen Falconer (7.35pm-8.30pm). The exhibition will then remain open until 10.30pm with music from Nighthawks. For more on Oxfam Ireland’s works, click here. 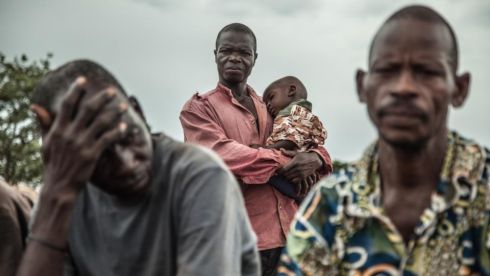 The shoulder of your pink shirt has been ripped and the edges stand up like a ruff.

Where is she with the basket of needles and spools of thread that her mother gave her?

There are two men in the foreground of the photograph. The man on the right looks like the one who tells the jokes. Who keeps your spirits up. Sometimes you wish he would stop talking so much but you know you need him on the way and sometimes he does make you laugh out loud and remind you of good times.

Your son’s shirt has a fashionable camouflage pattern. You notice small ironies now.

The man in the grey t-shirt is the thinker. He never talked much anyway but he has hardly spoken at all on the long journey. He always feared that the abyss was there right beneath our feet and now it has opened in all its evil and he does not know how to hold back his despair.

In The Journey, Primo Levi tells of Italian Jews who are to board a train at dawn to take them to their deaths in a concentration camp. The mothers pack food for their children ‘with tender care’. They wash their clothes and hang them on the barbed wire to dry for the morning.

To qualify as a refugee you have to wear hell on the outside.
You can’t explain that it’s not the danger as such
It’s the baby who needs changed and fed and won’t stop crying
It’s the officials who want to see papers you haven’t got
It’s the tiredness
The single banknote hidden in the sole of your shoe
The uncertainty
The way you can’t go back
Your nerves frayed

It is the look on her face the night they came.

Eoin McNamee’s novels include Resurrection Man, later made into a film; The Blue Tango, which was longlisted for the Booker Prize; Orchid Blue; and Blue is the Night. He lives in Sligo. 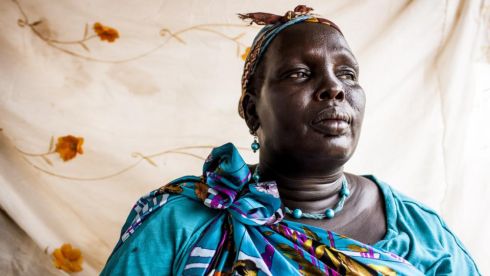 Here they call me Blue. At home my name was Rhoda, meaning rose. Daughter, if she were here, would call me Blue Rose, of that I am sure. She finds everything funny and my new name would make her laugh in that hand-to-her mouth way she has. Poor Daughter, she has never liked the way her teeth buck from her mouth like Sufi temples.

I will not talk about Daughter as if she is away with Allah; she is here with me as sure as being this new woman ‘Blue’ is my duty. And I will not say Daughter’s name until I see her standing before me again with that crooked smile. Daughter, where are you?

Here in Yida Camp, I help other daughters. It is a way for me to comfort my own. The women here are broken; they cannot put themselves back together after violence. Some of their children are not the offspring of missing husbands, they are war babies, forced into their mothers’ wombs. Still, these little ones are as cherished as the rest. But sometimes the mother cannot muster milk and that is where I can help, with clean water and supplies.

One such woman is Favour; she reminds me of Daughter and I take secret, special care of her and her brood.

When I come to her tent Favour says, ‘As-salamu alaykum. Welcome to my home, Blue.’

Favour’s teeth are crowded like Daughter’s. Maybe, I joke to myself, they had the same Baba. But, no, my husband was a good and faithful man.

I scoop Favour’s tiniest daughter into my arms and nuzzle her cheek. I give Favour flour and fresh water to make kissra – a lack of bread has made her children scrawny. She nods her thanks and reveals the tangled bricks of her teeth in a brief smile; it almost undoes me. Daughter, where are you?

Thirty years ago we had The Lost Boys, now they are joined by The Lost Girls. We were used to seeing boys with guns in hand at home. The first time I saw a girl holding a gun in the marketplace, I knew it was time to leave. She could not have been more than ten years old and she swaggered that weapon like a war veteran.

‘Mama, I am not ready to leave,’ she said, ‘there are things I must do.’ For the first time ever she resisted me.

‘It is not safe here anymore,’ I said, and Daughter shrugged.

Hiba, my old friend, had whispered to me that Daughter was seen conferring with a Liberation Army man. I shook my head. Daughter’s resistance told me that Hiba may have been correct. Daughter, where are you?

My work here is like a bad dance – I shuffle forward, I retreat further. But every day I rise and dance again because what else is there to do? Favour needs me, the other women need me. So, for them, Blue gets up each morning and stages her performance: proceed two steps, go back three. Advance, recede. All day, all week, all month, all year. Advance, recede. Some days there is progress; those are the good ones.

I am Blue Rose; I push a slow pathway through Yida Camp and I leave a trail of petals. And all the time I think: Daughter, where are you?

Born in Dublin, Ireland, in 1970, Nuala O’Connor is a fiction writer and poet. Writing as Nuala Ní Chonchúir she has published two novels, four collections of short fiction, a chapbook of flash fiction and three full poetry collections - one in an anthology. Nuala’s third novel, Miss Emily was released in August 2015. Nuala holds a BA in Irish from Trinity College Dublin and a Masters in Translation Studies (Irish/English) from Dublin City University. She lives in Co Galway. 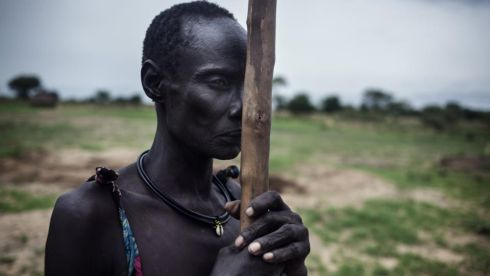 Her name got lost
in the rush.
They don’t give any warning
when they’re going to sack
the village.

She just fled.
One child on her hip,
the other two gripping
that cotton dress.

The link was ancient,
unspoken, unwritten.
Their tears were real.
She had nothing
to give them,
only she was theirs
and they were hers.

When she got so far
outside the village
she took a breath,
and looked back.
No salt, no ceremony,
just smoke.
A lot of smoke.

She walked and walked.
The children never let go.
One sob in tandem with the other,
a comforting beat.

They walked for days.
Too exhausted to cry any more
the children were silent.

At night she nods for short spells,
not long enough to be called naps.
Night noises frighten her.
They huddle together,
a fretful sleep.

Another community let them stay.
Now she just wants to stand here
for as long as she walked.
She is Aung San.
She is Teresa.
She is Malala.

Rita Ann Higgins was born in Galway. She has published 10 collections of poetry, her most recent being Ireland is Changing Mother (Bloodaxe 2011) and Hurting God (Salmon 2010). Her next collection Tongulish is due out in April 2016 from Bloodaxe.