Review: Biography of a pioneer of the BCG vaccine who ran foul of the battle for control of health between church and State 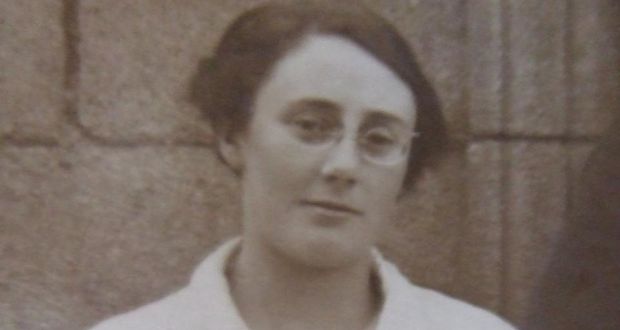 On my left arm just below the shoulder are three round indents. They exist in the same place for most people of my generation. They are the marks of my vaccinations against smallpox, polio and tuberculosis. I had forgotten all about them until I began reading this new biography of Dorothy Stopford Price, one of the Irish pioneers of the BCG vaccine, which did as much to eliminate TB, an often fatal disease, from Ireland as the introduction of antibiotics.

Vaccination is one of the great success stories of public health. Since the smallpox vaccine was invented by Edward Jenner in 1796, 25 infectious diseases, including measles, diphtheria, meningitis, mumps, tetanus and typhoid, have become preventable or controllable by population-wide vaccination. Smallpox has been completely eradicated since 1979, but only after killing 300-500 million people in the 20th century. That little mark on my upper arm is part of a powerful battle against a killer disease which was particularly virulent in children.

Dorothy Stopford was born in 1890 to a family with a long clerical connection to the Church of Ireland on her father’s side, and on her mother’s, a former Master of the Rotunda Hospital.

Her aunt was Alice Stopford Green, historian and supporter of constitutional nationalism. The family moved to London after Dorothy’s father’s death in 1902, and in 1915 Dorothy returned to Ireland to attend Trinity, from whence she graduated with a medical degree in 1921.

She spent the Easter holidays in 1916 at the Under-Secretary’s Lodge in the Phoenix Park, home of Sir Matthew Nathan, one of the key figures in the British administration of Ireland, whom she had met through her aunt, and with whom she had a half-flirtatious relationship for a few years. Her diary for 1916 provides a perspective on the Rising just as ill-informed as that of her contemporary, Elsie Mahaffy, who spent the week locked up in Trinity College, where her father was Provost. Her revulsion at the executions of the Rising’s leaders caused her to shift her sympathies to Sinn Féin.

After graduation, Stopford worked as a dispensary doctor in West Cork, where she combined visits to the “ladies of the county” with first-aid classes to the IRA, and treatment for those wounded during the War of Independence, and later for the anti-Treaty side during the civil war. She also worked as medical officer for the local RIC Barracks.

She remained on good terms with some of the republican friends she made during this time, and there are many jokes in her letters about their attempts to convert her to Catholicism. Turkeys from Kilbrittain used to arrive at her home in Fitzwilliam Place many years later. Her tone in relation to her revolutionary period experience is jolly, ironic and slightly self-congratulatory; she likes her ability to deal with both sides.

Stopford had got to know Kathleen Lynn during her time as a medical student in Dublin, and went to work in 1923 as a house surgeon at St Ultan’s hospital, founded by Lynn as a facility for poor sick children, of whom there were many in the notorious slums of Dublin. She married Liam Price, a district justice and antiquarian, in 1925. (Price was nothing if not intellectually ambitious: he once gave a lecture titled “four thousand years of Irish history”.) They had a happy, although childless, marriage and lived in some style in a grand house in Fitzwilliam Place.

Stopford Price became interested in TB as part of her work in St Ultan’s, coming into contact with poor families where the disease was rampant. She investigated international practice, visited some of the pioneers of TB diagnosis and prevention, particularly in Scandinavia, where important advances had been made in these areas. Her work on TB testing made it possible to establish whether a patient had TB or not (many did not) and treat those who did. It turned out that a large proportion of the Irish population, particularly in rural areas, had never been exposed to TB, and therefore had no immunity, making a vaccination programme all the more essential.

Stopford Price began importing and testing the BCG (Bacillus Calmette-Guérin, after its French discoverers) in the 1930s, gathering support for a nationwide programme and publishing her findings in journals and a textbook. (Interestingly, given the revived public interest in parental consent, or lack of it, for vaccination trials in the past, Stopford Price seems to have understood the importance of such consent and elicited it for her trial patients in St Ultan’s.)

As usual in Ireland of that time, she ran foul of the ongoing battle for control of health between church and State. A riveting chapter in this book describes the Machiavellian machinations of John Charles McQuaid, in 1943, against her attempt to set up an Anti-Tuberculosis League, something which existed in all other European countries.

McQuaid did not like the fact that the proposed league had Protestant members in controlling positions, and even a lone atheist in Owen Sheehy Skeffington. His masterly usurpation of the League, with the help of his vast network of obsequious spies, reminds us that strokes are not confined to political parties.

Stopford Price was vindicated when Noel Browne made her head of the national vaccination programme in 1949. Unfortunately she suffered a stroke in 1950, and died in 1954. But she is a true heroine of the Irish public health system, and this biography does her ample justice, supported by excellent primary sources, and the author’s ability to place Stopford Price in the society of her time.