Ireland a bulwark of empire and a mine within its walls

Ireland and End of the British Empire: The Republic and its role in Cyprus Emergency 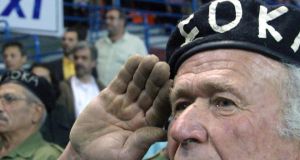 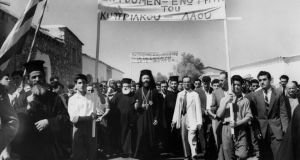 Book Title:
Ireland and the End of the British Empire: The Republic and its role in the Cyprus Emergency

This is a book that improves greatly after the author gets the laborious introduction out of the way. Feeling compelled, it appears, to wrap a theoretical cover around her study, Helen O’Shea informs the reader that “distinctive contributions in terms of proficiency or proportionality are subject to analysis where found, but cognisant of the performativity, shifting meanings and intersectionality of ethnic or national identity with other positionalities such as social class, religion or power positions, this work does not attempt to locate any alleged ‘Irish’ exceptionalist tendencies.”

Where have all the good editors gone?

While there are too many tortured sentences, thankfully, they do not define this important book. Overall, it is a confident, original and authoritative study of Irish interaction with the Cyprus emergency in the 1950s as Britain sought to retain it as the Middle-Eastern base of the British empire following the loss of Egypt. This was against the will of Cypriot rebels and EOKA, the National Organisation of Cypriot Fighters, that sought to achieve unity with Greece (Enosis). The book is underpinned by impressive archival research conducted in Dublin, London and Nicosia, and trawls through a great variety of newspapers and parliamentary papers.

It raises and answers many questions about a complex and multi-faceted Irish engagement with the British empire, doing justice to a history that has been neglected, partly because, in the author’s words “Ireland’s anti-colonialist credentials are cited frequently but all too fleetingly”; they are “asserted not scrutinised”.

Cyprus became independent in 1960 following a four-year guerrilla campaign waged by EOKA and a disastrous and savage British reaction. Given what had happened in Ireland 40 years previously, it is hardly surprising there was much Irish sympathy for the rebels. As British journalist and Labour MP Richard Crossman asserted, “time after time” during his stay in Cyprus in January 1955, “Eire set the precedent for opting out of empire”.

Despite this resonance, Irish reaction to and interaction with the Cyprus question was also, in the author’s words, “indicative of how malleable and subsequently indistinguishable Irish and British identities could be”. Just consider this: the idea of the partition of Cyprus may have appeared anathema to many Irish Catholics, but Ivone Kirkpatrick, a Catholic from Kildare, and permanent under-secretary in the British Foreign Office, admitted he was the architect of this plan.

Irish support for Cypriot nationalist aspirations was paralleled by the role played by Irish officials in the empire; key members of the upper echelons of imperial administration ensconced in Cyprus were Irishmen, and Irish soldiers served with the British army during its campaign there. Whatever about Irish popular sentiment, media and political coverage of Cyprus was often cautious and self-serving, and the Catholic Church leadership was largely silent owing to the geopolitics of the Cold War and Vatican priorities.

As O’Shea rightly points out, while the history of Anglo-Irish relations meant many Irish found it impossible to regard the issue of self-determination “otherwise than with sympathy”, this sympathy was not the same as support, and the “principles” of Irish anti-colonialism and anti- communism could be contradictory, which pleased Britain because it stymied a more aggressive Irish stance.

Nationalist sentiment in Cyprus was hardened by the post-war British belief that Cyprus should be exempt from imperial retraction; EOKA sought immediate and full independence, like the IRA, and the intriguing question became if, in reacting to EOKA’s demand, the British response would follow the same pattern as it had in responding to Irish republicanism.

The answer was provided by the Times in London: “Cyprus has come to resemble John Bull’s other island in 1920 and 1921”. British Labour politicians were fond of insisting that in dealing with Cyprus, Britain needed to learn from its experiences in Ireland, suggestions that were ignored.

As an official in the British Commonwealth Relations Office saw it, “Cyprus raises issues which have 100 years of emotional overtones in Irish history: the principle of self-determination, partition, and the use of troops from another country to maintain law and order”. Many of the parallels with the Irish situation, however, were “discreetly and understandably unacknowledged” by the Irish Press and Irish Independent newspapers because of the IRA’s concurrent border campaign and Irish government’s responses to the IRA threat, which included a declaration of emergency, making it awkward to denounce emergency elsewhere, and little consideration was given to the Turk-Cypriot minority’s fears about Cypriot nationalism.

While The Irish Times allowed republican views on Cyprus to be aired, it also supported the Irish military, judicial and administrative contribution there, “accurately reflecting the complexity of the national synthesis”. The Cork Examiner was even more explicit, noting that Ireland boasted of 30 million Irish abroad: “Ireland may not be herself an empire but there is nevertheless an Irish empire abroad.”

IRA activists were keen to make overtures to EOKA rebels, some of whom were sent to Wormwood Scrubs prison while IRA prisoners were also there, allowing them to bond, but there was also a strong Irish contribution to the repression of EOKA insurgency. Catholic and Protestant graduates of Trinity College Dublin were active in the colonial legal service, including chief justice in the Cypriot supreme court Eric Hallinan, who did not waver in handing down death sentences.

Charles Vesey Boyle, however, as a special court judge, was critical of prosecutors and the weakness of evidence against some EOKA accused, and such frankness embarrassed and undermined the crown counsel’s authority. O’Shea also highlights a striking connection that seemed to go unnoticed; nine EOKA members were executed after they had been refused clemency by the attorney general, James Henry. Likewise, 24 members of the IRA executed during the War of Independence “could only have had their sentences legally overturned by one person – James Henry’s father, Denis Henry, the attorney general of Ireland at the time”.

In relation to the Irish government’s foreign policy, while Cyprus could be used as a yardstick by which to measure potential attitudes towards the raising of Irish partition at the UN, Liam Cosgrave, as Fine Gael’s minister for external affairs, was reticent, and the British Foreign Office was pleased about “the relative caution and indeed sanity” of the Irish government’s approach at the UN. As head of the UN section of the department of external affairs at a time when the idea of the partition of Cyprus was being mooted, Conor Cruise O’Brien urged a more independent Irish line at the UN, but Fred Boland, the Anglophile Irish ambassador in London, was dismissive: “The idea that by going to the UN we can get an expression of world moral opinion on the justice or injustice of partition is a complete illusion.”

Irish delegates to the Council of Europe, Seán MacBride and James Crosbie, were more directly engaged. Crosbie was a member of a commission that investigated human rights abuses in Cyprus, while MacBride worked closely with the Greek delegates. He was an instinctive but also self- serving championing of the Cypriot struggle and played a role in securing the release of the Greek Cypriot leader, Archbishop Makarios, who had been deported by the British government to the Seychelles. MacBride’s efforts, however, were viewed with suspicion and apprehension by Fine Gael and Fianna Fáil and so largely ignored.

O’Shea often skilfully untangles webs that underline, in the words of historian Alvin Jackson, how Ireland could be “simultaneously a bulwark of the empire and a mine within its walls”.

Diarmaid Ferriter is professor of modern Irish history at UCD. His most recent book, A Nation and not a Rabble: The Irish Revolution 1913-23 is published by Profile Books