Inheritors of the Earth review: A bold theory of biodiversity

Provocative and positive food for thought from an evolutionary biologist 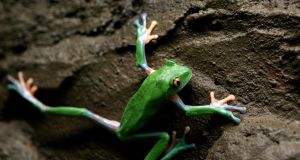 Book Title:
Inheritors of the Earth

In these strange days of denying science and fact, a nuanced, evidence-based approach to environmental issues is a rare bird indeed. Starting from the basis that we are right to fight the razing of habitats and pollution that so harm the species around us, ecologist and evolutionary biologist Chris D Thomas here sets out his stall as a scientist with a startlingly encouraging take on biodiversity. Using examples from the everyday (house sparrows) to the exotic (South African clawed frogs), Thomas explores his theory that although biodiversity has plummeted in some areas, it has flourished in others, particularly urban ones. If the world’s flora and fauna can recover from the likes of the Big Bang, we can already see how evolution can see them move, adapt and hybridise around the obstacles humans put in their way – so the argument goes. Inheritors of the Earth is both provocative and positive food for thought for those who believe in science – although one would hope that a watered-down, clickbait version of Thomas’ message doesn’t fall into the wrong hands as justification for destroying the planet.