I stole €1.75m from An Post to fuel a gambling addiction

Tony O’Reilly was sent to prison for stealing €1.75m. Now he has written a cautionary tale about it to try to make amends 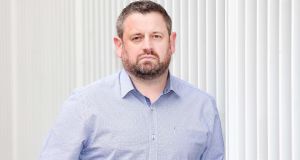 Tony O’Reilly: 'I deserved to be sent to prison for what I did and, to be honest, I believe that I should have served a longer sentence.'

On December 18th, 2012, I was sentenced to four years in prison, with one suspended for a crime I committed. I stole €1.75 million from An Post, and I used this money to fuel a gambling addiction that I had developed over a 10-year period.

I deserved to be sent to prison for what I did and, to be honest, I believe that I should have served a longer sentence. Not just for the crimes of theft and false accounting, but for how my actions caused so many people to suffer. Family, friends, work colleagues and the wider community have all lost so much because of my selfish actions. I can never fully put into words the shame, guilt and regret that I feel for what I have done. Seven years on, my actions are still affecting the people whose trust I broke in the worst possible way. All I can say is that I truly and genuinely regret my actions and I have tried to make amends with people where possible. For some, my actions are beyond forgiveness and I fully accept this.

My decision to write this book was a tough one. I knew it would reopen wounds for the many I had hurt. But eventually, I decided to do it, because I felt it was so important to draw attention to the sheer scale of problem gambling in Ireland. How easily it can take control, and how quickly it can destroy your life.

The epidemic – particularly of online gambling – is happening all around us, with thousands of people suffering both directly and indirectly. My co-author Declan Lynch has stated in previous interviews that I paid a high price for my gambling addiction, in that I was sentenced to prison. I don’t necessarily agree with this. Many others have paid a far higher price by not being able to reach out and ask for help.

Cuan Mhuire, where I completed my own treatment, engages in school talks all over the country, creating awareness of and conversation about various forms of addiction. Four years ago, a school in the Midlands contacted the charity asking if they would come and talk about gambling addiction. It had recently been a tragic cause in the death by suicide of a former pupil, aged 18. I went to the school, with two other Cuan Mhuire residents, and spoke about my own gambling history. I have been back to the school every year since and, for the last two years, have facilitated an annual awareness afternoon with the Transition Year students. This year, I was particularly blown away by the interest and engagement from the pupils.

Highlighting how gambling affects people and their families is my main reason for writing this book. Stories like this one from the Midlands, along with so many others, need to be heard and shared to get a true sense of how widespread a problem gambling has become.

My own story is no different from the thousands of others out there. The amounts gambled may be higher, but the amounts of money involved, however, are irrelevant, next to how the issue can adversely affect the people themselves, and those around them.

Addiction, in all its various forms, is something that has, over decades, touched so many in Ireland and will continue to do so unless we start addressing it, and creating awareness around it. Gambling addiction is one about which there is still a lot of stigma, taboo and misunderstanding. Where depression was once taboo, the conversation has increased, understanding has slowly improved and many can now access the help they need. My hope is that the same will eventually happen with gambling.

One way forward is for the 2013 Gambling Bill to be enacted. It is envisioned that the Bill will address the multifaceted nature of problem gambling. This will include the establishment of a regulator to monitor the gambling operators’ ethical responsibility in areas such as advertising, promotions, self-exclusion policies and staff awareness training. It is also planned that bookmakers will be legally required to pay into a social gambling fund. This fund will be partly used for research and towards the establishment of specific treatment programmes to help problem gamblers. Funds may also be used for the development of education and gambling awareness programmes. These protective objectives are guided by moral principles of gambling regulation to ensure:

Fairness in the conduct of gambling with regard to

- The protection of vulnerable persons, including children, from risks to their well-being arising from gambling

- The avoidance of circumstances where gambling could, inadvertently or otherwise, facilitate or enable criminal or illegal activity

If this can be achieved, it could help so many who are struggling with a gambling addiction and may even stop some from falling over that cliff. Unfortunately, that is what I did, but I thankfully found a way back, somehow.