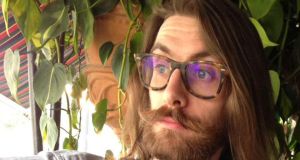 Tim MacGabhann: How to Be Nowhere drops us into Andrew’s moral development and acclimatisation to violence. He has already been kidnapped “not once, but twice”.

In October 2012 – on my birthday, no less – I had the distasteful experience of being in the same room as Javier Duarte, governor of Veracruz state, Mexico, in the town hall of its capital city, Xalapa. He was giving a press conference to open a literary festival, among whose guest writers were JMG Le Clézio, Wole Soyinka, Jeanette Winterson, Enrique Vila-Matas and Valeria Luiselli.

This was a chance for the reviled Duarte – widely known to be in bed (and a whole lot more) with the infamous Zetas cartel – to burnish his image. Twelve journalists had been murdered in Veracruz over the preceding year, making it the most dangerous place in the world for press (including war zones). The federal government, terrified something would go wrong during the festival, had disbanded Duarte’s corrupt police force in its entirety, replacing it with the marine corps.