House of Trelawney: Madcap story of the whims of the wealthy

Book review: Hannah Rothschild has created a clever and enjoyable story exploring the links between old and new money 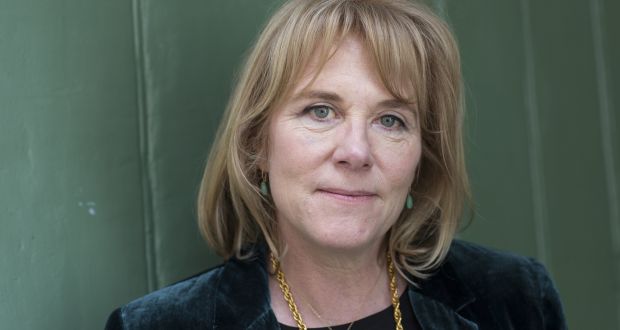 Hannah Rothschild: House of Trelawney is her second novel

You know that effect they use in the film Titanic, where the images on screen morph from current wreckage to past splendour? Undersea rot turns into polished staircases and sumptuous ballrooms. I see a similar distortion as I read the opening pages of Hannah Rothschild’s second novel, House of Trelawney. Instead of a great ship, we are looking at Trelawney Castle, once “the finest [stately home] in the county of Cornwall”, now a crumbling ruin and hazard to its inhabitants. The 500,000 acres of land that was once “Trelawneyshire”, is now a disaster of choked waterways, unclipped hedges, spluttering fountains and vine-covered arches. The castle, which once had “a room for each day of the year”, now has worn carpets and fallen-in ceilings, mice in every crevice, broken pipes, mould.

We don’t really meet a character until page five, by which point the castle has already established a lead role for itself. It is a hero who must weather every storm. Will the great house overcome its latest obstacle, as it has done every other since 1179?

The story of Trelawney Castle is intertwined with the story of another inanimate establishment: Kerkyra Capital, a London stockbroking firm that is riding a seemingly unending wave of good fortune. At their most glorious, both establishments are also at their most ridiculous. The decadence of Kerkyra Capital is described in mocking detail: the 30-floor glass atrium has full-sized palm trees, a waterfall, the piped sound of jungle. Once it even had real birds, but they proved unhygienic. A contemporary historian’s description of Trelawney Castle as “a vomitorium of conflicting architectural styles, reflecting the whims of wealthy, ill-educated and self-indulgent aristocrats” can almost as easily be applied to Kerkyra. Unlike the castle, the stockbroker hasn’t yet seen downfall, but as with all good satire, the audience knows something the characters (or in this case establishments) don’t. Here, the date is our marker, 2008, the year the global economy changed forever.

There are real characters in this book, too – a whole mad family of them. Jane, the Viscountess Tremayne, is the first we meet: a woman frantically and comically trying to keep up with the impossible-to-manage household. Like Voltaire’s Candide, the only thing she can keep a handle on in her dystopian utopia is a small patch of garden, which remains “beautifully and obsessively tended”.

The estate will never be Jane’s. It is bequeathed first to her incompetent husband and then to her insufferable eldest son, Ambrose. Tradition is the ludicrous compass the Trelawneys use to guide them, though you can feel throughout that Rothschild is making less than subtle digs at tradition, especially the way it props up patriarchy. Women are unthanked, jilted, presumed mad. And their behind-the-scenes work sustains the very institutions which shun them.

Many of the characters seem to play-act their way through life, often to their own detriment, though to the benefit of the institution. The old Earl and Countess are perhaps the funniest pair in the book. They act out their days as if they are still living in splendour, while freezing close to death in their dilapidated wing of the building. They call for servants who don’t exist, dress in ridiculously formal outfits and set out glasses for wine they can’t afford. Throughout her marriage, the Countess has been determined to turn a blind eye to the actions of her husband, who has been “constitutionally, almost pathologically, unfaithful”.

The madcap nature of the story; the clichés, and clever way they are rendered, make this a thoroughly enjoyable read – or, to use the correct terminology, a jolly good show. Yet the larger issues this satire plays on are equally fascinating.

Blaze, the shunned daughter of the Earl is the link between old money and new. She works for Kerkyra Capital and is the only one willing to flag the impending doom of the markets. That central tension between what the reader knows and what the characters know is a powerful tool for making fun of wealth and wealthy institutions. Rothschild also gives a wink and a nod towards future money. When Mark Sparrow, grandson of a former Trelawney scullery maid, invests all his savings in technology, we know what fortune is to come for him. But perhaps we are also being invited to envision what might come after: Silicon Valley in decay, senile robots taking their last breaths. Great ruin.

Yet it is never clear, even by the end, what exactly we are being asked to look at: the institutions which fall, or the ones that rise again. For, among all the revolution, modernization, and recalibration of wealth and power, there are always some who, fortunes intact, manage to sneak away in a lifeboat.