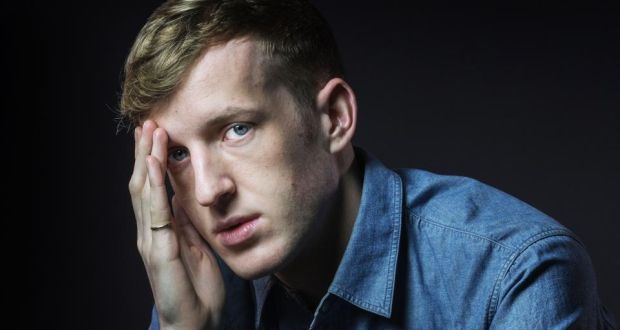 Édouard Louis: For his sake, I hope that what comes next are accounts of happiness, for he runs the risk of becoming a misery memoirist. Photograph: Joel Saget/AFP/Getty

Finishing this novel at a time when questions of consent, sexual violence and rape have dominated headlines, it’s hard not to become depressed by the often imbalanced way in which victims and perpetrators are treated by the courts and the police. After the trauma of an attack a victim can be subjected to even more distress by a system that seems designed to blame her or him.

Male rape is far less common than that against women, of course, but it’s the subject of History of Violence, the second book by the young French writer Édouard Louis. The first, The End of Eddy, recounted his youth in a small rural town in northern France, his coming out and his eventual escape from a family that inflicted any number of brutalities upon him. That book was one of the most affecting accounts of a troubled childhood I’ve ever read.

The follow-up takes place on Christmas Eve 2012, when Louis is returning home in Paris and encounters a man named Reda on the street. They get talking, and although Louis is keen to go home alone they end up in bed together and have sex. Only later, when Reda is about to leave and Louis notices that he has stolen some of his belongings, do matters turn violent: Reda not only rapes Louis but also tries to murder him.

There’s a curious structure to the book, which moves between the author’s account of what happened and an imagined conversation between his sister, Clara, and her husband where Clara recounts Louis’s story and engages in an unsympathetic commentary on it. She’s embarrassed by her brother’s homosexuality and anxious about how her own family will be treated by the small-minded bigots who populate their local area, even though she is as intolerant as any of them.

Louis veers between deep emotion and a forensic study of the night in question. It’s as if he is using his writing to understand whether, in fact, he’s culpable in some way and exactly how the encounter changed from consensual sex to rape. It makes for a heartbreaking read, for he was only 20 at the time and continues to be traumatised by his experience.

His suffering is not helped by the racism and lack of concern shown by the police. They constantly refer to “foreigners” and “Arabs” in an attempt to bate Louis, and one, a woman officer, says that ‘if it had been her she’d have shouted as loud as she could”. This attempt to frame how rape victims should behave is surely one of the things that leads juries to acquit guilty men. They imagine what they might do if they found themselves in that position and expect the same of the victim, even though no imagination is strong enough to bear that weight. Reading the accounts of Louis’s encounters with the Paris gendarmes that are scattered throughout the text will leave the reader feeling angry and impotent, questioning how attitudes will ever change when those in authority appear to be stuck in the dark ages.

There remains the question, however, of when is a novel not a novel. In recent years we’ve seen collections of short stories masquerading as novels, and now we have autobiographies calling themselves novels. I’m not entirely sure why Louis chooses to use the term, as it diminishes, for me, the impact of the work. I want to believe that every word on the page is true, because, if they’re not, then I feel manipulated as a reader. But if every word is true, then it’s not a novel; it’s an autobiography. If it’s for commercial reasons, then he might look to the Norwegian writer Karl Ove Knausgård, whose exhausting accounts of the minutiae of his daily life have become international bestsellers.

Issues of literary identity aside, I find myself captivated by Édouard Louis’s books and his raw honesty. For his sake, I hope that what comes next are accounts of happiness, for he runs the risk of becoming a misery memoirist. But as the next volume should, presumably, detail his experience of achieving his dream of literary fame, one can only hope that there will be better times ahead for a gifted young man whose life has contained too much darkness.

John Boyne’s next novel, A Ladder to the Sky, will be published in August by Doubleday