Histories review: Short, hypnotic insights from the heart of a hospital 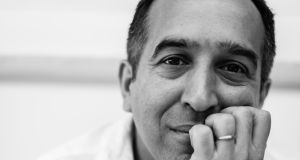 Dr Sam Guglani has a masters in creative writing from Oxford and writes a regular column on the medical world in the Lancet.

Those in the medical profession are long used to giving testimony – to colleagues, to patients as they explain diagnoses, even sometimes in court. Dr Sam Guglani, an English consultant oncologist, takes this to a new level in his short, hypnotic novel of interlinked stories set over the course of a week in a busy hospital.

The multiple voices range from consultants to head nurses, student doctors to cancer patients. They combine to an intimate portrayal of a world that often seems alien to those outside it, despite being a fundamental part of society that most people will experience at some stage of their lives.

Guglani’s hospital is a microcosm of society, an extreme hierarchy from the omnipotent consultants, to the cleaners they curse at, to the porters that feel invisible. At the bottom of the hierarchy are the dying patients, still hopeful that “the top man” will be able to save them. Guglani’s tender prose lays bare their plights. Histories focuses on the humanity, or sometimes the awful lack of it, at the heart of a hospital.

Based in Cheltenham, Guglani has a masters in creative writing from Oxford, writes a regular column on the medical world in the Lancet, and is a founder of Medicine Unboxed, an organisation that promotes an understanding of medicine through the arts and humanities. He is well placed to write this book and the stories of his characters feel authentic and multifaceted as they chart the chaos. Their narratives offer stunning descriptions of the human condition and our fear in the face of mortality.

Consultant oncologist James Chester, recently diagnosed with cancer, pinpoints the terror: “That after all we amount to so little. That we squander our moments, almost inevitably.” Despite his grim personal situation, James gives a sardonic view on hospital life and the rivalries between the departments: “Radiologists really do live in the dark. They’re the angels of death, not us.”

The medical detail in Histories is what really brings the book to life. A liver through the eyes of a doctor is “enlarged, pressed out like a child’s angry lip”. Radha the medical student “enjoys the press of a needle tip through a vein’s wall and its movement through the pinned vessel, the dark flash of blood”. Staff nurse Lucy Conway notes “medicine’s biggest lie, how its main goal is to prolong life”, while she touches a recently found lump at her clavicle.

Such details call to mind medical memoirs such as those of the neurologist Henry Marsh, though the fleeting chapters in Histories don’t allow for the same level of intimacy or insight. The interconnected stories work to a point but they are underdeveloped – largely because of the length of the book rather than the quality – when compared to more masterful versions of the form from writers like Donal Ryan or Elizabeth Strout.

Guglani takes risks with the form in addition to its unorthodox structure. Some work brilliantly: a circular narrative that opens and ends with a sympathetic Indian consultant; a chapter in the form of a dictaphone entry; a sick patient drifting in and out of consciousness. Less successful is a conversation that pits a hospital chaplain against Nathan Munro, a consultant with a God-complex. The consultant’s lack of empathy comes across but the point is laboured and the dialogue stilted.

Much more engaging is Munro’s swaggering first-person narrative, whose justification for his pompousness is surprisingly hard to argue with: “This is exactly the version of doctor that people want and trust. It actually makes them feel better.”

But Histories is a vibrant read because Guglani does the opposite. He offers many different versions of doctor and caregiver, right from the opening sequence narrated by oncologist Dev Bhatia “who was briefly Dave when he started here. Like they’d all had a meeting and decided on it: Let’s bloody well call him Dave, shall we?”

Elsewhere we learn the ins-and-outs of hospital life, from the menial tasks of a cleaner who has to deal with the doctors’ mess after a night out, to deeper psychological insights from long-term staff like nursing specialist Nancy Wilson: “We’re drawn to the young and the beautiful in hospitals. We flock to them. We meet them differently to the elderly, say, or the obese … As though, at some level, we really do believe that beauty renders us invulnerable to suffering.”

The title of the book reappears in various guises. Josh the porter mimics the doctors as they rush about on the wards: “What’s the story? Did you take a good history? Like it’s something you can take.” A more meaningful definition from a consultant who is slipping into alcoholism to escape the enormity of her daily grind sums up the cumulative effect of this captivating book: “It’s as though all their shouldered but invisible histories weigh upon and unbalance her, toppling successive encounters so that the day unravels sometimes like a trail of falling dominoes.”