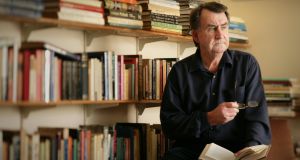 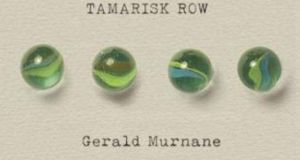 Australian writer Gerald Murnane has not travelled far, in life or in literature. He has rarely left his home state of Victoria, and despite high acclaim (“a genius on the level of Beckett,” says Teju Cole), only one of his 14 books has previously been published in the UK or Ireland. Independent publisher And Other Stories is fixing that and giving us five of Murnane’s books, starting with his debut work of fiction, Tamarisk Row, and his latest (and reportedly last), Border Districts.

In his introduction to Tamarisk Row, Murnane warns against reading it as “an account of so-called actual events on the surface of a well-known planet”, which seems disingenuous and a form of rationalisation based on the more rarefied plains where his art subsequently took him, because it does read as an account of actual events, and a good one at that. The central character is Clement Killeaton, a boy living between the city and the bush, who navigates 20th-century schoolboy rites of passage – a life of marbles and rosary beads – but also creates a world of his own, including a miniature racing track inspired by his father Augustine’s love for a “plunge” on the horses.

But Murnane is right: this is not a standard coming-of-age tale. Its prismatic narrative refracts the material so that the shift between what is really happening and what is going on in Clement’s head is not always clear. This echoes the very act of reading a novel – a story the reader knows is invented but must treat as real – and fits with Murnane’s manifesto, which is that the value of fiction lies in bringing to life not its characters but “the narrator through whose mind the text is reflected”.

This does not make it a dry read. It’s full of life and often funny, as when a priest promises schoolboys that a statue of the Virgin Mary “will never refuse anything you ask her”, adding, when the boys begin to show interest, “so long as it’s for the good of your soul of course”. (Murnane’s funny side is elsewhere shown in his literary archive, which came to public attention a few years ago. Files within have titles including “Telling white lies to the Literature Board”, “I give up writing fiction – again!” and “Peter Carey exposed at last.”)

If Tamarisk Row is a traditional novel disrupted, then there is almost nothing typical about Border Districts at all. It is a novel with no plot, no characters, just the narrator’s memories and reflections – indeed Murnane (or his narrator) would deny it’s a novel at all. “I am not writing a work of fiction but a report of seemingly fictional matters.”

For Murnane’s narrator, memories and experiences exist as a series of “mental images”, so there are references back to marbles that Clement played with in Tamarisk Row, and the same obsessive awareness of colour that permeates the earlier book. Murnane has spoken about his synaesthetic experience of colour: “I can recall the colours carried by every winning horse at the first race-meeting I attended, which was at Mornington in 1953.” Also present, as they were in Tamarisk Row, are long, looping sentences that telescope in and out of time, but retain grammatical flow and never lose the reader. “Every afternoon hundreds of years ago a gentle breeze blows misty rain across the many chimneys of the great house whose shape is beginning to fade at last from the silver watch-case in the leather stud-box in Augustine Killeaton’s wardrobe.”

There is plenty of external detail in Border Districts – local buildings, childhood journeys, religion, books read – but the focus is ever inwards, into memories of experiences and reflections on those memories. Frequent interjections like “While I was writing the previous paragraph … ” give a sense of the book being formed as it is read, of the unvarnished reporting of experience, a sort of living literature. At times this looseness becomes comical, as when Murnane refers to a meaningful passage in Proust that he copied out more than 30 years earlier. “I put the statement among my files, but I failed to find it just now after having searched for it for nearly an hour.”

If Gerald Murnane were a contestant on The X Factor, he would be dismissed as not “relevant”; that is, his books do not fill an obvious marketing gap, are not in line with publishing trends, and he will never crack even the bottom of the bestseller lists. But that is why his books are so good and so important. They are strange, unique and uncategorisable, and the richness of Murnane’s introspections can make more traditional plot- and character-driven novels seem very thin indeed.