In Dada, the Croatian writer Olja Savičević has created a compelling witness who is also a survivor, not particularly heroic, but likeable and sympathetic. 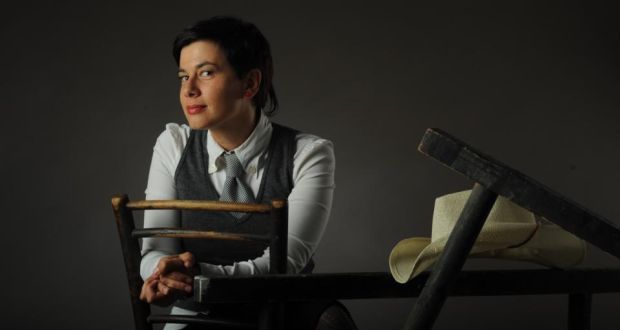 Dada is a candid young woman with few delusions about her place in the world. She belongs to a lost generation and she knows it. Geographical distance and time have given her the courage to face her past. In Dada, the Croatian writer Olja Savičević has created a compelling witness who is also a survivor, not particularly heroic, but likeable and sympathetic.

As the novel opens, Dada is on her way back home to a small coastal town in Croatia where, for her, only her mother and sister are left. The war may be over, yet the smell lingers as do the memories, the debris still visible as is the graffiti.

“Looking back, I can see clearly that everything had changed faster and more fundamentally than I had. I must have spent the last few years standing still on a conveyor belt, while everything else was rushing and growing. I rarely came home, caught off-guard every time I went to the centre, to the west of the town, where my sister lives, into the scintillating showroom, that garish shop-window of a broken and robbed world. Going into town is a digital adventure in which I’m met round familiar corners by ever newer and more unrestrained silicon hordes. The adrenalin scattered through the air is an aerosol that fills and pierces my lungs.”

Her mood of displacement is quickly established as is her laconic disillusionment filtered through a conversational tone. Yet the sexually-liberated Dada is also a dreamer, her mind is alive from images from her childhood and thoughts about her father, who died young. Because of his illness he was placed in charge of the movie house at the cement works; “The Balkan Cinema it was called back then.”

A few pages earlier Savičević has already introduced Western movies, one of the defining motifs of this wonderful novel, and in truth she is something of a lone gunslinger herself. She has ridden into town, well, not quite, she has acquired a Zippo, a little scooter and she needs to discover the truth behind a family tragedy.

So her father liked cowboys. Once upon a time in the old Yugoslavia, where so many Westerns were cheaply filmed, everyone else preferred the Indians: “It was only much later that cowboys came into their own. But my father loved the proper cowboys: John Ford, Zinnemann, he used to say. He adored the Italian westerns of Leone and Sergio Corbucci . . .” Her father also had a self-important white cockatoo that was savaged, after his death, by the family cat.

Her mother’s grandmother had once lived with them and she can still remember the ancient woman who had buried three husbands and lived her final years in a living death. By far the most alive in Dada’s memories is her brother Daniel whom she resembles – beautiful, clever and somewhat strange Daniel who threw himself down on the railway tracks. Late in the novel, a stranger, attempting to make conversation with Dada, declares: “I like trains, regardless of the bad air,” and then asks: “What precisely is it that you don’t like about trains?” Dada’s response is characteristically direct: “Someone close to me threw himself under one. So it’d be stupid for me to say I like trains. Otherwise I don’t have anything against them.”

By then Dada and Savičević have pieced together a vivid portrait of the mercurial brother whom Dada realises she barely knew. Her doubts are the result of a series of emails she reads which he had once sent to the local vet, a clever man with whom he had shared a complex friendship. The offbeat vet, Karlo Sain, is also a mystery; he too had gone away only to return. “Perhaps it will appear strange, dear Dada, but your brother was my best, perhaps even my only friend . . . the only radiant thing in my life,” he tells her, “was my friendship with Daniel.”

The narrative evolves through a series of odd encounters with various characters, many of whom are strange or troubled. Aside, that is, from Dada’s sister, who expresses herself in slang, is comfortable in her skin and tends to survey all about her with caustic humour. Dada recalls being interviewed for a German student radio programme “about the postwar life of young people in Croatia”. The student held a Dictaphone and prefaced his question by telling Dada that she lived in a multicultural country. Dada disputed this but her sister took over: “Oh I know what he means . . . There’s various nations here, at least two nations in every house in our street, but it’s all the same mangy culture, if you ask me. Only the Chinese can save me from boredom.”

A simple exchange reveals a great deal. Savičević, who was born in 1974 and grew up with the war, also belongs to a lost generation. This novel, which appears to be an account of a personal quest, is about so much more. The Croatia of today is now a tourist destination and had come to be so, even before the scars of war had begun to heal. “English and Dutch people had recently settled in our narrow land, followed by Belgians and French people – I don’t think the Chinese believe that poverty is especially romantic. It was fascinating to watch dwellings stuck together with stone, cement and bird droppings . . . turn into little picture-book cottages,” remarks Dada, who adds: “My sister calls all the westerners who have moved into our street over the past few years, transforming those hovels into pleasant summer-houses, tourists.”

The more Dada delves, the more she discovers. Admittedly, much of her research is contained in that, by now, most archaic of devices, a floppy disk: “. . . who still uses any of those things? In fact it’s easier to find someone who plays gramophone records . . .”

In the long opening sequence, ‘Eastern’, the emphasis is very much on contemporary Croatia and the changes Dada notices all around her when not thinking of her childhood or recalling the brother she thought she knew and of the times he almost seemed to die, before he actually did take his life.

The second section, ‘Western’, is interestingly ambivalent. On one level it is a clever parody of the Western genre. Yet it also pursues an even more poignant tragedy, that of an initially comic young woman who had failed to find any safe haven. Maria Carija is abused by her family and ridiculed by everyone else. Her desperate attempts to belong bring her ever closer to disaster. Ultimately she is involved in a parody of a Wild West shootout.

Savičević’s prose, which is always relaxed and descriptive, and sustained with conversational ease, becomes increasingly beautiful in moments of high drama. The distinguished translator Celia Hawkesworth continues to serve Balkan literature brilliantly and she conveys the mood of the moment in Farewell, Cowboy, as well as she did in Vladimir Arsenijevic’s much earlier despatch, In the Hold (1994), which appeared in English two years later.

Dada, having completed her mission, takes her leave not only of her home town, but of her younger, naive self. A dramatic version of this novel is about to be staged, and it should also be filmed. The humour and sheer anarchy of the action combined with the comic exasperation, unforgettable characters and Dada’s wry acceptance of the way life happens to be, make this subversively appealing novel all the more profound; even, unexpectedly, beautiful.