‘A Girl Is A Half-formed Thing’ author has already won Goldsmiths Prize and been shortlisted for Baileys, Folio and Desmond Elliott prizes 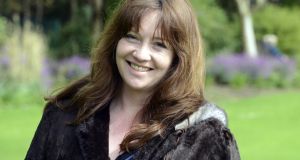 Eimear McBride: depicts in her own singular language a young woman’s relationship with her brother, and the long shadow cast by his childhood brain tumour. Photograph: Dave Meehan

Eimear McBride has won the Kerry Group Irish Novel of the Year Award for her debut novel, A Girl Is A Half-formed Thing. The prize was announced as Listowel Writers’ Week opened for the 43rd time last night.

The €15,000 award is the largest monetary prize for a novel available solely to Irish authors. Joining mcBride on the shortlist were Deirdre Madden, Colum McCann, Frank McGuinness and Donal Ryan.

This first novel from McBride has taken the literary world by storm, winning the Goldsmiths Prize for Fiction and being shortlisted for the Baileys, Folio and Desmond Elliott prizes. It is a story of sisterly love which has already received much critical acclaim, described as “genius” by author and critic Anne Enright. The author depicts in her own singular language a young woman’s relationship with her brother, and the long shadow cast by his childhood brain tumour.

McBride, who was born in Liverpool in 1976 to Irish parents, grew up in Sligo and Mayo. She wrote A Girl is a Half-formed Thing in just six months, but it took nine years to get it published. Galley Beggar Press of Norwich, which is where McBride now lives with her husband and daughter, finally picked it up in 2013.

Speaking about the Irish novel of the year award, Frank Hayes, Kerry Group’s director of corporate affairs, commented, “This year’s shortlist included the work of five exceptional Irish writers, each of whom has showcased the breadth of talent Ireland has to offer and will inevitably continue to contribute to Irish literature on the world scene.”

This year’s festival opening ceremony, hosted by poet Paul Durcan, featured a slew of literary prizes, including the inaugural Pigott Poetry Prize awarded to Matthew Sweeney and the John B Keane Lifetime Achievement Award in association with Mercier Press, which was presented to playwright Bernard Farrell. More than 39 prizes were awarded on the night, from our most eminent novelists and poets, to youngsters taking their first steps on their creative journey.

A highlight is “War Stories”, which will feature BBC reporter and war correspondent Fergal Keane, former army officer Tom Clonan and BBC broadcaster Andy Kershaw discussing the roles played by war correspondents based on their own experience of working in war zones.

The festival will remember Seamus Heaney in collaboration with Poetry Ireland. Students from the 2013 Poetry Aloud competition will pay tribute to the poet by reading his work. The National Children’s Literary Festival runs in conjunction with the main festival and features school tours, authors in schools programme, workshops, shows, walks and so much more.