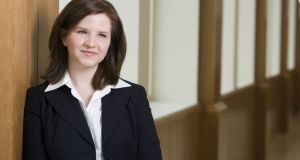 Westover’s story is so extraordinary that its bare bones would have been enough to make a fascinating book. Photograph: Kenny Crookston/BYU

During an art history lecture in her first term at Brigham Young University, Utah, Tara Westover came across a word she had never encountered before. Having seen other students ask questions, Westover raised her hand. “I don’t know this word,” she said. “What does it mean?”

What she describes as “an almost violent silence” followed. Then the professor snapped, “Thanks for that” and continued with the lecture. Afterwards a previously friendly classmate told her, “You shouldn’t make fun of that” and walked away. Confused, Westover went to the computer lab and looked up the word. Then she understood the reaction to her question. The word was “Holocaust”.

Westover was born in 1986, but until that day, she had never heard of the mass murder of Jews during the second World War. She had never heard of Napoleon, or Martin Luther King, and she thought Europe was a country. She had never set foot in a classroom or visited a doctor. She had grown up in rural Idaho in a family dominated by her father Gene, a radical Mormon survivalist who was determined to keep his seven children out of, as he saw it, the clutches of the government and the wider world.

Officially the children were being “home-schooled”, but by the time Tara was eight, all pretence at formal lessons had stopped, and she was soon working hard in the family junkyard. Schooling, according to the Westover parents, was “brainwashing”. The only other families with whom they socialised were, like them, preparing for societal breakdown or a raid by government forces. And yet today Tara, who had never been in a classroom until she went to Brigham Young University, has an M Phil and a PhD from Cambridge. How did that happen? And what else did she gain – and lose – along the way?

Westover’s story is so extraordinary that its bare bones would have been enough to make a fascinating book, so the fact that she tells it with such enormous skill and insight feels like a bonus. The narrative is perfectly paced, revealing more and more details as Westover gradually begins to see her family, whose beliefs and lifestyle she has always taken for granted, in relief for the first time.

Race, for example, isn’t mentioned at all in the book until Westover reaches college – beforehand, it simply hasn’t been something she’s thought about, growing up in an entirely white environment. But as she is hit by the reality of America’s brutal racial history, she realises that her family have wilfully or accidentally ignored and dismissed this history, “that we had lent our voices to a discourse whose sole purpose was to dehumanize and brutalise others.”

There is no doubt that Westover’s parents loved their children deeply. But Gene Westover’s wilful disregard for his family’s safety and wellbeing is so enraging that at times I had to put down the book and take a deep breath. The narrative is full of horrific accidents caused by his refusal to consider basic safety practices. And when these accidents take place, no doctor can be called, because doctors are tools of socialism.

But Westover never demonises him, or her mother, a midwife and herbalist who facilitated his delusions. She doesn’t even demonise her violent brother, whose behaviour provided a further impetus to get away from her stifling environment. She recounts her experiences with a matter-of-fact lyricism that is extraordinarily evocative, and which makes the emotional impact of the inevitable rift between herself and some members of her family even more powerful.

Educated reminds us that education doesn’t just mean learning about history and science and art. It means learning how to think for oneself. But once a woman has learned “how to see and experience more truths than those given to me by my father, and to use those truths to create my own mind, is it possible to reconcile her old and new selves?”. Westover knows there is no easy answer to this question. She knows that her education has brought pain as well as fulfilment. But that education has given her ability to define her life and tell her own unforgettable story, and for that readers everywhere should be grateful.

Anna Carey’s sixth novel Mollie on the March will be published in March.

Dr James Barry: the Irishwoman who fooled the British Empire
4