Ebooks: The self-publishing route to a more traditional relationship 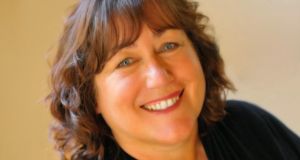 Self-published authors feature heavily in the sales figures that Amazon have collated, amounting to 31 per cent of everything that readers buy. Most of them are genre titles – romance, crime, erotica – that are reliant on word of mouth and reader reviews rather than critical attention to sell copies. However, the frequent appearance of false reviews on digital publishing sites and online bookshops (Amazon recently filed a lawsuit against more than 1,000 paid “reviewers”) can make it difficult to select one self-published title over another.

Rachel Abbott is now Amazon’s bestselling self-published author. She published her first psychological thriller in 2011, and her latest book, Stranger Child, has just been released through Amazon’s Kindle Store, priced £3.48. The story centres on the disappearance of a six-year-old girl from the scene of a car crash in which her mother is killed. Six years later, grieving husband and father David, who has spent years mourning the tragic loss of his small family, has finally moved on. He has a new wife, Emma, and an infant son, but the appearance of a young girl in their garden one afternoon raises questions about the earlier tragedy.

Stranger Child is a pacy psychological thriller, with short chapters that are particularly effective in ebook format. Abbott offers the reader a panoply of leading characters to follow, who give alternative perspectives on the tragic history and present mystery. There is Emma, whose motherly instincts draw her into the past despite her own best interests; David, whose guilelessness must surely be a pose; DCI Tom Douglas, a detective on the brink of retirement; and his sharp assistant, Becky Robinson.

The detective duo actually appear in Abbott’s earlier books, but Stranger Child works well as a standalone suspense novel. Abbott’s books have been so successful that she has been signed by Amazon’s paperback publishing outlet, Thomas and Mercer, and although distribution is primarily online, you can easily imagine Stranger Child sitting happily on airport stands alongside the work of James Patterson or Lee Child.

There is often a notable price difference between epublished and traditionally published books. Within the realm of self-publishing, that gulf is, understandably, often wider. This is the case with Meath writer Angela Currie’s self-published debut novel, The Training Ground, which costs £2.31 in Kindle format or £11.99 in paperback. Set against the backdrop of the second World War, it follows the exploits of two members of Irish military intelligence agency G2 – gifted linguist and civil servant Anna Fingal and seasoned spy Seamus Halpin – as they are sent off to Europe to work with British intelligence. The novel is never too reverent in its historical approach, but it sheds light on the little-noticed world of G2, whose work is often whitewashed out of “neutral” Ireland’s wartime history. The characters’ clashing personalities and dramatic personal histories, however, ensure that it is the fiction that keeps us reading.

At the other end of the digital spectrum is the newly launched self-publishing platform MacGuffin, which is run by the not-for-profit UK publishing house Comma Press (macguffin.io, free). Comma Press has a long-established reputation as a leading publisher of new short fiction. It has published work by Deborah Levy, Toby Litt and Sara Maitland, among others, and championed work in translation from writers in Japan and throughout the Middle East.

The bar for MacGuffin, then, is set pretty high. The stories, poems and short non-fiction pieces can be searched by theme, trending tags, editors’ picks, or by user rating, which grades the creative contributions by a simple star system. This confronts the first-time user with the question of reliability again, but as the content is free and also short, it is easier to dip in and out of stories – indeed, MacGuffin even traces this data for users of the site, tracking the exact point at which readers lose interest.

Manchester writer Fat Roland is one discovery on MacGuffin. His short story Norway charts the disintegration of a relationship on a short trip that is meant to save it. It shifts between the plural (“We are not the kind of people that stick pins in maps”) and the second person singular (“You are full of shoulds”) as the couple arrive in Norway and “dig a hole and lie face down in the ground”.

The flash fiction form gives the central metaphor just enough room to breathe, and the conceit is both witty and emotionally affecting. The author’s own reading of the story, however, works less well. Writers using the site must provide an audio recording alongside their contributions, and not all of them are good readers of their own work.

Also on MacGuffin, Thijs de Boer’s Walking Urge, in a translation from the Dutch by Liz Waters, is written in a more contemplative style. Set in a mental institution, it offers an interior monologue by a patient as she navigates the circular corridors of the repurposed old folks’ home: “none of the nurses wanted to stand at the end of the corridor all the time to explain to the old people that this is the end. You can’t go any further. This is the end.”

It is a terrific, moving meditation on mental health from a writer who is yet to be published elsewhere in English. Hopefully, the exposure that MacGuffin gives her will boost her profile. As the Amazon model has proved, securing an audience by self-publishing is one route to developing a more traditional relationship with readers.

Sara Keating is an arts journalist