Don’t Let’s Go To The Dogs Tonight: An African Childhood by Alexandra Fuller 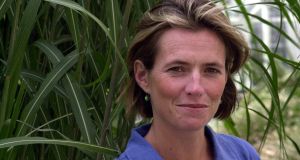 The publication of this book in 2001 caused a stir in my family. My grandparents spent time in Zambia when my mother and aunt were small, and my uncle was born there, so I suppose, in some ways, it hit home; the segregation, the animals, the low-humming threat of violence, the drinking, the dusty heat. When they arrived back at Dublin Airport, my aunt mistook her aunt for their new houseboy, and wordlessly handed over her suitcase.

Admittedly, Fuller’s nonlinear account of her childhood in Africa is a little more eventful than theirs. When, in 1980, the Rhodesian Bush War ends, Fuller and her family move from there to Malawi, then to Zambia, taking over various farms, always barely scraping by, navigating snakes, gunshots, societal shifts and family tragedies. Dogs are adopted and die, after terrible droughts come terrible rains. After the loss of a third baby, their mother, already unbalanced, suffers a breakdown.

This is not an idyllic childhood. Yet the writing is completely without sentimentality or self-pity. It is clean, resilient, almost gleaming with love of home, love of family, and a certain, perhaps distinctly African, humorous resignation. Fuller’s recall is astounding, her ability to present a scene from childhood, its scent, its feel, its minute and key details, masterly. This book doesn’t tell you about her childhood in Africa, it takes you there. And it does so with brutal, unflinching honesty.

Certain scenes have lodged themselves in my mind. Her baby sister and the duck pond. The day out devised by the elder daughter, Vanessa, in a desperate attempt to heal the grieving family. The mother dancing alone every night to her Roger Whittaker record. Finding Violet, the maid. I won’t try to describe them – I couldn’t do them justice, and besides, you should go read the book.

Suffice to say, the scenes she depicts, in their richness and in their built, held and finally released tensions, read as well as the most achingly perfect short stories. And this, an entire memoir full of them.