Do we owe Old Ironsides an apology?: Cromwell Was Framed – Ireland 1649 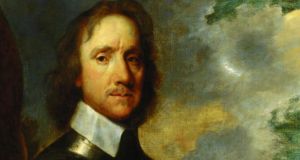 This is an angry little book. Tom Reilly lambastes three academics –John Morrill of Cambridge, Micheál Ó Siochrú of Trinity College Dublin and Jason McElligott of Marsh’s Library – because they panned his Cromwell: An Honourable Enemy (1999) out of “vested historical interests”. Cromwell Was Framed sets out an apparently more nuanced version of Reilly’s original assertion: large numbers of innocent civilians were not deliberately killed at the storming of Drogheda and Wexford in 1649.

Reilly’s style is accessible and lively, but hero worship rather skews historical judgment, specifically in his choice of what evidence to accept and how to interpret that evidence.

Reilly fully accepts only eyewitness accounts of what happened at Drogheda and Wexford published shortly after the events they describe. This blanket ban privileges accounts emanating from the winners, as competing narratives took longer and more circuitous routes into print. Reilly boasts, for example, that in Cromwell: An Honourable Enemy he already demolished a shockingly graphic account by a perpetrator of how he and his comrades killed women and children at St Peter’s Church in Drogheda.

In fact Reilly’s critique betrayed an inadequate grasp of contemporary idiom and context. A “most handsome virgin” was “arrayed in costly and gorgeous apparel”, the perpetrator said. How, scoffed Reilly, could the soldier tell she was a virgin? Was it not ridiculous to suppose she would dress up and carry jewels in such dire circumstances? (The author can get it badly wrong when he tries to set a context. To take just one example: the “entire Pale community” did not face off against the native Irish in the 1641 rising. Had the Palesmen done so, the insurrection would have been a short-lived affair.) Reilly now relies essentially on the grounds that the confession did not find its way into print for over a century and the perpetrator’s brother, who wrote the account, may have been a closet Catholic.

Here is a clear unadorned and contemporaneous statement that noncombatants were killed: Reilly ignores it. Reilly is rightly sceptical of a post-Restoration petition from “ancient natives” of Wexford but seems, unjustifiably, to omit a statement by the bishop of Ferns, who recalled that English soldiers “murdered” three servants and a chaplain in his palace.

Royalist news books are described as scurrilous – and, to be fair, often are. John Crouch’s The Man in the Moon includes the doggerel “For Noll (alack and alas for wo) / Has lost Lust’s Instrument / Which Makes his Wife to wail and sob.” I am not sure why Reilly includes a report that Cromwell had his penis shot off at Drogheda. But I am glad he did. Incidentally, Crouch and John Wharton are the two royalist hacks who “framed” Cromwell.

Tom Reilly strains too hard to deflect blame from Cromwell in reading each document he does include. Each reading is, in isolation, credible, but the unrelenting cumulative effect is one of special pleading.

Consider the three words at the end of a list of the dead at Drogheda appended to Cromwell’s letter of September 27th from Drogheda: “Two thousand Five Hundred Foot Soldiers, besides Staff-Officers, Chyrurgeons, & c. and many inhabitants”. On the basis of stylistic differences, Reilly insists that “it’s impossible to conclude” that Cromwell “definitely” wrote the appendix. Semantically, he has a point, but so what? If not written by Cromwell, the appendix was written by a secretary or officer and forms part of a single officially sanctioned publication associated with him and not repudiated by him.

Hugh Peters, Cromwell’s chaplain and war correspondent, exulted in 3,552 “of the enemies slain” at Drogheda. If one subtracts 2,500 “foot soldiers” from 3,552, one is left with perhaps 1,000 massacred “inhabitants”. Reilly is having none of it: Peters “says nothing of inhabitants or civilians. The enemy were the enemy.” Would that it were so simple and that writers like this fiery cleric never used collective terms like “enemy”, “rebel” or “rogue” loosely.

The definitive study of these events was written by James Burke more than 20 years ago, and academic scholars have moved on to other questions. Was Cromwell responsible for dragging out the war of conquest, with its cataclysmic human cost, by offering unattractive peace terms? Can more radical subordinates be blamed for a harsh postwar land settlement?

I question the common assumption (not just by Reilly) that it was entirely acceptable to slaughter soldiers who surrendered without securing a promise to spare their lives during a storm. James Turner, a Scottish veteran of the Thirty Years War considered this “cruel inhumanity”. The royalist commander Ormond preened himself for sparing the lives of parliamentary troops taken at Baggotrath Castle (modern Baggot Street perpetuates the name) just a few months before the sack of Drogheda. That said, the following year another royalist commander, the Catholic bishop Éimhear Mac Mahon, slaughtered the English garrison of Dungiven. Practice varied.

The author is to be commended for highlighting a subject that academic historians neglect but piques public interest: the publisher of Cromwell Was Framed asserts on its website that “the Irish nation owes Oliver Cromwell a huge posthumous apology for wrongly convicting him of civilian atrocities”. They shouldn’t hold their breath.