Dinosaurs on Other Planets by Danielle McLaughlin: Planet-sized problems of humanity

A stirring debut collection on the loneliness of being alive 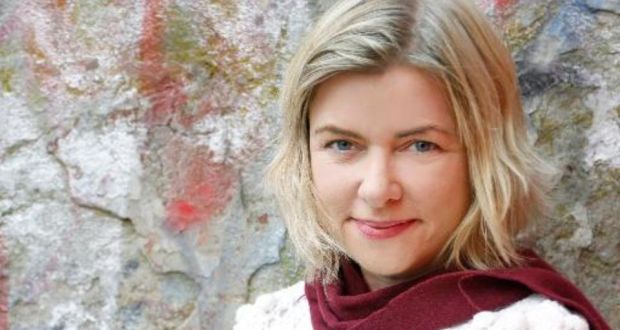 Book Title:
Dinosaurs on Other Planets

‘She felt a small, quiet panic rise up inside of her. It was the panic of a swimmer who has drifted out, little by little, on a rogue current and who suddenly discovers herself to be far from shore.” Like many a short story protagonist before her, Sarah has been jolted with the realisation that her lover has other lives she knows nothing about. Perhaps most famously related by Gabriel Conroy in James Joyce’s The Dead, it is a sensation that falls “heavy and impenetrable” upon the young woman in McLaughlin’s story A Different Country.

Sarah’s trip to her boyfriend Jonathan’s hometown of Kinnego, Donegal, leaves her reeling. It is a wild landscape of bizarre night-time activities, where even wilder characters such as the native Pauline make Sarah feel out of place. Medusa-haired, smoking and heavily pregnant, Jonathan’s sister-in-law is one of many vibrant characters made real by McLaughlin’s vivid descriptions and ear for dialogue: “‘Och, what harm a few fish?’ Pauline said. ‘Pure sinful to throw them back.’” As the strange events of the night unfold, with a darkly comic undertone as Sarah races through the countryside with Pauline in labour, McLaughlin rounds her tale off with a stunning image of seals rising from the water, black and lustrous.

It is one of many memorable descriptions in this captivating and stirring debut collection, whose 11 stories are set mostly in Ireland. The author’s way with endings stands out. Her stories will startle readers with their closing imagery and insights. Nature features prominently as a way to symbolise despair and loss. The galaxy is a fitting backdrop for the immense loneliness felt by Kate in the book’s title story, Dinosaurs on Other Planets, published last year in the New Yorker. A surprise visit from her prickly daughter and beloved grandson throws the disintegration of Kate’s marriage to older farmer Colman into sharp focus: “They were white-hot clouds of dust and gas, and the light, if you got close, would blind you.”

As with Donal Ryan’s recent debut collection, A Slanting of the Sun, there is an older Ireland feel to McLaughlin’s stories. Her style is reminiscent of Claire Keegan and Mary Costello, both of whom also came to prominence through the Stinging Fly. McLaughlin’s award-winning fiction has to date featured in the New Yorker, The Irish Times, Southword and the Penny Dreadful.

The rural farming milieus of John McGahern come to mind when reading Dinosaurs, worlds where men go by their surnames, Club Milks are laid out for visitors and people keep their resentments just below the surface.

Even in the urban landscape of Drumcondra, in the poignant The Smell of Dead Flowers, old Ireland is in the details. A college student lodging with her aunt Lou Anne and disabled cousin Cassie is given “slices of yellow-crumbed ham beside circles of almost translucent cucumber and quartered tomatoes”. As the narrator indulges in school-girl fantasies with lodger Marcus, the reader knows the subtext of Lou Anne’s frustration.

There are few fantasies or perfect lives in McLaughlin’s collection, which reads as an antidote to society’s definition of normal. Women in their forties are looking for love but trapped by the sins of the past, or single and pregnant after an affair. Lily in Not Oleanders is on the rebound in rural Italy after her long-term partner Sandra leaves her to have a child with another woman.

Those in more traditional marital structures don’t fare much better. A father is under severe pressure as he tries to keep a job and watch over his bipolar wife and toddler. A working mother can’t stop the influence of evangelical groups seeping into her homelife.

In The Act of Foot Binding, a cheated wife, Janice, struggles to maintain a relationship with her overweight daughter, Becky, who has taken up the ancient Chinese practice in a most unusual display of teenage rebellion. Kevin, the middle-aged alcoholic father in Those That I Fight I Do Not Hate, is mired in self-loathing and desperation, watching his wife be comforted by his old boss at a neighbourhood Holy Communion party as he gets rebuffed by a former lover inside. “A veil brushed against his arm, the scratch of gauze surprisingly tough.” McLaughlin’s sensual writing lands us in the middle of the Ranelagh garden party, “the pavements scattered with blossoms, the air pulsating with the rhythmic thrum of lawnmowers”.

These are characters who wonder how their stories have gone so wrong, who want to leave their lives “like a balloon leaves a fairground”. As they stumble in the darkness, McLaughlin tempts the reader to seek answers with her intelligent and beautiful prose. Looking over her husband’s shoulder at a poster of the universe in the eponymous story, the lonely Kate is a modern-day sage: “We are there, she thought, if only we could see ourselves, we are there.”